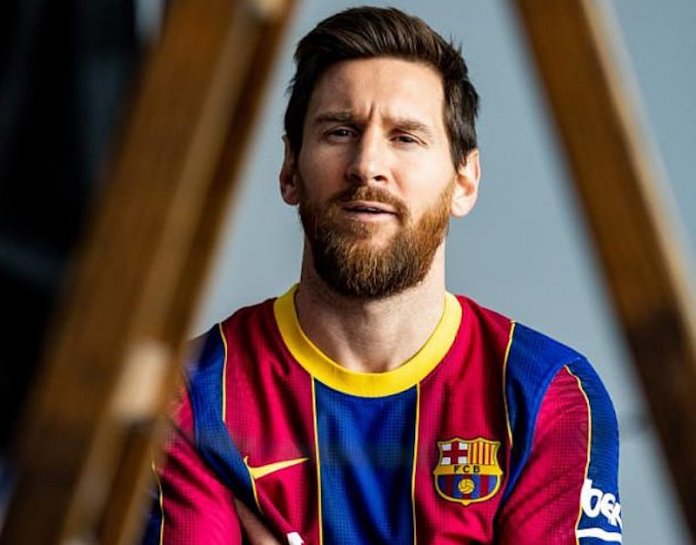 FC Barcelona on Tuesday officially presents the new jersey for the 2020/21 season, whose design is inspired by the 1920s, considered the Club’s first Golden Era.

The red and blue strip – a retro Barcelona look – went on sale yesterday after the club revealed the design online with plenty of pictures of the club’s stars.

According to price tag released on the jersey, it will set their fans back a cool £136 for the shirt, while the shorts come in at £64 alone that is £200 for the complete outfit.

There are slightly cheaper options on the Barcelona website, with the junior version of the shirt costing £114 and the women’s shirt – with Stanley instead of Rakuten as the sponsor – listed at £127.

The likes of Lionel Messi, Antoine Griezmann and Nigerian Super Falcons and Barcelona Femeni Star, Asisat Oshoala posed in the shirt for pictures as fans went wild over the design.

One commented, ‘Beautiful, amazing!’ while another took the chance to critique Barca’s performances on the pitch while also complimenting the design: ‘Yeah we love the kit but bring back Barca’s EXQUISITE style of playing the game!’

Indeed, Barcelona are likely to be lining up in their new kit next season having lost the LaLiga title to Real Madrid in the 2019-20 season.