The much talked about investigation into the alleged N40 billion fraud perpetrated by the Interim Management Committee (IMC) of the Niger Delta Development Commission (NDDC) by the National Assembly, began last week with the Senate holding a two-day public hearing into the alleged financial recklessness of the IMC between February and May, 2020.

Senate committee room 231 was filled to the brim as the public hearing organised by the Senator Olubunmi Adetumbi-led Ad-hoc committee commenced in earnest last Thursday with stakeholders including the office of the Accountant-General of the federation, the Central Bank of Nigeria (CBN) and the current Interim Management Committee of the NDDC in attendance.

President of the Senate, Dr. Ahmad Lawan, was on hand to declare the public hearing open with a warning that the allegations of financial recklessness and misappropriation of funds leveled against the Interim Management Committee of the Niger Delta Development Commission (NDDC) are unacceptable hence the decision by the Senate to investigate the activities of the Commission.

Lawan, who underscored the need for prudent application of public funds by Ministries, Departments and Agencies of Government (MDAs), emphasised that same had become imperative in view of scarce income at the disposal of the federal government.

He said: “Financial recklessness is not an attribute that anyone can afford, whether rich or poor. It is even worse with the poor, or for the organisation or a country with limited resources.

“This is the reason we have always highlighted the need for prudence in the application of public resources. The time when public resources are seen as nobody’s is long gone. We are in trying times, when we all have to be concerned about judicious use of scarce incomes.

“The NDDC is an important statutory agency that is supposed to improve the lot of the Niger Delta community. It is, therefore, unacceptable to hear about inappropriate use of resources, or outright financial recklessness.”

According to him, the weighty allegations of misappropriation of public funds to the tune of N80 billion by the Interim Management Committee of the NDDC prompted the upper chamber to investigate the Commission. He expressed delight that the Ad-hoc committee has made excellent progress by requesting and receiving vital information from identified stakeholders.

“This public hearing should further help the committee get more information, to enable them to come to a pleasant conclusion on the facts on ground, before reporting back to the Senate.

“I have trust in the ability of this committee to do the right thing, but I add that you all have to cooperate with them and be open-minded and frank with your submissions.

“The Senate will be fair to all. Our aim is to get all evidence, to make excellent decisions, to benefit the citizens. Your cooperation is therefore very important”, the Senate President added.

Chairman of the Senate Ad-Hoc Committee, Senator Adetumbi, in his welcome address said, the panel in line with its mandate sought “to holistically investigate all financially related allegations, mismanagement and misappropriation and the breach of the extant procurement processes as enshrined in the public procurement Act 2007.”

He added that: “The exercise is not aimed at witch-hunting any individual, groups, persons or institutions, but to rather get at the root of the matter, that will aid in repositioning the NDDC to effectively deliver on the mandate on which it was established, to block leakages of financial mismanagement as well as promote the effective utilisation of its resources for the overall development of the people of the Niger Delta region.”

At the interactive session held after the opening ceremony, the Senate committee disagreed with the IMC over funds spent as COVID-19 palliatives for both NDDC staff as well as police commands in the nine oil producing states.

Senator Adetunbi-led Ad-hoc had queried why huge amount of money was given to workers of the commission as relief for COVID-19 pandemic wondered why N10m was given to a single staff as Covid-19 relief fund without the person testing positive to the virus.

“From the financial statements or documents forwarded to this committee from your office as regards expenditure carried out between October 29, 2019 and May 31, 2020, monies expended on COVID-19 pandemic relief are mind boggling. Out of the total expenditure of N81.495billion spent by both the IMC led by Mrs. Gbene Nunieh as Managing Director between October 29, 2019 and February 18, 2020 and the current IMC led by Professor Daniel Pondei between February 19, 2020 and May 31, 2020, N3.14billiion was spent on COVID-19 pandemic as relief funds.

“Highly disturbing is the fact that based on the records of payment of such funds, a whopping N10million was given to a single staff while two other staffers collected N7million each.

“Also included in the COVID-19 pandemic relief largesse, as clearly stated in your submitted financial documents, is N475million given to the Police High Command for purchase of face masks and Hand Sanitizers for men and officers across the nine states in the Niger Delta Region,” he said.

In their separate explanations, however, both the Managing Director, Professor Pondei and Acting Executive Director (Project), Dr. Cairo Ojougboh, defended the various expenditure saying they were done in the best interest of the Commission and Niger Delta Community at large.

Pondei explained that the Commission alone has 150 policemen attached to it for security purposes aside the various Police Commands of the affected nine States in the Niger Delta Region.

On his part, Ojougboh made allegations of financial meddlesomeness, contracts grabbing and splitting against Chairman of the Senate Committee on Niger Delta Affairs, Senator Peter Nwaoboshi and his counterpart in the House of Representatives.

According to him, out of 2,900 emergency projects the Commission planned to carry out in changing the face of the Niger Delta Communities, the two chairmen requested for 1,000 projects to be executed by them as they have been doing over the years.

“Aside projects grabbing, the two Chairmen are holding the Commission to ransom on its 2020 budget, which had been submitted since November last year but yet to see the light in July 2020.

“We have lost confidence in the two chairmen, who are have been hijacking and bastardising operations of the commission over the years,” he said.

Responding to the N40 billion allegation levelled against the current IMC by the Senate within the first three months of this year, Ojougboh said there was nothing of such.

According to him, no single Kobo is missing in the account of the Commission since February 19 this year, when the current IMC assumed office.

He said: “The current IMC met debt of over N3trillion as payments for contracts awarded and executed by previous management, out of which N156 billion had been released and ready for payment”.

Other members of the Ad-hoc committee, which has up till next week to submit its report to Senate at plenary are Senators Jika Haliru, Tanko Almakura, Abdulfatai Buhari, Chukwuka Utazi, Ibrahim Hadeija and Degi-Eremienyo Biobarakuma.

The two chambers of the National Assembly had in May resolved to investigate an alleged N40billion fraud by the IMC of the NDDC.

While the Senate raised a seven-member ad-hoc committee to look into the allegation, the House summoned the Minister of Niger Delta Affairs, Akpabio, and the IMC to explain to the House the plan of the commission to ameliorate the effect of the present economic situation on the region.

After debating a motion sponsored by the Chairman of the Senate Committee on Navy, Senator Thompson Sekibo, the Senate passed a resolution to investigate the allegations on how the IMC spent N40 billion between Feruary and May, this year.

He said while President Muhammadu Buhari set up IMC to co-ordinate forensic audit of financial transactions carried out by the dissolved board of the commission, reports emanating from IMC indicated financial recklessness by the new management.

He added that aside financial recklessness by IMC, the commission also indulged in arbitrary sack of the management staff of the commission.

“While President Buhari’s action of setting up an IMC and the forensic audit may have been conceived to forestall the financial recklessness of the commission and reposition for fast-tracking of the development of the region, the IMC has been more bedeviled by the same financial misuse, misapplication, misappropriation or outright fraud in the management of the funds of the commission.

“Within the last three months, the commission has spent over N40 billion of the commission’s fund without recourse to established processes of fund disbursements, which has opened up further suspicion among stakeholders of the Niger Delta Region,” Senator Sekibo had alleged.

Reacting to the move by the federal legislators to probe the agency, the Commission alleged that the probe was simply designed to scuttle the Forensic Audit currently going on at the NDDC, which was ordered by President Buhari, following alleged corruption by the interim management.

Ojougboh also accused the Senators and members of the House of Representatives of being behind the fraud in NDDC.

Speaking on the Morning Show, a programme on ARISE NEWS Channel, the broadcast arm of THISDAY Newspapers sometime in May, he stated that the leadership of the National Assembly Joint Committee on Niger Delta Affairs “raised and vandalised” the commission’s 2019 budget. 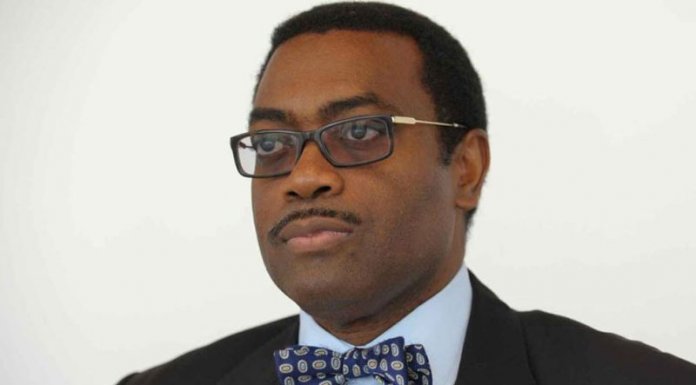