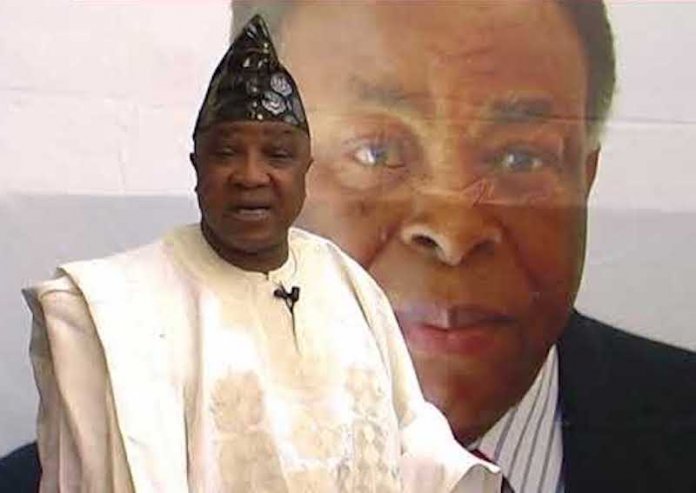 There are lessons to be learnt from the life of Chairman, Sogenal Oil &Gas, Otunba Funsho Lawal (OON, CON).
An encounter with the Oyo State-born businessman reveals a man of exceptional intellect, with a profound passion for his calling.

As he turned 65 recently, he evokes a rare combination of critical approval and public affection – love, even. This may not be unconnected with the fact that he is audacious in his simplicity and brilliant in his business exploits.

For many years, he has become a reference point in the nation’s oil and gas sector. This is not a mean feat, as those close to him attribute it to his relentless efforts as well as personal strength built through struggle, tenacity, resilience, unbending determination, focus and business acumen.

Interestingly, he also shares that strength with tremendous compassion and empathy.
Channelling his own experiences, he has personally touched the lives of countless others who have had to confront their own challenges.

The billionaire towers above many of his contemporaries, particularly because he has been in the warm embrace of fame for many decades.
No wonder, when a man with such phenomenal achievements celebrates his birthday, not a few would want to share in his joy.

Though the former president of Petroleum Club didn’t throw an elaborate party due to COVID-19, his fans, friends and associates celebrated him to high heavens with praises and encomiums.

The oil magnate, who may be regarded as an encyclopaedia of sorts in the sector, is the brains behind one of the most successful indigenous oil production companies in Nigeria.

He knows his onions, having been in the business for decades. Little wonder, he led the Petroleum Club for many years. He is currently a member of the Board of Trustees of the club.
Lawal, a former chairman of the Corporate Affairs Commission, apart from oil and gas, also has his fingers in other sectors of the economy.

The brilliant business mogul obtained both his Bachelor’s and Master’s degrees in Petroleum Engineering from the University of Wisconsin Madison, US.

A first-class engineer, he started his career as a trainee engineer in Tenneco Oil in 1979 and became a Systems Analyst with the Control Data Corporation in Denver Colorado. He later moved to Citibank New York in 1985 as one of the pioneer staff of the bank’s new franchise in Nigeria. He rose to the position of the Vice President of the bank in Nigeria and retired from banking in 1992 to set up a group of companies in the oil and gas, financial services and real estate sectors in Nigeria.