THE ALTERNATIVE STORIES and PUBLIC SPHERE

Are you a Nigerian voter? Did you vote during the 2015 and 2019 elections? Were you mesmerised by President Muhammadu Buhari’s sugarcoated promises of CHANGE and NEXT LEVEL? Well, I have got news for you!
Do you want to know what Buhari thinks of you, the Nigerian voter? I mean, what he really thinks, not what he said during his Taqiyya-style campaigns. You are in for a shock.

Go to Buhari’s verified Instagram page. During the 2015 and 2019 elections, he was posting on IG per second. Immediately he rigged himself back to power, his posts stopped! His last post was on May 29, 2019, the day he was sworn in! Buhari dumps people (Magu, Sowore, Ezekwesili, Tinubu, Soyinka, Orji Kalu, Oshiomhole) after he has finished using them!

On September 15, 2017, I published a post on Facebook as follows:
This is Oby Ezekwesili showing her 36 teeth as she received a standing ovation from Muhammadu Buhari and the leadership of the All Progressives Congress (APC) on March 7, 2014 after delivering a speech lambasting then President Goodluck Jonathan. Today, the same Buhari, through his spokesman Garba Shehu, called her a ‘petty hypocrite’! A lesson to those who think destroying others will get them promoted #ObyUsedAndDumped.
It is now three years after I made that post. Did I lie?
When you sell your brother for either money, power or fame, even the buyer will not trust you. This is the story of the following:

* Omoyele Sowore
* Oby Ezekwesili
* Bola Tinubu
* Wole Soyinka
* Oshiomhole
* Rochas Okorocha, and many more
Today, President Buhari is doing to them what former President Jonathan would NEVER have done to them!
They had freedom of speech under Jonathan. They had the third fastest growing economy in the world under Jonathan. They had freedom to protest and organise ‘Revolution Now’. Yet, they said ‘Jonathan is the worst Nigerian leader ever’. Now, allow them enjoy their ‘best leader!’

You see, no matter how far and fast falsehood has travelled, it must eventually be overtaken by truth.
What happened to all those lies that Ibrahim Magu was telling against Jonathan? The media trial? The leaks by EFCC itself to the press? The warrant to US banks in search of Jonathan’s non-existent foreign bank account? Today, who is the thief between Magu and Jonathan? The truth is that Magu is a low mentality thug, unsuited for the sensitive position he held, and tolerated by Buhari for as long as he went after Buhari’s enemies and left his friends like Bola ‘Bullion Van’ Tinubu alone. Now, he was not removed for his corruption and incompetence. He was actually removed because foreign governments refused to work with Buhari, and give him the loans he so desperately needed unless Magu was removed!

On Sunday, March 31, 2019, I wrote an article titled ‘Facts That Prove Ibrahim Magu is a Hypocrite’. Today, one year later, reading that article sends shivers down my spine as to how accurate I was in predicting the exact fate now befalling the hypocrite called Magu.

And to think that just a few weeks ago, this same Magu was waxing philosophical about Hushpuppi and Mompha, not knowing that they were partners in crime. Where are those who attacked me for saying that ‘under Buhari, corruption is official’? I hear the man is now singing like a canary!
Consider the following:

President Buhari’s wife fights with his nephew at Aso Rock with gunshots
SARS forcefully obtains money from innocent Nigerians
The Chief of Army Staff kills 347 unarmed Shiite men, women, children and infants
The Chairman of EFCC is a crook.
Governor El-Rufai admits paying herdsmen instead of prosecuting them for killing Nigerians
Boko Haram are pampered and rehabilitated
Umar Ganduje (Gandollar) leads APC’s Edo electioneering team
Tinubu ‘Bullion Van’ is APC’s National Leader!
Do you now see why I said ‘under Buhari, corruption is official’?
Someone read what I wrote about the blackmailer, Omoyele Sowore, and said I should forgive and forget because I am a pastor.

That is how satan misleads people. ‘Forgive and forget’ is NOT in Scripture. It is a phrase that has come to be accepted as being religiously correct, but it has no basis in Scripture. It is a satanic deception on God’s children to make us follow our emotions and think we are following Scripture. Read Romans 16:17. That verse says:

“MARK them which cause divisions and offences contrary to the doctrine which ye have learned; and AVOID them.”
It is this stupid and unscriptural ‘forgive and forget’ philosophy preached by Wole Soyinka on behalf of Buhari in 2015 that made us willfully suspend our intellect and expect a man who was an undemocratic despot between 1983-1985 to be a democratic saviour in 2015.

It is commonly said ‘fool me once, shame on you. Fool me twice, shame on me’. Nigeria should be ashamed of herself for allowing Buhari to fool us twice.
Anyway, returning to the using and dumping of Ibrahim Magu, by l Buhari, is there any law that says the Chairman of the EFCC can only come from the North? Magu has gone and is replaced with another Northerner, Mohammed Umar. There have now been five chairmen. Each has been a Northerner. Each of them has been a Muslim. What is happening? Are there no credible Southerners? Even if there is an unwritten law that the EFCC Chairman must come from the North, are there no reliable Christians in Northern Nigeria?

Whatever the case, let me end this piece by listing ten alleged crimes that the former strongman of the EFCC, Ibrahim Magu tried to ignore:

Reno’s Nuggets
When you suffer embarrassment publicly, many people will privately show their support to you. That is not love. Love is not shown in secret. The person who truly loves you would publicly associate with you during your embarrassment. Beware of secret love. Christ had 12 Apostles. None of them came to his execution on Calvary, except John. That is why John is called the Beloved Apostle. The people who associate with you while you are in the limousine are not your lovers. Wait until you only have a bus to know your lovers.
#FreeLeahSharibu #RenosNuggets. 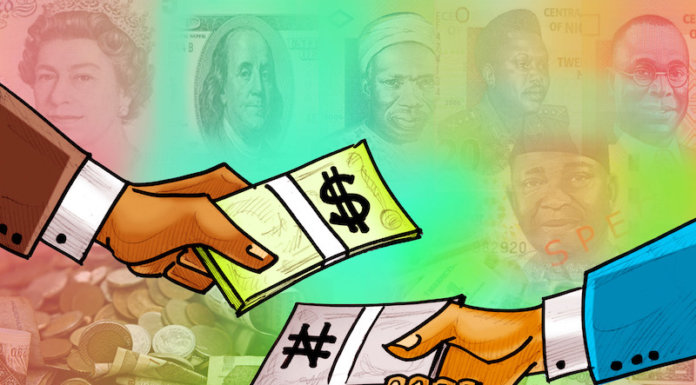