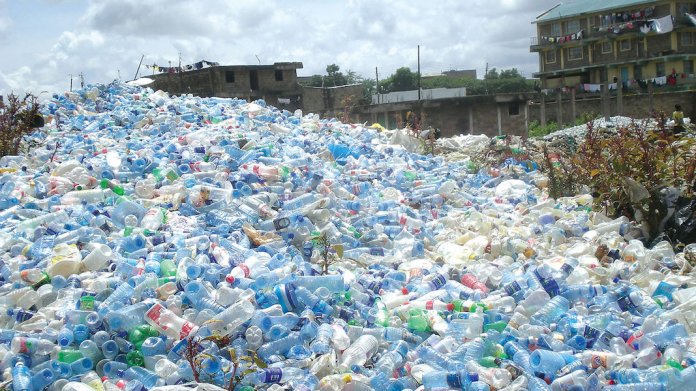 The authorities could do more to protect the environment

Scientists have raised global concern that plastics pose unimaginable danger to humanity and may reach crisis levels unless deliberate actions are taken to reverse the trend. The warning is particularly important for Nigeria since it is believed that plastic bags that are used daily can take between 10 to a thousand years to decompose, while plastic bottles can take 450 years or more. Yet, because single-use plastics are light, strong, can be shaped easily and cheap to produce, they litter the entire national landscape today. And as hazardous as that is for the future of our country, nobody seems to be paying attention.

According to experts, the process of manufacturing plastics and its disposal through burning/incineration is harmful to workers and that it does not decompose makes farming cumbersome and kills livestock. Also, studies show that single-use plastics are harmful to the environment and have suggested that manufacturers of plastics can switch to reusable products because single-use plastics’ waste can take up to 1000 years to decompose in landfills/dumpsites. Eighty per cent of litters, according to the United Nations Environment Programme (UNEP), are plastics, and they may constitute more of foreign materials in the sea than marine mammals by year 2050, and this would eventually lead to the destruction of sea life, and adversely alter the ecosystem and human race. The Nigerian Conservation Foundation (NCF) believes the disposal of plastic waste needs to be handled with urgency and that everyone has a critical role to play in mitigating the issue at the household, national, regional and global levels.

With worldwide awareness and action for the protection of the environment, there is an urgent need for government at all levels to trigger actions that would control the production and use of plastics that are not reusable or cannot decompose. Nigeria’s environment is polluted by all manner of plastics–from the straw for sipping beverages to those used for packaging and storage. The nagging question that keeps cropping up is: what can be done about this menace that neither the society nor the authorities seem to be paying attention to?

Everybody in either a household, office or neighbourhood in the country has various types of plastics that are not recycleable/reusable and which at end-of-life are littered on the streets, caught in fences and trees, dumped in drains, rivers and lagoons, the ocean and all manner of places where they cannot biodegrade (decompose). This is where the problem lies. The federal government, we understand, only made a feeble attempt to ‘mark’ the World Environment Day at the Presidential Villa in Abuja but not even a whisper of what was discussed got out of the four walls of the room where the meeting took place. Naturally, no event took place in all the offices of the Federal Ministry of Environment in the states for undisclosed reasons.

The federal government needs to take concrete actions to protect the environment and rid it of plastics as some African countries have done by placing a ban on plastic bags, which are the most commonly used form of plastics. Some of the African countries that have banned plastic bags include Benin Republic, Cameroon, Chad, Eritrea, Ethiopia, Morocco, Mozambique, Malawi, Niger, Rwanda, Madagascar, Senegal, Gabon, Gambia, Guinea-Bissau, Ivory Coast, Tanzania, Tunisia and Kenya while Botswana and South Africa introduced high levies on plastic bags. This has led to many retailers charging a fee on plastic bags and consequently a reduction in its use in both countries.

Nigeria should also take a positive position on the eradication of plastic pollution in the overall interest of our people and future generations.