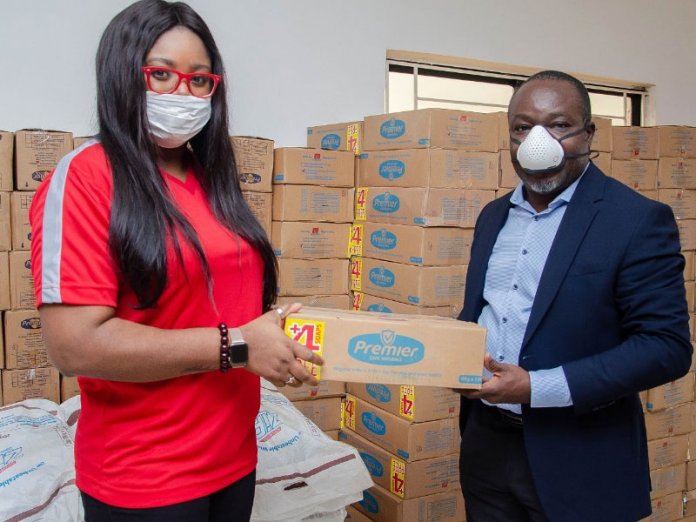 The PZ Cussons Foundation recently donated soaps to the Lagos State Ministry of Health towards controlling the spread of COVID-19 in the state.

The donation was received by the Permanent Secretary, Lagos State Ministry of Health, Dr Olusegun Ogboye.

The PZ Cussons Foundation had previously donated soaps to over 40,000 people in six major cities across Nigeria in collaboration with the Foundation for Refugee Economic Empowerment (FREE), a UK and Nigerian Charity that aims to provide high quality, timely, accountable, and inclusive humanitarian assistance to displaced persons towards enabling them to return to normal and sustainable productive lives.

The Foundation made a promise to extend this gesture to other areas of the country affected by the pandemic, one which it has now fulfilled.

Speaking on the donation in Lagos, the Chairman, Board of Trustees of the Foundation, Prof. Eyitayo Lambo, said: “After learning that one of the simplest ways to stay protected against the coronavirus is by consistent handwashing with soap, we made a commitment to support the effort of government in its fight against the spread of the virus.

“We started with the north as there were quite a number of vulnerable persons there. We have now extended similar support to Lagos seeing how we have recently experienced a surge in the number of cases in the state.”

According to him, the goal was to support the efforts of the Lagos state government, as well as encourage residents of the state to stay protected by washing their hands regularly.

“Proper sanitation and hand washing with soap remains an easy, effective, and affordable way to prevent diseases. Therefore, on behalf of the Lagos State Ministry of Health and the Lagos State Government, I want to say thank you to the PZ Cussons Foundation for their support.”

Launched in 2007, the PZ Cussons Foundation has been helping Nigerian communities by supporting projects in the areas of roads, and other infrastructural improvements such as water, sanitation, health and education. The Foundation has completed over 100 projects in different parts of the country since inception.