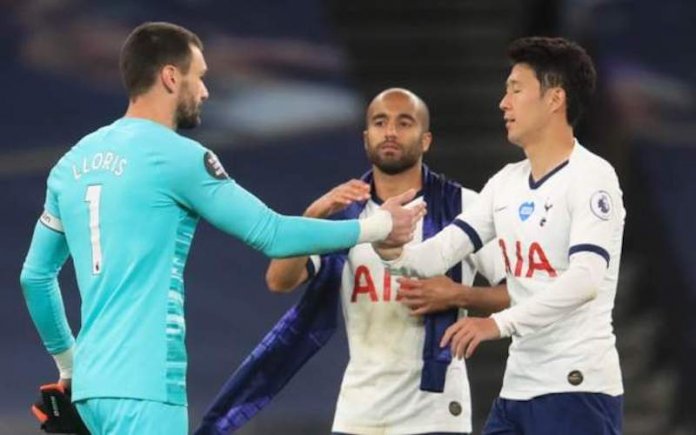 Manager Jose Mourinho brought up his 200th Premier League victory as Tottenham edged past Everton 1-0 in a match during which home players Hugo Lloris and Son Heung-min had to be separated by team-mates.

A tepid contest threatened to boil over as the teams left the pitch at half-time when Spurs skipper Lloris ran over and shoved Son in the back.

The South Korea forward tried to react but was pushed down the tunnel by his team-mates, with others having to hold back France World Cup-winning keeper Lloris.

It was the flashpoint of a largely uneventful affair which was settled by Michael Keane’s own goal, the ball deflecting in off the Everton defender from Giovani lo Celso’s strike.

The Toffees barely threatened in a poor attacking display and substitute Anthony Gordon’s long-range strike, which was straight at Lloris, their only shot of note.

The win keeps alive Tottenham’s hopes of playing European football next season. They move up to eighth, four points behind sixth-placed Wolves, while Everton stay in 11th.