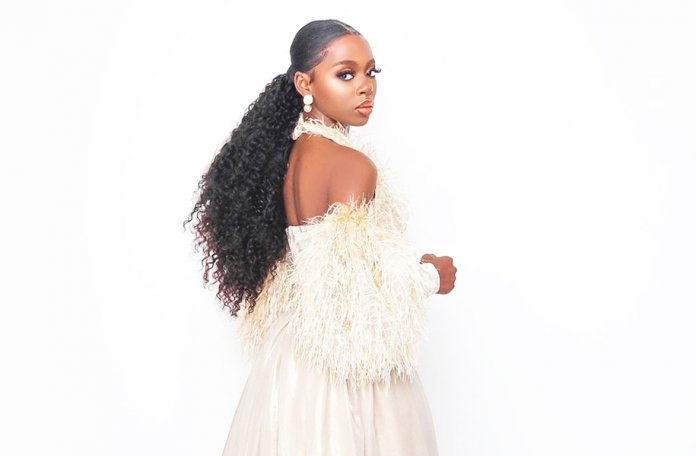 Diane Russet of Big Brother Naija Pepper Dem fame has released the trailer to her new movie titled, Storm. The filmmaker, who already has two short films to her credit, dropped a clip of the forthcoming movie via her Instagram page. The Michael ‘AMA Psalmist’ Akinrogunde-directed movie stars Diane alongside, Daniel Etim-Effiong in the lead with fellow ex-Big Brother Naija housemates, Ike Onyema, Sir Dee, and Atteh Daniel as supporting characters.

The one minute trailer shows Diane, who seem to have falling in love with a mystery man by the name Storm, saying over the phone to Storm who would not want her to know more about him until they meet: “I didn’t just expect the name Storm.” Eventually both agreed to meet but to Diane’s surprise, it turns out a hoax as the mystery man was nowhere to be seen or heard.

Prior to this, Diane had released two short films, “The Therapist” and “Bayi”. Her first production, ‘The Therapist’, treated sociocultural issues based on the throes of underage marriage. While her second, Bayi, takes on relationship, featuring Nigerian singer, Iyanya. The Storm promises to be interesting likewise, as she’s excited and can’t wait to show the magic her team created. “Who is ready for the trailer? I am excited and can’t wait for y’all to see the magic we created. Anticipate #STORMthemovie,” she posted.

Diane, whose real name is Precious Yunana Yashim, while in the BBNaija house, had expressed interest to join the movie industry when Nollywood star and producer, Funke Akindele-Bello visited the house.

In her response, Funke Akindele expressed delight that she can’t wait to have Diane Russet on the set of her comedy series, “Jenifa’s Diary”.

Given the success of her first shorts, this new one will likely also do well.

Seemingly reserved 24 year-old reality television star, Diane appears to be the cynosure of all eyes at the ongoing Big Brother Naija Pepper Dem Reunion show. She pulled a ‘storm’ that got fellow housemates stunned. This happened when Diane walked out of the set after the host Ebuka called the name of a celebrity who possibly caused a strain in her relationship with fellow housemate, Elozonam.

The latest episode of BBNaija 2019 reunion show is filled with a lot of drama. This particular episode of the reunion show was centred on relationships (the sailing and sinking ones) that started in the house and how they are faring outside the house. Mercy and Ike relationship was the first to be spoken about in the show and then the ‘Dialo’ Diane and Elozonam. Diane and Elozonam gave updates about their relationship. Diane revealed she like Elozonam while in the house, but she felt different when they came out.

According to Diane, Elozonam is not someone who is forgiving and he holds things to heart. She also said that she would have loved for Elozonam to treat her the way Ike treats Mercy. Elozonam also revealed that Diane treated him like an option and hinted that there was a certain someone Diane was more interested in than him and was trying to avoid being asked on set. Ebuka in his mischief-making way just had to let everyone know when he asked how much handsome Nollywood actor, Mawuli Gavor, had to do with their situation. The question obviously got Diane angry and embarrassed as she stormed out of the set.