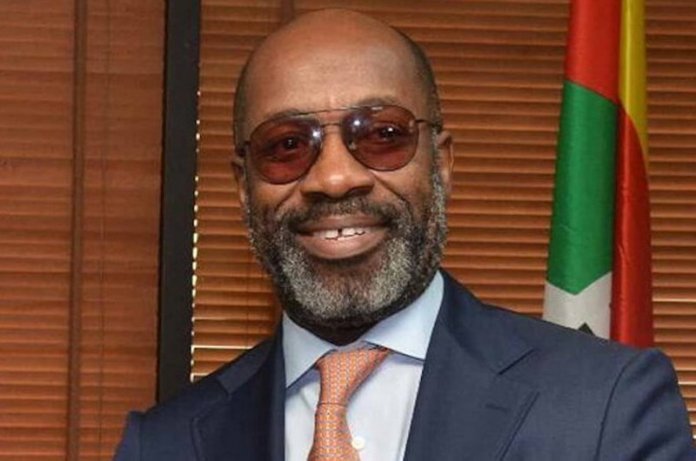 Before his new redeployment a few months ago, Ewubare was the Group General Manager, National Petroleum Investments and Management Services (NAPIMS) and was the Managing Director of the Integrated Data Services Limited (IDSL), a seismic data acquisition company of the corporation.

It wasn’t clear if there were official reasons why the corporation’s top shot turned in his resignation letter Wednesday morning, however he attributed his quitting the NNPC to his need to join his family outside the country.

Ewubare, an indigene of Delta State, however refuted insinuations that he threw in the towel as a result of disagreements with the current management of the corporation led by Mr Mele Kyari.

He stated that as a very close friend of Kyari, he had been very supportive, noting that he had nothing against the Group Managing Director (GMD) of the corporation.

He said: “I’m leaving to return to my family in the United States. I have been in NNPC for five years, mostly away from them. With the pandemic, I can’t travel to visit them and they can’t come to visit me. It’s tough. At the core, I’m a family man. Stepping down solely for personal family reasons. That’s the truth”.

Explaining the reasons for Ewubare’s redeployment in May, the NNPC had stated that professional competence, national spread and accountability were prioritised before such deployment.

He said that some Chief Operating Officers, Group General Managers and Managing Directors of subsidiaries were affected in the redeployment exercise at the national oil company.

The erstwhile Chief Operating Officer (COO), Upstream, he said, under the new arrangement, got an additional responsibility for business development, besides managing the group’s ventures.

Obateru announced that Ewubare brings to bear his competence in the onerous task of laying the groundwork for the corporation to take up new business opportunities and challenges thrown up by the COVID-19 impasse.

His position as COO Upstream, was taken over by Mr. Adeyemi Adetunji, erstwhile Chief Operating Officer in charge of downstream directorate, during the reshuffle.