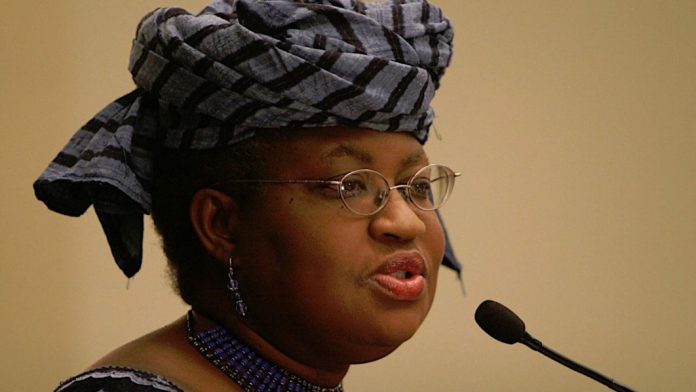 Nigeria’s candidate to head the World Trade Organisation (WTO), Dr. Ngozi Okonjo-Iweala, has described the challenges facing the world trade body as not insoluble, noting that she felt “strong support” from Africa and expects African leaders to unite behind one candidate.

Reuters reported that the former minister of finance, who has more than 25 years of experience at the World Bank, is seeking to replace Brazil’s Roberto Azevedo who announced last month he would step down on August 31 in a surprise move at a critical juncture for the body.

Africa has struggled in the past to unite behind one candidate and the Geneva-based watchdog has never been led by someone from the continent or by a woman, and there is a broad feeling it’s Africa’s turn.

“I cannot presume for any group but I can tell you that I feel strong support from the region,” she told Reuters late on Monday, saying she was having “very constructive conversations” among the 164 members.

One delegate described her as “definitely the favourite,” especially since European Trade Commissioner Phil Hogan dropped out and likely to be acceptable to China and the United States.

Egypt’s Hamid Mamdouh, a former WTO official, is also a candidate and was endorsed by the African Union months ago, before Okonjo-Iweala’s candidacy was announced.

“The problems are very deep and challenging but they are not insoluble,” she said, adding that the need for reform including of the body’s top court which is a priority for Washington.

Critics say she does not have enough direct trade experience, but she says being an outsider is an advantage. Backers laud her negotiating skills, including a deal to cancel billions of dollars of Nigerian debt.

“Over my long career, I’ve managed to build relationships and platforms at levels high enough to be able to dialogue with the right people,” she said.

Nominations are open until July 8 at WTO, which traditionally chooses a chief by consensus.
The Heads of State and Governments of the 15 Economic Community of West African States (ECOWAS) have also endorsed the candidature of Nigeria’s two-term former minister and erstwhile Managing Director (Operations) of the World Bank.

The West African leaders made their position known in a statement signed by President of Niger, who is also ECOWAS President, Mahamadou Issoufou.

“Since the creation of WTO on January 1, 1995, which is a successor to the General Agreement on Tariff and Trade (GATT) established on January 1, 1948, no African has assumed the position of director-general of the organisation,” the group had explained.