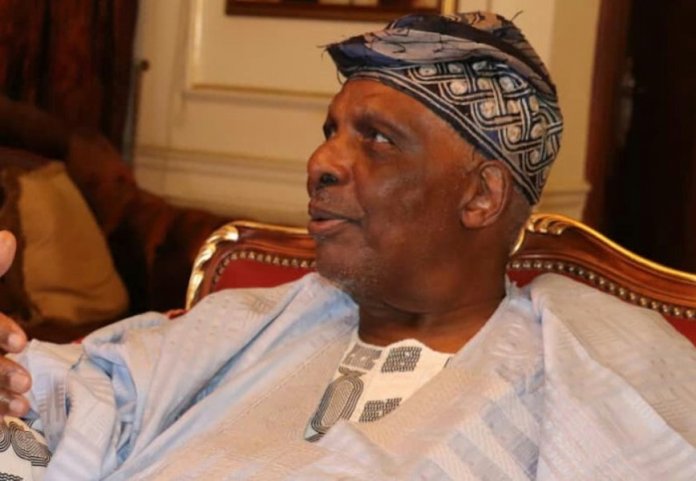 A renowned industrialist from Ibadanland, Chief Bode Akindele, is dead.

THISDAY learnt that the Parakoyi of Ibadanland died Monday morning at his Apapa, Lagos residence. He was aged 88.

Chief Bode Akindele was born 88 years ago, precisely on the 2nd of June 1932. His father, Pa Joshua Laniyan Akindele, was a Chief Tax Clerk for the whole of the Western Region and his mother, Rabiatu Adedigba, a wealthy and politically influential Ibadan trader, was the first woman to go to Mecca in Ibadan.

Condolence messages have started pouring in for the late industrialist. Governor Seyi Makinde of Oyo State, in his condolence message described the death of the foremost Ibadan businessman and philanthropist as a great loss to the state and indeed, Nigeria.

Makinde, who described the late Parakoyi of Ibadanland and chairman of Modandola Group, as a worthy elder statesman and someone who was genuinely interested in the wellbeing of others, said that the late businessman wiould be sorely missed.

A statement by his Chief Press Secretary, Mr. Taiwo Adisa, quoted the governor as saying that the late Akindele contributed in no small measure to the growth of the state and his community.

The governor also commiserated with the family of the late statesman, the Olubadan of Ibadanland, Oba Saliu Adetunji, and the entire people of Oyo State, praying that the good Lord would grant them the fortitude to bear the loss.

The governor said, “The news of the death of our revered elder statesman, Chief Bode Akindele, the Parakoyi of Ibadanland and chairman, Modandola Group, came to us as a shock.

“Baba Akindele was one of the worthy elder statesmen in the state and he lived a life worthy of emulation. As an elder, he was always after the progress and wellbeing of the state and its people.

“I remember that only a few months ago when the state put out calls for support towards the Oyo State COVID-19 Endowment Fund, Baba Akindele was one of the elders who responded by donating N25 million to the state.

“It is sad that we lost such a noble elder and philanthropist at such a moment as this.

“I pray to God to grant his entire family and the state the fortitude to bear this loss.”