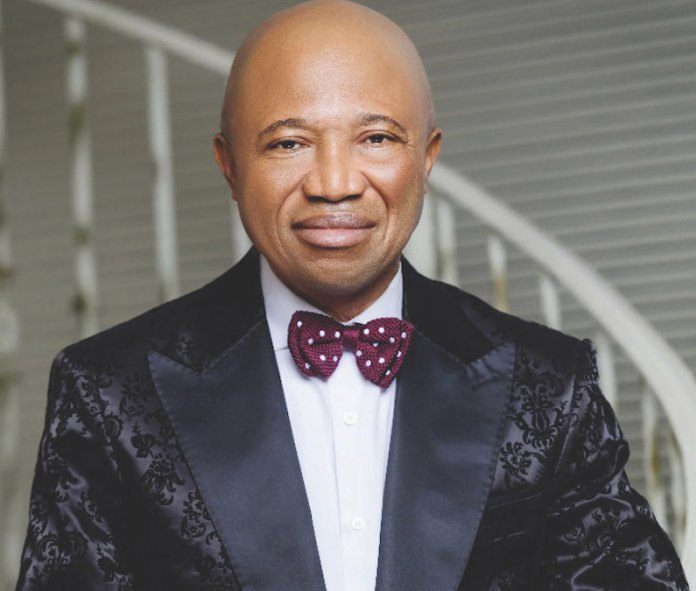 Is it still redundant to point out that an empty vessel makes the loudest sound, so they that have the least wit are the greatest babblers? Sometimes, the oldest and simplest truths are also the most profound. This definitively holds true for Elder Ekeoma Eme Ekeoma, the Chairman of Nepal Oil and Gas Limited. He has an established custom of low-profile birthday ceremonies, and this year’s was no different. Clocking 60, Elder Ekeoma is still as silent and sharp as the blade of King Arthur’s legendary Excalibur.

The 60th birthday celebration of Elder Eme Ekeoma was marked with the same quiet and conviviality with which his 50th to 59th Birthdays were marked. This time, however, the invited crowd was deliberately thinned out to include his stately and affable wife, Ngozi, and their children. The man, even leading a low-profile life, continues to inspire those of his—and even the younger—generation to temperate and cultivated living.

Elder Ekeoma’s adventures and exploits in the Nigerian oil and gas industry have incised his name in the marble walls of indigenous business genius and enterprise. While his brilliance has brought no less than stellar acclaim to his company, Nepal Oil and Gas, it is how he operates that has endeared him to his clients and colleagues.

Nepal Oil and Gas borrows from Elder Ekeoma’s firm disposition for integrity, excellence and innovation. In addition, although the company is firmly rooted in the downstream oil and gas industry, its objectives are far from exhausted or accomplished. This was realised by its many competitors and the entire Corporate village when it introduced a subsidiary—the Nepal Fly Limited—and ventured into the Aviation business.

Beyond business, Elder Ekeoma is a professed and practicing Christian. This core aspect of him is responsible for his donating millions of naira annually in education, rehabilitation of prisoners, employment, and several other aspects of the disadvantaged or underprivileged society.

Elder Ekeoma’s good fortunes also extend to his clan of top-grade human resources. This clan includes his wife, the lovely MD and CEO of Nepal Oil and Gas, Barrister Ngozi Ekeoma; and his son, Alex Ekeoma, the handsome Executive at Geo Travel and Tours.
If you see a man and aren’t sure he’s blessed, compare him with Elder Eme Ekeoma.