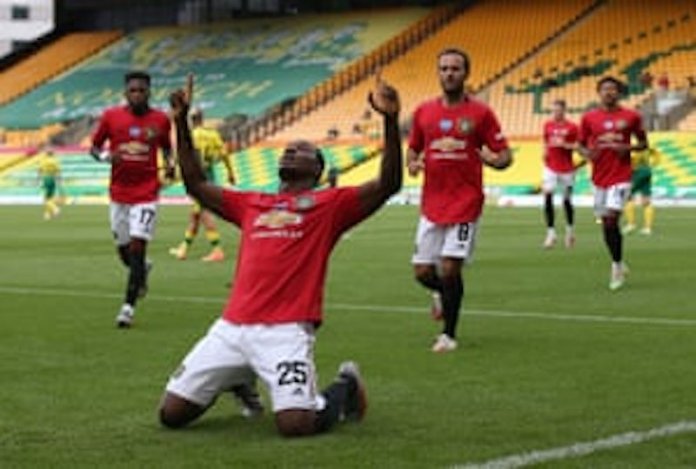 Odion Ighalo was on target yesterday as Manchester United defeated 10-man Norwich City 2-1 after extra-time to progress into the Emirates FA Cup semi-final.

It was Ighalo’s third goal in his second appearance in the FA Cup for United this season. The Nigerian striker broke the deadlock in the 51st minute, stabbing the ball past Tim Krul from close range after Luke Shaw’s cross was deflected towards him.

The game turned on the dismissal of substitute Timm Klose in the 89th minute. Norwich were in the ascendancy after equalising and looked favourites to snatch a late winner before the German was shown a straight red for pulling back Ighalo.
The video assistant referee checked Jon Moss’ decision and confirmed it within seconds.
Neither side particularly impressed in attack, although both goals in normal time were of high quality.
The first was scored by Ighalo, who continued his good run in cup competitions with a flicked effort with the outside of his boot in the 51st minute.

The second goal was even better. Todd Cantwell, Norwich’s best player in attack at Carrow Road, let fly from 25 yards with a low swerving shot that beat the reach of Sergio Romero.
Norwich will now focus on their increasingly difficult task of beating the drop from the Premier League. As for United, this was a patchy display but they remain in contention in two cup competitions and for a top-four spot in the league.
A third semi-final in the past five seasons, but perhaps this match further highlighted United’s need to strengthen the squad.
Solksjaer, apart from one change, faithfully stuck to the XI that got United to this stage. However the attacking display they produced for much of the match was, at best, tepid.

Without Anthony Martial and Marcus Rashford from the start, they lacked the pace and guile needed to get behind a Norwich defence that was well protected by the defensive midfield work of Alex Tettey.
The statistics read ‘no shots on target’ in the opening 45 minutes – six minutes after the break that became one shot on target and one goal. If Solskjaer did give a 2020 update of the ‘hairdryer treatment’ then it certainly worked.

Left-back Luke Shaw, one of those players below par in the opening period, drove behind the Canaries backline and fired in a cross that was played by Juan Mata into the path of Ighalo, who produced a clever finish. That was the Nigerian loan signing’s fifth goal in just five cup competition matches for United.

But instead of building on that advantage, United retreated into their shell again allowing Norwich to get back into the game.
Thankfully for the visitors, the cup gods were smiling down on them when Klose was sent off and, having a stronger bench to call on, it seemed inevitable United would break Norwich resistance.

Krul did his best to keep them at bay, saving from Paul Pogba, Mason Greenwood and Marcus Rashford – three of United’s six substitutes – before remarkably clawing Maguire’s header off the line.

But with two minutes of extra-time remaining, United finally wore their opponents down when Maguire pounced to hooked home. 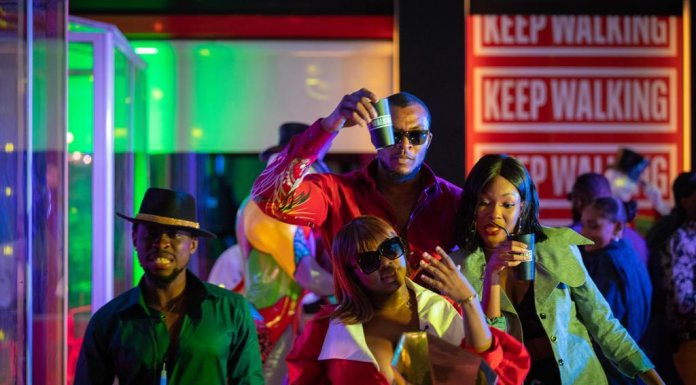 BBNaija Update: Johnnie Walker Takes Housemates Back to the 80s

Nigeria Records No COVID-19 Death as Cases Rise By 453