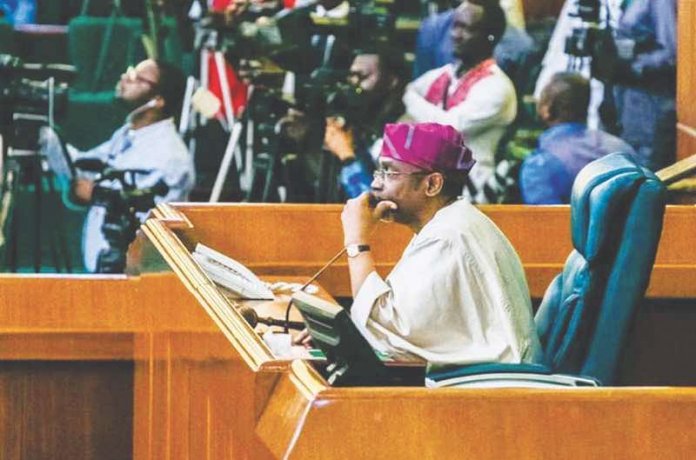 The rape epidemic ravaging Nigeria has become a serious source of concerns to all. From men who could not tame their wild libido to mentally-deranged Pedophiles who prey on babies as young as one week; from Uwa in Benin to Barakat in Ibadan and the vulnerable aged being raped in their homes, the public outcry and outrage has become louder against sex predators.

The Buhari government took special notice in the spike of the heinous crime and declared through the Attorney-General and Minister of Justice, Abubakar Malami that the government would be ruthless with sex offenders, ruling out possibility of plea bargain for culprits.

More disturbing is the fact that rapists invade anywhere including sanctuaries of worship. The evil men that raped and killed Uwa in Benin City, the Edo capital, defied and committed murder in the cathedral.

Reticent and easy-going cleric, Enoch Adejare Adeboye could no longer keep his cool. He was enraged and roared, “Death Sentence Not Enough Punishment For Rapists”.

He never sought forgiveness for men who preyed on innocent women and babies. Adeboye might have concluded that it is a sin unto death. Let the punishment starts from here till hereafter eternity.

Many who thought that the General Overseer of the Redeemed Christian Church of God holy indignation was misplaced would have had a rethink when they read in the news how three young boys raped their pastor’s Feyisara in Ibadan.

The Speaker of the House of Assembly, Hon Femi Gbajabiamila gave a renewed strength to the war against rape by calling on State House of Assemblies to legislate laws that will potentially rein in dare-devil rapists on the rampage.

Gbajabiamila made the call when he received delegation of 12 civil society organisations urging state assemblies to domesticate the Child Rights Act and Violence Against Persons(Prohibition) Act.

The Speaker said: ”We called this meeting to see what we can do. It is to also find out from states that have not domesticated these acts to know what exactly the problems are; what are the issues?

“How exactly can we collaborate from the federal level, from the House of Representatives, the National Assembly, in helping to domesticate these two laws, taking into consideration the different cultures and communities?

“We had a robust debate in the House of Representatives. We had very far reaching resolutions that will address some of these issues. The bottom line is we need to do something fast.”

The meeting, conducted via zoom, was moderated by the Chairman of the House Committee on Women Affairs and Social Development, Hon. Adewunmi Onanuga, with the Speakers of Bauchi, Ekiti, Delta, Edo and Plateau States, among others, in attendance.

This intervention is the latest in the series of people-orientated activism that Gbajabiamila had been waging since he assumed office as the speaker of the House.

The speaker has been a worthy example of how Nigerian political class entrusted with public trust and privileged elites should conduct their affairs. It should be about the people and nothing else.

The essence of leadership is to create a fulfilled life for citizenry and to respond timely when there is a crisis. That is not only the duty of the executive arm of government, a proactive and responsive legislature can also help through legislations and other interventions.

Gbajabiamila has shown how to connect and touch the base with those at the bottom of pyramid without bricks and mortal projects. After all, a man shall not live by bread alone. The speaker was very exceptional in that regard.

Many occupiers of the office before would only wonder in awe how the US-trained lawyer has made remarkable success in repositioning an institution that was hitherto regarded as non-important.

Gbajabiamila knows that in critical times like this, he needed not restrict himself to just lawmaking and oversight business. There is need to galvanize the system to deliver the best to the greatest number of people.

And he demonstrated practically in recent times. Even before he became speaker, Gbajabiamila fumed at the exploitative business model of estimated billing regime for energy consumers in the country. He called out the nation’s 11 Distribution Companies (DISCOS) to meter their customers and let people pay for what they actually consumed.

He championed that struggle to the discomfiture of powerful interests in the power sector.

Gbajabiamila also stood with the people during lockdown about two months ago. He advised the government to walk out modalities with power companies to give Nigerians free two-month electricity during their stay at home period.

He didn’t just talk and acted otherwise, Gbajabiamila-led by example. He rallied his colleagues at the Green Chamber to donate their salaries to ease the pains in town. Many who thought that the speaker will be lackey of the executive were surprised when the speaker rattled the Minister for Health over hazard allowance to frontline health workers fighting Coronavirus.

No doubt, rapists cannot survive the coordinated and multi-dimensional assaults underway. Just as the speaker had led by example, everyone in the position of power must take a cue and use their office to protect the vulnerable.