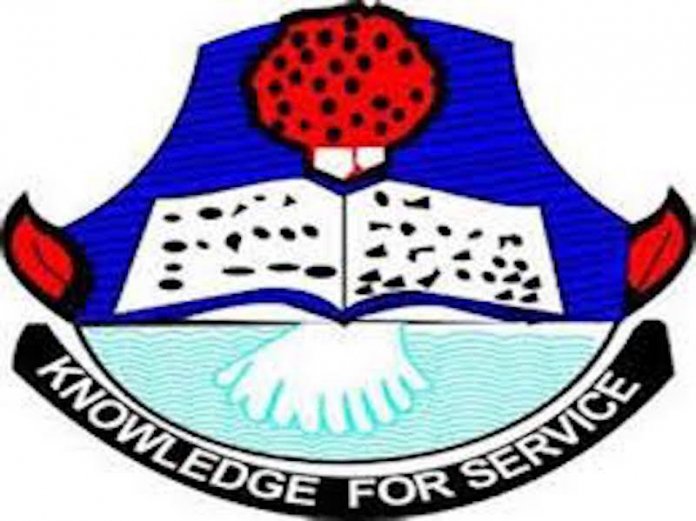 The appointment of a vice-chancellor of a university is a critical task entrusted to the governing council of each university as stipulated by extant laws governing the running of ivory towers in Nigeria. Although such powers to appoint are clearly vested on the university’s governing council, the roles of other critical stakeholders such as the visitor – often the president and minister of education have likewise been imminent.

In recent past, there have been frantic efforts to stem out the meddlesomeness of the federal government in the appointment of vice-chancellors across federal universities. Because of the delicate nature of university leadership and politics, the appointment of a a substantive VC has also been focused on appointing an insider within that particular university. Such a candidate is believed to have the requisite knowledge and understanding of the workings of the university at stake. The trend of bringing or appointing an outsider from the university as VC has been fought and frowned against vehemently.

It is within the prism of these set standards and modalities that the forthcoming appointment of the University of Calabar should hinged on. Since its establishment in 1975 as a citadel of learning and as a campus of the University of Nigeria, Nsukka (UNN), the university has continued to grow even beyond bounds, producing and moulding great individuals who have also continue to add value to society. The university at some stage had challenges and controversies, particularly with the appointment of persons outside the catchment area of the school; much of the policies – specifically in admission were even titled against Cross River indigenes. But since the era of Professors Kelvin Etta, Ivara Isu, James Epoke and the outgoing tenure of Prof. Zana Akpagu, the clock of positive change in UNICAL has been unrelenting, and has been for good.

Thus, it is on that note that the appointment of the next vice- chancellor of the University of Calabar is so crucial and critical. Critical because, university education in Nigeria has naturally become part of our national and global identity. So much that, the competitiveness among public and private universities has reached a crescendo. With the stellar performance of Prof. Akpagu, such as introducing new courses and departments, like Food Science and Technology; Mass Communication; Theatre, Film and Carnival Studies; Dentistry and Dental Science among other courses, the university has created a peculiar niche for itself in many ways.

Also, the proximity of University of Calabar to Cameroun, Equatorial Guinea and Central African Republic has automatically situate the university as a global institution of learning. And as more universities spring up even within the Cross River area, efforts must be put in place to scale up the standards and value-added policies that will be sustainable in the long run. What is needed now is to further digitalize the school in order to project it to the rest of the world. Instructively, the era of running a university like UNICAL on analogue platforms is over.

Further, if we all agree that to move the University of Calabar forward to a digitalized and globalised citadel institution of education, an impeccable and reputable global scholar must therefore lead the university, then, we have solved future challenges headway. Granted, several candidates have already made their interests known, but the interest of Prof. Florence Obi has attracted so much rap attention that the governing council need to painstakingly look at the recruitment of a new VC closely.

While it’s not the duty of any individual or group of persons to influence, persuade or brow beat the university’s governing council to submission in the appointment of the vice- chancellor, the idea of head-hunting the best candidate should be paramount above all other factors. Yet, the council must take into cognisance candidates vying for the post of the VC, their academic standing, capabilities, global exposure, acceptability, industry experience and network and the requisite knowledge of the university community before picking a substantive vice- chancellor. Therefore, the task before the University of Calabar’s Governing Council is and should not be embedded or align with satisfying primordial or village square exigencies, but to root for a candidate with the prerequisite capacity to project the university into the future as a global institution of learning.

More so, the experience of Prof. Obi aptly fits into the equation as far as the search for UNICAL’s VC is concerned. As a Professor of Special Education with bachelor’s and master’s degrees from University of Jos and a doctorate degree from University of Calabar, and certification from the globally acclaimed University of Glasgow, United Kingdom, Obi fits the billing of leading the University of Calabar to more glory in all fronts. As a former Commissioner of Women Affairs in Cross River State Government and consultancy jobs with several United Nations (UN) agencies such as UNESCO and UN Wild Life, the chances of the university transforming to a global centre are legion.

Another salient issue the governing council should look at closely is the issue of attracting funding, raising funds and instituting university endowment projects. As public funding of universities shrinks by the day, due to global economic downturn, the task of the VC has gone beyond waiting for handouts and crumps from the federal government. The office requires one with the global network and reach to galvanize alumni, the private sector, philantrophers and critical stakeholders to privately fund the university.

In summation, in its 45 years history, the University of Calabar deserves an astute scholar with the touch of gold and the foresight to peep into the future through the implementation of discreet policies and increase in infrastructural projects. And in a world where global institutions are beginning to lean towards women to chart the course of sustainable development, the candidature of Prof. Obi glaringly fits into that bill and scale. Yet, the choice to elevate University of Calabar to a global academic institution lies with the governing council and the decision on who they tilt towards to. The task ahead is onerous and critical; but only the best is and should be good enough for the University of Calabar.