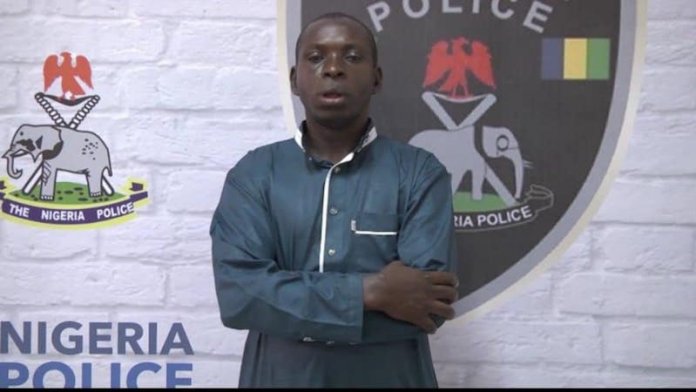 The trial of the alleged Taraba State kidnap kingpin, Mr Bala Hamisu, popularly called Wadume, before the Abuja Division of the Federal High Court, was on Monday stalled following the absence of the trial Judge, Justice Binta Nyako.

The trial scheduled for June 22 could not go on despite the presence of the defendants in court.

Wadume alongside six other co-defendants are standing trial on a 13-count amended criminal charge bordering on terrorism, kidnapping, continual to detain and collection of a ransom of N106m among others.

Justice Nyako had on June 8, 2020 adjourned to today Monday for commencement of trial shortly after the defendants were arraigned after several failed efforts.

Recalled that their arraignment became possible after the office of the Attorney General of the Federation (AGF) took over prosecution of the case from the police.

Wadume was arrested by the police in August last year over acts relating to kidnapping.

His arrest earlier led to the killing of three policemen and a civilian in Taraba state with some military officers accused of aiding him.

However, attempts by the police to arraign the defendants since February this year was not successful until the AGF took over prosecution.

The difficulty was blamed on alleged refusal of the military authorities to release other defendants who are military personnel in the 16-count criminal charge.

The AGF after having seize of the case accordingly reduced the charge from 16 to 13 and also dropped the names of 10 soldiers originally charged with Wadume and others in the amended charge.

The 10 soldiers attached to the 93 Battalion in Takum, Taraba State, allegedly helped Wadume to escape from the policemen taking him to Jalingo, the Taraba State capital, after he was arrested in Ibi, a part of the state, on August 6, 2019.

The troops led by Captain Tijjani Balarabe allegedly killed three policemen and two civilians, while five other police officers were injured, during the soldiers’ attack.

However, the AGF in a statement had dismissed claim that the names of the,10 soldiers were dropped in the Wadume’s case.

He explained that what his office did was to severe the charges in view of the unavailability of the Soldiers who in their own case needed to be released by the military authorities in view of the fact that they were perhaps undergoing military processes before their release.

“It is in the interest of justice to accord speedy trial to the accused persons that are readily available to stand trial as against delaying at the expense of other co-accused persons who in the peculiarity of this case are not available for immediate arraignment.

“It is a common practice that absence of a co-accused will not constitute impediment to the progress of a case. Those available are entitled to fair trial and have their case determined within a reasonable time as a matter of Constitutional rights. More so, looking at the fact that the available accused persons are not to be held responsible for the unavailability of the co-accused persons.

“The Office of the Attorney-Genral of the Federation and Minister of Justice has taken steps to procure the availability of the co-accused and shall have them arraigned immediately upon procuring their availability by the military authorities”, the AGF had said in a statement by his media aide, Dr Umar Gwandu.

They pleaded not guilty to all the charges read to them following wish Wadume’s lawyer, Mr T. Dangana, informed the court that he had a pending bail application for his client. He told the court that the 1st defendant is critically ill and coughs out blood from his mouth.

But prosecution lawyer, Mr Shuaibu Labaran, objected on the grounds that the bail application cannot stand because it is premised on the previous charge.

In a short ruling, trial judge Justice Binta Nyako, however ordered that the defendants be remanded with the arresting officers, that is the IGP Intelligence Response Team (IRT).

Justice Nyako also directed that the defendants be granted access to their lawyers while in custody.

The judge further ordered the police to give proper medical care to the defendants and within the police facility, adding that a medical report on the health of the first defendant should be submitted back to her.

The matter however has been adjourned until July 1.