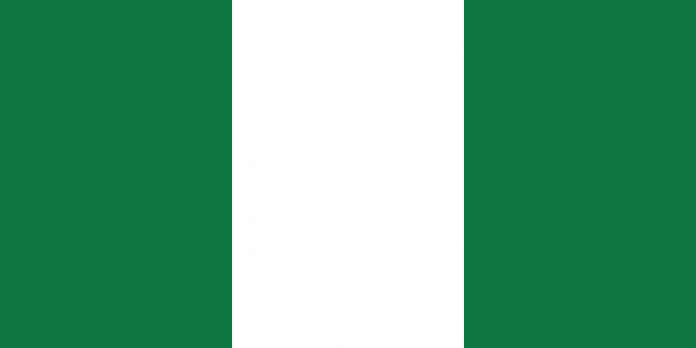 It disheartens to write this piece. I am, without any iota of unbelief, incapable of quieting this desire. I admit my anxieties with respect to my beloved country are somewhat long – this is one. The uptrend in tribalism and tribalistic mindfulness is that anxiety. It roars suspicion, injures many. I often restrain myself from speaking in the extremities of opinions. It’s more attractive to err on the path of balance. Too good or too bad, isn’t always exactly correct, I oftentimes debate. The state of Nigeria today should beggar moderation of concern. Well-meaning citizens should flap their gums against tribe over country. The nation is either striding in the wrong direction or it is, at best, static with the exception of population growth. Let’s not muff it! Tribalism, a massive ill of our nation, predates the subsisting generation. Obafemi Awolowo hymned it. Ahmadu Bello lauded it. Nnamdi Azikiwe was a bit circumspect about it. The leaders that emerged subsequently covertly or overtly have continued to fuel the embers of this anti-nationhood malaise. The unwitting bit is that when Nigeria bleeds, the tribes haemorrhage even more. In present day Nigeria, ill-advisedly, tribalism has morphed, reflecting the policy slant of the various governments.

For Heaven’s sake it is 2020! In a few months, Nigeria will trudge on to its 60th Independence anniversary, ill-fated to have been led by largely tribe-leaning leaders. Most of them are epically skilled at disuniting us. They ignite its fires for private advantages with no genuine concerns for the led and for the polity. They too define Nigeria to the extent of their kith and kin or at best, through the binoculars of tribe and region. What a pathetic view! Their failure to acknowledge the cheering Nigerianness across tribes, in all of us is ceaselessly giving traction to the unrelenting mount of this societal malady. Nigeria is not a foot away from the views, thought-windows and acts that shaped it in the 1960s. The discussions, unashamedly, have remained about: which tribe; which ethnicity and whose turn. Not about Nigeria or not even about Nigerians. The disquiets of the previous two generations are still the qualms of the extant one.

Tribalism is entrenched. ‘Nigerians’ easily slip into tribalistic posturing. It provides a brilliant umbrella for incompetent, small-eyed leaders. It is quickly seen along the corridors of power at both state and federal levels. It gives great boost to hate-spreading. It is destructively dictating and reshaping our national ethos, belief and value systems. Excessively hugging one’s tribal ways easily elaborates intolerance; diminishes and poisons the socio-political space for country good. It is not the conscious dislike, disapproval or intolerance of persons or views that suffer another tribal belongingness that worries me rather it is in the unconscious or subconscious morsel that the thoroughness of tribalism is exposed. The subconscious element gets us sleepwalking into it. Subliminally, we articulate our views, act, react and design policies driven by it. Its grip is harder; its reach, shorter. Tribal consciousness obscures our sense of nationhood, justice and, equity. Nigerians are still tribally prejudicial and bigoted in both political and social affairs but not so much economic (some pretext here?).

In truth, we have to embrace the disheartening fact we have just a few true Nigerians under strong nationalistic searchlights. I know one – Dike Chukwumerije. Tribe has become the emergent identifier and solidifier of the individual, not nationality. In Nigeria, we have Yoruba, Hausa, Igbo, Fulani, Ijaw folks, etc. They belong first to tribe. They are not Nigerians. The ‘true’ Nigerians mostly live outside the country. They gangly walk the streets of Europe, America and Asia. I have seen and listened to countless ‘rich’ tribalistic minds. It does not matter the ethnicity, their slants bear the same coloration. The arguments of the broader, the better do not appeal to them with respect to the Nigeria project. As ‘Nigerians’, we incredibly defend our tribes and ethnic groups in our opinions, actions and contributions. It does not matter if our propositions are right or wrong. Enmeshed in banality, their arguments are predominantly immoral, sectional and unpatriotic. They are below common sense gushes; greatly rupturing peaceful inter-ethnic/ inter-tribal social relationships, business partnerships and scale economies. Many have fallen short of the understanding that tribal slants over national concerns, on many counts, borderlines folly of extremely risky shades; they rarely add that good something to our lives.

Let’s hug a bit of honesty and discard the tribal cloak. Some things defy explicability. Being Nigerian is one. The geo-space called Nigeria cannot be wrong. The people and their leaders are. I am in the hope that Nigeria will grow into an ethno-blind society, where all tribes live in harmony with one another. Having divergence of opinions and outlooks gives more opportunities for new learning. If we regard our diversities as some big gifts, Nigeria will sparkle in a few years from now. Good signs are emerging. The upcoming generation appears less tribal, more national. Their views and actions certainly will define the country’s fate.

The country urgently needs focused, well-intent, visionary leadership with sensibilities to ‘Project Nigeria’. Nigeria needs broadminded leaders with ability to engage its citizenry, explain the ills and misnomers of tribalism. Straightaway, every citizen needs to redefine Nigeria in its broadest understanding. It sells an inviting delusion to think somehow Nigerians will become non-tribal at the right time without everyone putting in the work. What orientation are you – tribal or national? The answer isn’t in your head. It’s in your heart.

Monye is the Convener, The Lunar Leadership Society