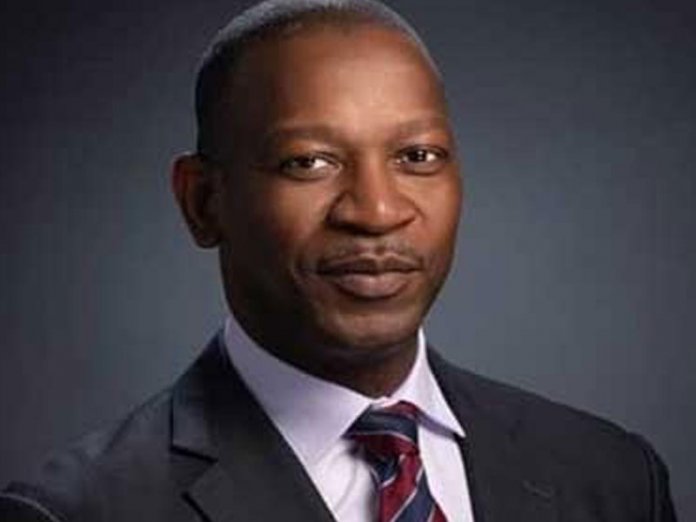 It is not without meaning that the judiciary is often referred to as the last hope of the common man especially here in Nigeria where the rights of citizens are trampled upon almost on a daily basis. This presupposes that the judiciary is the only place the common, uncommon and any other aggrieved person can get justice. Where and when disputes arise, and parties can not settle as between themselves, their families or mediators, no other place comes to mind except the courts. However, the ability of the courts to perform their constitutionally assigned roles as expected is dependent upon several factors. One of these is the leadership, structure and philosophy of the umbrella body of lawyers in Nigeria, the Nigerian Bar Association (NBA).

The NBA as the foremost body of legal practitioners in the country is saddled with the primary responsibility of promoting and protecting human rights and the rule of law in Nigeria. The centrality of the body to the coordination and discharge of justice, equity and fairness at all times without fear or favour in the Nigerian context can not be overemphasized. Beyond catering for its primary constituency, it also has a significant role to play in ensuring a united and lawful Nigeria. Therefore, the question of who occupies the number one seat of the association is a serious matter to both the NBA and non-NBA audience. Like every other professional association in Nigeria, the choice of leadership for a given tenure is most times a litmus test for the association, its immediate members and by extension, the general public.

As already made public, the 2020 presidential slot of the NBA is zoned to the West. The region like every other region in Nigeria possesses vast, seasoned and first class lawyers who are all eminently qualified to lead the association for the next two years. Already, four of such lawyers (two of whom are senior advocates) have indicated interest in running for the office. However, while gathering facts for this write-up, out of all four, the one name that rings a bell and resonates with both young and old in the law profession, is Babatunde Ajibade (PhD), SAN.

Prof. A. B. Kasunmu, SAN: Veteran lawyer and former Attorney General of Lagos State, Prof. A. B. Kasunmu, SAN did not mince words in declaring his total support for Dr. Ajibade. His words: “I knew Dr. Ajibade’s father more from a professional level than on a personal level. Tunde, I can say, I relate with more and on both levels. Also, through the early lecture series his office organized, which I attended, I discovered him to be someone who has a passion for both the law and the profession; a lawyer with integrity and a gentleman, who subtly but effectively upholds the true ethos of the profession. I therefore have no difficulty in supporting him in his aspirations to lead the NBA as its National President. He can ably restore the integrity that has been lost in the profession. The past glory of the bar that I know has to be restored and he is a precedent I can certainly look up to.”

Mr. Bambo Adesanya, SAN: “I know Dr. Ajibade and I have had a course to interact with him in the past twenty years or so. I have no doubt in my mind that he is a hard working, knowledgeable and intelligent lawyer. I do wholeheartedly support his aspiration to contest for president of the NBA. He had intimated me with his resolve to contest for the office about a year ago, and I gave him my support without any reservation. He is eminently qualified to lead the bar.”

Babatunde Fagbohunlu, SAN: “Dr. Ajibade is a man of integrity who understands what we need to do to fix justice delivery and the legal profession in Nigeria. He can be trusted to start the change that this profession so urgently needs. I can never support a selection process which disenfranchises the generality of members of a society, be it professional, cultural, national or whatsoever. What right does any sub-group have to determine for the wider group what is good for them? It is entirely undemocratic and happily I have not been a part of it.”

Dr. Adewale Olawoyin, SAN shares, “Tunde has always been an agent of change and a consummate optimist about a strong, disciplined and virile legal profession being an instrument of change of the wider polity. He is deeply ingrained in the values of honor and integrity. I have no doubt that if elected, the legal profession in Nigeria would be better for it. Without a shadow of doubt, I fully support his aspiration to become NBA president.

Olayode Delano, SAN: I very much support Dr Ajibade’s aspirations to lead the Nigerian Bar Association. In fact I have encouraged him over the past 2 – 3 years to present himself as a candidate. I have known Dr. Ajibade for many years. We both practiced for a period of time in Ibadan. I know him both professionally and personally and I can state categorically without a shadow of doubt that he is eminently qualified to assume that position. It is clear to me that not only is Dr. Ajibade fully qualified, he is the best candidate in the field.”

Over the years, many of them have routinely shunned NBA elections. For young professionals, the NBA seemed disconnected from their challenges and had become self-serving. Apart from paying the compulsory practice fees and branch dues, many are rather insouciant about the activities of the foremost association.

But this year’s election might be different. Dr. Ajibade’s candidacy appears to have rekindled their zest to join the ongoing campaign to reposition the bar association and make it work for all.

A random sampling of some young lawyers both in Abuja and Lagos shows that some of them might be participating in the upcoming election because of their confidence in Dr. Ajibade’s value proposition, vision and strategic plan to set the NBA on a progressive path. Some of these young lawyers would rather speak on the condition of anonymity.

So much support for a lawyer whose achievements tower above mediocrity and whose name is well adorned with excellence, hard work, integrity and character. Whether these values and his past achievements as a member of the bar and bench would matter in the leadership of the NBA would depend on the outcome of the election.