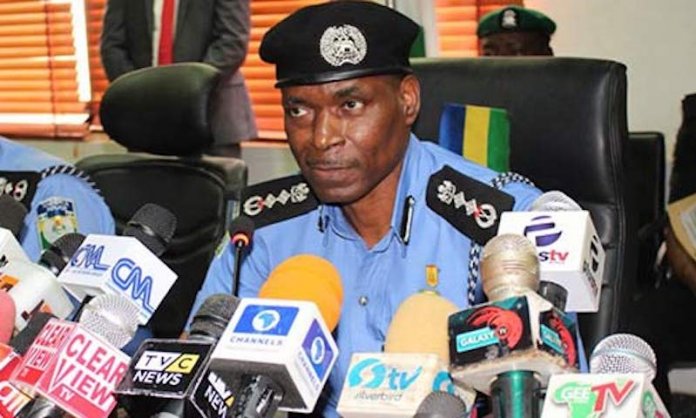 The office of the Inspector General of Police yesterday began the formal interrogation of police personnel involved in the sporadic shooting that breached security at the State House, Abuja.

The personnel involved in the shooting incident include Aide-de-Camp to the first lady, CSP Usman Shugaba; Escort Commander, DSP Sheriff Kazeem and four riot policemen who were detained last Friday but later released and told to return yesterday.

Sources told THISDAY that police detectives assigned by the IG began interrogation of the suspects yesterday.
The interrogation would seek to determine the actual cause of the shooting going by individual accounts and the role played by each personnel during the incident.

The sources said an inventory of the firearms available to the personnel would be taken in order to determine possible misuse and misapplication.
“We are looking at who ordered the shooting. Was your principal in such danger to warrant such use of firearms?
“Did you take into cognisance the implication of such shooting at the Villa? We are starting with these posers and will get to a point where people would be held accountable,” a source said.

When contacted, the Force Public Relations Officer (PRO) and Deputy Commissioner of Police (DCP), Mr. Frank Mba, declined comment.
THISDAY had reported that a shooting occurred Thursday night when the First Lady, Mrs. Aisha Buhari; three of her children– Zahra, Halima, Yusuf– and some of her security aides, led by Shugaba, stormed the residence of President Muhammadu Buhari’s nephew and Personal Assistant, Sabiu Yusuf, within the precinct of the State House.

They had insisted that Yusuf, who had just returned from Lagos, the epicentre of COVID-19 in Nigeria, should proceed on self-quarantine for 14 days to save the president and his family from possible exposure to COVID-19, but the presidential aide rebuffed them.

Meanwhile, the police are working with the National Agency for the Prohibition of Trafficking in Human Persons (NAPTIP) and the Nigerian Human Rights Commission (NHRC) to collate and supply data on rape and other sexual offences for input into the National Sexual Offenders Register.

Presenting resolutions of a tripartite meeting held by the three agencies in Abuja, the Inspector General of Police, Mr. Mohammed Adamu, in the company with NAPTIP Director General, Mrs. Juli Okah-Donli; Executive Secretary of NHRC, Mr. Tony Ojukwu, and members of the Nigerian Bar Association (NBA), said between January and May, 717 cases of rape were reported; 799 suspects arrested while 631 of such cases were conclusively investigated.

He said 57 persons were prosecuted while 52 of such cases were still under investigation.
NAPTIP recorded 400 cases of rape with 50 cases prosecuted, seven convictions secured, including one life imprisonment.
“The police, NAPTIP and the NHRC are strengthening the capacity of their investigators to undertake comprehensive investigation, arrest and successful prosecution of the perpetrators as well as extension of support to victims of SGBV in order to stabilise them psychologically and otherwise,” he said.

The resolution said the leadership of the three organisations resolved to work with other partners to organise on continuous basis, training and retraining of first responders on cases of SGBV.
“The NPF will continue to draw from existing relationship and international collaboration with Interpol with respect to the arrest and persecution of sexual offenders even as the media departments of the three organisations are to develop a broad national approach on public sensitisation and awareness on the dangers of SGBV,” Adamu said.