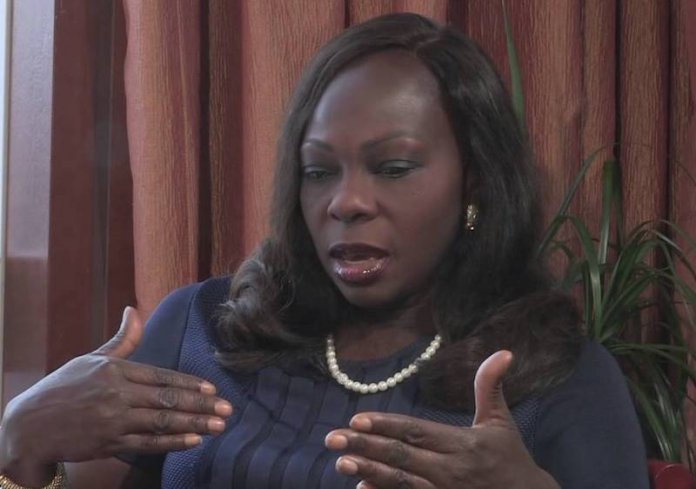 Fate is an old and begrudging woman when she wants to be. There’s the occasional disregard she pays to humanity, when everything feels as trite and unimportant as anything. And then she pushes someone into the flow of time and one imagines her to be the kindest grandmother in the history of grandmothers. For years, it seemed as though Foluke Aboderin was untouched by the prints of love and wedlock; now, it is apparent that those years were only a priming period.

Hearts have been set aglow with the wedding of former Ecobank Deputy Managing Director (DMD) to Adetokunbo Alakija. Their union is a most timely one, as the pair has found in each other the strength and courage to heal from old wounds and walk the paths of life together.

Foluke Abodunrin, at the age of 58, is an accomplished banker and one of the most celebrated corporate Amazons of Nigerian birth. Having spent over 30 years in the banking industry, Abodunrin has had the fortune to help chart the course of multinational companies and other high-profile industries with an innate and unalloyed talent.

While working at Ecobank and First City Monument Bank, Abodunrin employed the best of her Economics and Accountancy education in improving the lot of the respective banks. The only sag to her juggernaut walk was the absence of a gentleman by her side—a position that has now been snugly filled by Adetokunbo Alakija.

In truth, Adetokunbo Alakija is as much a healer’s gift to Foluke Abodunrin as she is to him. Just two years ago, Alakija lost his wife, Dr. Augusta Olufunmilayo Alakija. The late Dr. Augusta was herself a most precious find, and has birthed three daughters to Alakija before her death.

At 63, Adetokunbo Alakija is a medical practitioner of many colours. He is currently the head of the management team of Q-life Family Clinic, and is an expert in travel-related illnesses. He is also the younger brother of Modupe Alakija, Chairman of Famfa Oil and husband of billionaire, Fulorunso Alakija.

The wedding of Foluke Abodunrin to Adetokunbo Alakija happened just before the Covid-19 lockdown parameters were established. Although it was a low-key ceremony, it was a day of brightness and merriment. A life of happy contentment is evidently in the works for Abodunrin and Alakija, because when love prevails, its victory is to the utmost end.