Emma Okonji writes on the expectations from the Executive Vice Chairman, Nigerian Communications Commission, Prof. Umar Garba, who was recently reappointed for a second term in office by President Muhammadu Buhari

The Ministry of Communications and Digital Economy, which supervises the Nigerian Communications Commission (NCC) last week announced that President Muhammadu has approved the reappointment of Professor Umar Garba Danbatta as the Executive Vice Chairman of the NCC for a second tenure.

Industry views
The Chairman, Association of Licensed Telecoms Operators of Nigeria (ALTON), Mr. Gbenga Adebayo, said the reappointment was a sure hope of attaining ubiquitous broadband penetration for Nigeria, especially in addressing the business challenges created by COVID-19 pandemic that has grounded global economies.

According to Adebayo, “We are very pleased about his appointment for a second tenure and we congratulate Prof. Danbatta as this is a testimony of his good leadership under which the industry has made significant progress and positive impact on our economy.
“We are very delighted and we join other stakeholders in wishing him more success. We also thank the Honorable Minister of Communications and Digital Economy for his recommendation to Mr. President in securing his second term. Most of all on behalf of our members we thank Mr. President for re-appointing him for a second term.”

Adebayo added: “We look forward to continuity of the stable regulatory environment. We also look forward to a more robust regulatory and policy environment. Regulator need to protect the smaller players and ensure they survive in the interest of competition and the consumers. We know that his second term will bring about consistency for the progress of the industry.”

Also, the President, Association of Telecoms Companies of Nigeria (ATCON). Mr. Olusola Teniola, said: “The Association sees his recent reappointment by President Muhammadu Buhari, following the recommendation by the Minister of Communications and Digital Economy as a reward for his dedication and determination towards changing the narrative of the Nigerian telecom industry landscape through the implementation of programmes and projects that were carried out under its supervising ministry and have been adjudged to be enhancing and improving the lives of Nigerians.

“We know that his recommendation is predicated on him being a technocrat, a professional and a promoter of human relations and human capacity who has over the years initiated and implemented successful policies that have positive impact on businesses and Nigerians and we are very confident that he is equal to the task ahead.”

Teniola pledged the commitment of ATCON members to work with Danbatta and the NCC and by extension, the Ministry of Communications and Digital Economy to sustain and accelerate the growth and development of the Nigerian telecoms industry.
According to a statement released by the ministry, the federal government expect the NCC under his watch to significantly improve on the overall performance of the Commission as well as ensure that adequate mechanisms are put in place to facilitate the implementation of all policies of federal government through the ministry.

It also enjoined him to ensure that the interest of telecommunication consumers, Nigerians and investors are adequately protected.

Building resilient infrastructure
Danbatta’s led NCC has been at the forefront of building resilient infrastructure to promote sustainable broadband development that will support industrial growth.
At a forum in Kano last year, Danbatta, had said: “It is staggering that more than four billion people in the world still do not have access to the internet, and 90 per cent are from the developing world. Bridging this digital divide is therefore crucial to ensure equal access to information and knowledge, and as a consequence, foster innovation, entrepreneurship and economic growth.

“The proposed target of 120,000km of optical fibre cable network deployment in the country, is of key interest to the commission. As you are aware, optical fibre cable network is vital to the advancement of information and communications technology (ICT), and the fourth industrial revolution is rested upon information and communication technologies. Therefore, the role of NCC in building resilient infrastructure for the ICT sector is now more critical.

“In this regard, the commission as the sole regulator of commercial telecommunications activities in the country, through its strategic vision plan and the 8-point Agenda, has taken laudable strides towards achieving government’s vision and policies by initiating and undertaking actions geared towards achieving same.”
Danbatta listed some of the policy implementations to include: Deployment of Optical Fibre Infratsructure; Right of Ways (RoW) across states; Wireless Infrastructure Policy Direction; Education Infrastructure; Telecoms Infrastructure; among others. The industry has also recorded growth since 2015.

For instance, despite recession and other macro-economic challenges, the telecoms segment’s Gross Domestic Product (GDP)’s contribution alone increased from 8.50 per cent in August 2015 to 10.88 per cent as of first quarter (Q1) 2020. However, the entire ICT contribution was even higher at 14 per cent as of the first quarter of 2020, according to the latest data released by the National Bureau of Statistics (NBS).
Active mobile voice subscribers increased from 151,018,624 in 2015 to 189,282,796 as at the end of March, 2020. Between August 2015 and February 2019, when teledensity was measured against the 140 population in Nigeria, teledensity increased from 107.87 to 124.05 per cent. However, after rebasing the country’s teledensity to 91 per cent in February, 2019, in line with international best practice and economic reality, teledensity has impressively increased from 91 per cent to 99.16 per cent as of March, 2020.

Internet subscribers increased from 90 million in 2015 to 136.2 million as of March, 2020. Also, the number of subscribers that have subscribed to Mobile Number Portability (MNP) service increased from 385, 617 in August 2015 to 1075047 as of March, 2020. All these were due to increased public education and awareness by the Commission’s head office and its zonal offices, as they intensified awareness on the availability and usage of MNP across geo-political zones. The total number of telecoms subscribers that have subscribed either partially or fully to the Do-Not-Disturb (DND) service introduced by Danbatta –led NCC has increased from zero to close to 30 million till date.

Other achievements by the NCC so far include auction of six slots of 2×5 megahertz (MHz) in the 2.6 gigahertz (GHz) Band, re-planning of the 800 MHz band for Long Term Evolution (LTE), licensing of two slots of 10 MHz each in the 700 MHz band, as well as the opening up of the E-band spectrum 70/80 GHz band for both last-mile and backhaul services. Other regulatory instruments by the commission in this regards include the Spectrum Trading Framework, among others.

“We will develop and implement flexible, market-oriented spectrum regulatory policies that promote highly efficient use of spectrum in ways that stimulate innovation, investment, and job creation and increased consumer benefits,” he said.
Accordingly, Danbatta has, among others, projected greater prospects ahead for the industry, especially in the area of broadband penetration to accelerate the transformation of Nigeria into a truly knowledge and digital economy.

In line with its continuous commitment to ensuring that telecoms operators deliver consistently, improved quality of service (QoS) to their subscribers, the NCC embarked on a series of initiatives that have relatively helped in boosting the quality of service delivery across mobile networks. Through continuous monitoring of operators’ compliance with the Key Performance Indicator (KPS) on Quality of service on a state-by-state level, as against measuring operators’ compliance on a national average basis, the regulator helped to boost QoS delivery in this regards.

Also, under Danbatta’s watch, the commission stepped up stakeholder engagement and collaboration both within the private and public sectors of the economy to address salient issues affecting the industry and it continues to make remarkable inroads in this direction. 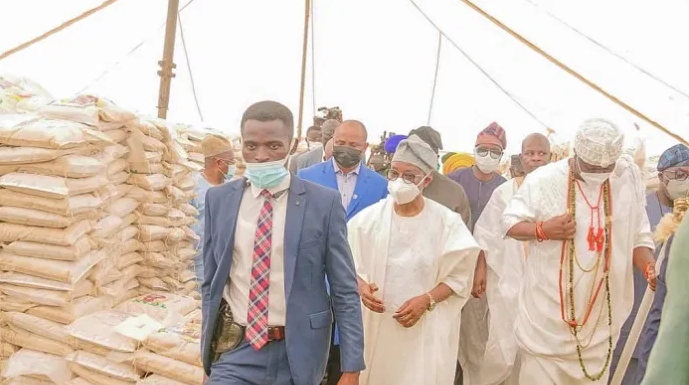