Atletico Madrid President, Enrique Cerezo, has said that if the Champions League cannot be completed, the winners should be the team who beats the champions – meaning his own club would win the competition!

Diego Simeone’s Atletico are in the quarter-finals after they beat holders Liverpool 3-2 in the last-16 in March at Anfield, but how the competition will be completed is still up in the air.

UEFA are reportedly plotting a World Cup-styled two-week tournament to complete the 2019-20 campaign, with Lisbon the frontrunners to host, but Cerezo has come up with his own solution if the tournament cannot be finished.
‘In the hypothetical case that the Champions League was not played for the coronavirus, than the champion was (sic) the one who beat the champion,’ Cerezo told Spanish outlet Mundo Deportivo.

‘There are still a few knockout games left, the quarterfinals, the semis and the final. We understand that UEFA tries to centralise all these matches in one city, there was talk of Spain, Portugal… nothing is known yet.

‘There are 11 games left, plus the final phase of the Champions League, which can be four games. I imagine that the Government is waiting to see how the pandemic evolves and will take the decision it considers.’

While Atletico’s last-16 tie reached its conclusion, Bayern Munich are still waiting for their chance to clinch their last-16 tie against Chelsea (they currently lead 3-0 from the first-leg) and Manchester City hope to finish the job against Real Madrid after a 2-1 first-leg win.

Lisbon, Frankfurt and Moscow are in the running to host the competitions, which will see one-legged quarter-finals and semi-finals help decide the victors.

Cerezo also spoke about the start of the LaLiga season this weekend, and the prospect of playing football behind closed doors in the months ahead.

“The world of football agrees that in some fields there is an audience and in others not,” Cerezo explained.

“The public factor is very important, the team, animated and launched by their fans, has another vitality. There (sic) is another topic that is very important. A stadium, like an empty cinema, gives a feeling of absolute nothing.”

Istanbul was set to host the Champions League final this season but with fans set to be barred from the climax, the cost is no longer feasible.

UEFA are set to release the decision on how to complete the campaign on June 17, with the two-week tournament reportedly the favoured option so far. 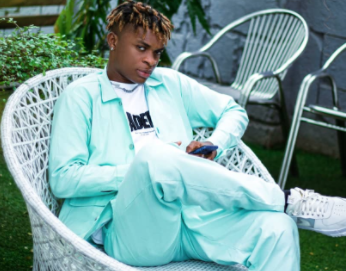