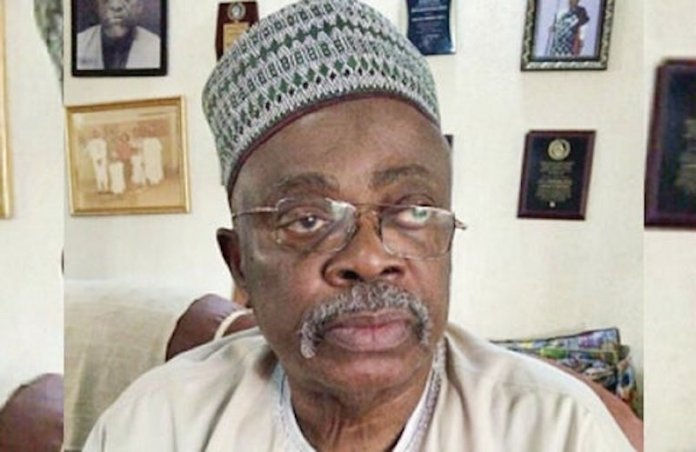 The news of the death of the former police commissioner was shared by his son, Mr. Sani Tsav, who stated that his father died yesterday’s morning at the Federal Medical Center, Makurdi, after a protracted illness.

The former police commissioner would be remembered for his dogged fight to unravel the intrigues surrounding the gruesome murder of the late founding Editor in Chief of Newswatch magazine and Chief Executive Officer of the Newswatch Communications Limited, Mr. Dele Giwa, who was assassinated via a parcel bomb in 1986 during the military regime of former President Ibrahim Babangida.

The late Tsav was an ardent supporter of President Muhammadu Buhari’s administration.

He has been in and out of court with the Benue State Government and was recently found guilty of libel against the Benue State government by a magistrate court in Makurdi, which asked him to apologise for the statement he made. But he appealed the judgment before his demise.

Meanwhile, the Governor of Benue State, Mr. Samuel Ortom, on behalf of the Benue State Government, has sent a heartfelt condolence message to the family of Tsav over his death earlier today.

Ortom expressed shock at the demise of Tsav whom he described as a gallant police officer during his years in service and prayed that God would grant the deceased eternal rest and his family the fortitude to bear the loss.

Also, the former Governor of Benue State, Senator Gabriel Suswam, said he received the news of the death of Tsav with great shock.

A press statement that was issued by the Media Aide to Suswam, Mr. Bede Bathlomew, said the late Tsav was a courageous and determined police officer who stood on the path of truth.

Suswam said the late commissioner of police was a man of his words. He thanked God for the life of Tsav and described him as a fulfilled gentleman.

He regretted that the elder statesman passed on to be with his ancestors at a time his statesmanship and counsel were most needed.

He was interred at the Makurdi Muslim cemetery by the Chief Imam of Benue State, Alhaji Suleiman Habib, after prayers at Makurdi Central Mosque.