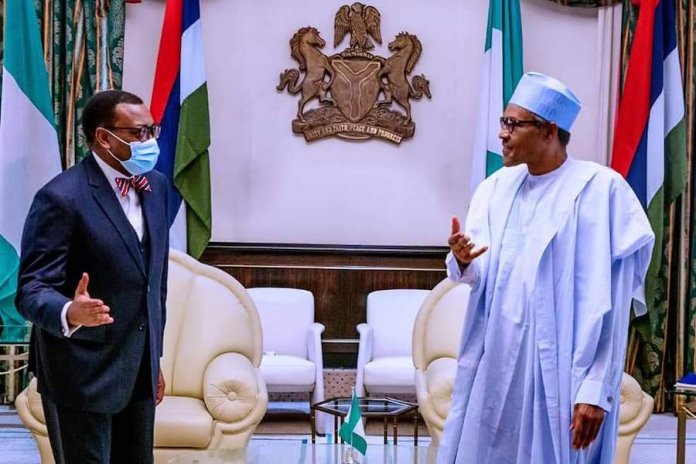 The President of Africa Development Bank (AfDB), Dr. Akinwunmi Adesina was at the presidential villa in the week, to see President Muhammadu Buhari over plans by the US government to open up a fresh and ludicrous investigation on him, a development that sparked outrage amongst African countries and their investor allies.

Already, there had been concerns about the situation, especially, the negative slant that often comes with allegations of sleaze, even as the idea of stepping aside for an independent investigation had begun to take a life of its own before the giant of Africa put its foot down, declaring unflinching support for Adesina, not minding that he was a product of the opposition PDP.

Not long after Buhari gave his support and asked Adesina to continue with his good job, the Board of AfDB also came out to stand with this Nigerian that’s been doing Africa proud for many years. Also preceding the presidential backing were supports by prominent individuals, including former President Olusegun Obasanjo as well as other people from all over Africa.

It was only a question of time before Adesina’s traducers knew they were traveling the wrong route. The Buhari support, without doubt, changed the tenor of the debate and in a sense, forced those behind the “Adesina Must Go” campaign to beat a retreat. Kudos to the home support that came in good time!