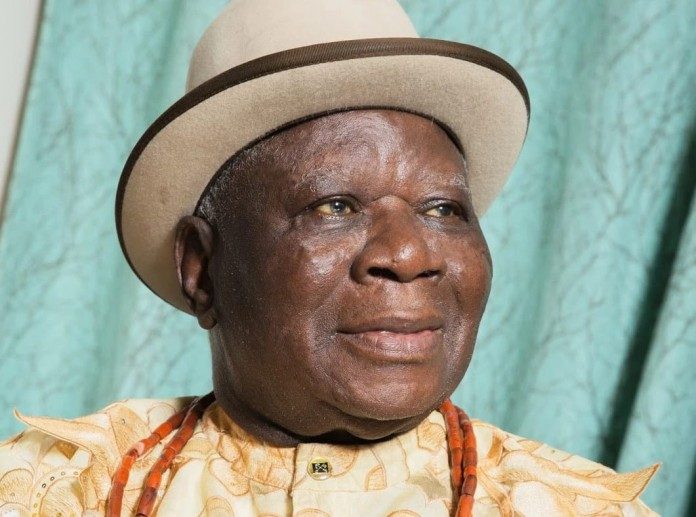 A group, Niger Delta Peoples Forum, has faulted the call by South South Leader, Chief Edwin Clark, for a probe  of the allegations leveled by the Interim Management of the Niger Delta Development Commission against members of the National Assembly.

In recent letters to Senate President Ahmad Lawan and Speaker Femi Gbajabiamila, Clark had called on the National Assembly to as a matter of urgency carry out the investigation of its members so as not to erode the confidence of the people in the parliament.

Reacting to the call, the NIger Delta Peoples Forum, in a statement by its National Chairman, Chief Boma Ebiakpo, faulted the letter by Clark, adding that his view does not represent the position of the people of the Niger Delta.

The statement reads: “Our attention has been drawn to an open letter by Chief Edwin Clark, published in several media, to The President of the Senate and The Speaker of The House of Representatives, respectively, requesting that a “new investigative panel should be constituted to investigate both the Interim Management Committee (IMC) and  members of National Assembly…”.

“Let it be known that the illogical views expressed by Chief Clark does not represent the Niger Delta people and well-meaning Nigerians in whatever capacity.

“In the published open letter, Chief Clark made fictional remarks to the effect that the IMC of NDDC is credible, quoting copiously from the opaque and unsubstantiated accusations of the Acting Managing Director against the National Assembly, thereby casting aspersions on the integrity of the National Assembly for its decision to investigate the activities of the IMC…

“No true leader of the Niger Delta Region can be so obsequious as to ignore issues of law, due process and transparency as to commend in overflowing adjectives the inchoate and unsubstantiated allegations by IMC against the National Assembly.”

Noting that it is sad that Chief Clark choose to endorse a contraption not known to law and to defend the indefensible corruption that has taken place under the IMC as alleged, it recalled that several Niger Delta groups, communities and NGOs had complained and petitioned the National Assembly complaining about financial irregularities being carried out by the IMC of the NDDC.

Based on the petitions, it said, both houses of the National Assembly resolved on May 5 to set up committees to investigate the allegations.

The group said: “Shortly after the resolutions, precisely on the 8th of May, the Minister Godswill Akpabio issued a Press Release stating that he and the IMC welcomed the National Assembly probe and that they were looking forward to it to showcase how well they had performed.

“The next day, the IMC of the NDDC also welcomed and thanked the National Assembly for instituting the probe and stated that it will give them the opportunity to show how well they have performed.

“Nigerians were therefore surprised when subsequently Akpabio, the IMC and their paid agents shamefully started calling for a halt to the probe by the National Assembly.

“The IMC then raised allegations against certain members of the National Assembly who have subsequently granted interviews to debunk the IMC allegations. However, the IMC has been making these allegations against members of National Assembly in the press since November 2019. If the IMC is sure of its facts, why have they not reported the supposed “transgressions” of the National Assembly members to the EFCC or ICPC since the IMC has been in place? It is clear that IMC is not serious about these allegations hence their inability to make formal complaints to EFCC and ICPC. Instead they are resorting to use these unsubstantiated allegations to blackmail the national assembly members to see if their blackmail can achieve the suspension of the national assembly probe.”

The group said the people of Niger Delta were united against corruption and insisted that the National Assembly should be allowed to do its work as an independent arm of government in line with the Constitution.

“Under Section 88 (1) of the Nigerian Constitution of 1999 (as amended) the National Assembly is empowered to oversight activities of the executive branch of government including all ministries, departments, and agencies. It is not a right that can be abridged or subsumed under the executive branch.

“We therefore restate that the current IMC comprising five members representing five states only is an illegality. The NDDC Act only recognises a Governing Board representing the nine Niger Delta states, appointed by the President and duly confirmed by the National Assembly. Nobody is supposed to proceed to begin to administer the funds of the NDDC without confirmation or clearance by the National Assembly. The already screened and confirmed Governing Board in line with the NDDC Act should be inaugurated to manage the NDDC without any further delay,” it added.