The Chief of the Air Staff (CAS), Air Marshal Sadique Abubakar, thursday said that over 300 bandits have been killed by troops in the ongoing onslaughts against the hoodlums in the North-west.

He said the air component of Operation Hadarin Daji would not relent in flushing out the bandits and kidnappers in the North-west and other parts of the country.

Abubakar, who was speaking at the Umaru Musa Yar’adua Airport, Katsina during an operational visit to the Air Component of Operation Hadarin Daji, challenged the troops not to spare bandits.

He explained that arrangements were ongoing to establish an Air Range at Dungurun forest bordering Katsina and Zamfara states in order to dislodge armed bandits within the forest.

He lamented that the deadly onslaughts orchestrated by bandits in the region has started affecting farming activities, adding that troops will not spare any bandit to enable farmers return to their farms.

The NAF chief, however urged bandits and kidnappers terrorising communities in the region to surrender their arms or face the wrath of the law.

He expressed satisfaction with the performance of the Special Forces so far, saying they were currently collaborating with the land Army to ensure that communities are secured.

Abubakar called for more support from the host communities, especially the human intelligence which according to him is critical in winning the war against bandits.

He said: “The visit was to assess the level of support in terms of Air and Special Forces operations given by the Nigerian Air Force to the Defence Headquarters Operation to secure the entire North-west and North Central zones of the country.

“I urged the troops to work much harder to justify the enormous resources that the government is spending on their training and their allowances and equipment. 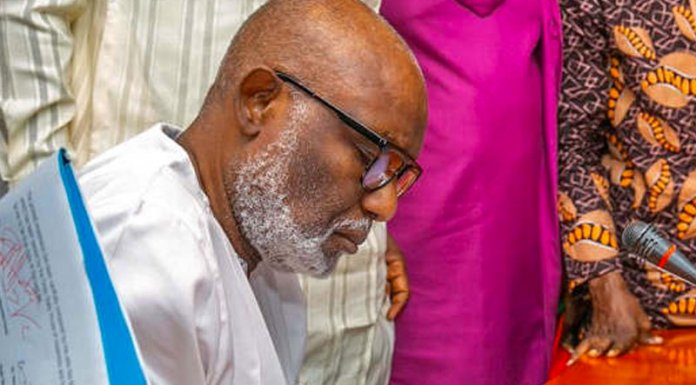 Corporate Governance is Life of a Growing Business, Says Idowu-Agida