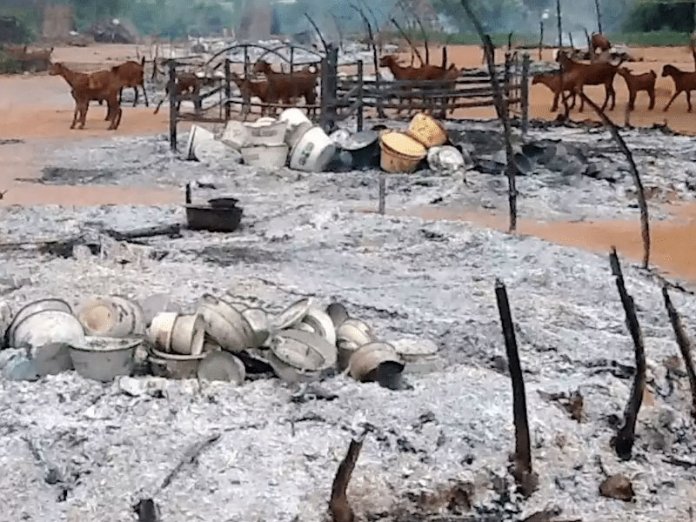 The Southern Kaduna Peoples Union (SOKAPU) and the Arewa Consultative Forum (ACF) have condemned the killings in the communities in Kajuru Local Government Area of Kaduna State.

The condemnation came following the killing of nine people last Wednesday in a fresh attack in Anguwan Tudu community, Kajuru LGA of the state by suspected herdsmen.

Over 30 people are said to have been killed since May 12, 2020, when gunmen, believed to be herdsmen, invaded some villages in the area.

Hundreds of others are said to have been rendered homeless and are living at the internally displaced persons (IDP) camps following the invasions.

Speaking in an interview yesterday in Kaduna, President of SOKAPU, Mr. Jonathan Asake, described the latest attack as “a continuation of the invasion of communities and IDP camps.”

He lamented that the people had become refugees in their own land, and accused the state government for allegedly “not doing anything about the situation.”

“It is so unfortunate that the state government has issued no statement about the situation, let alone of attending to the problems facing those living at the IDP camps or trying to restore them back to their communities,” Asake said.

He also said the security agencies have not been able to assist the people to recover the decomposed corpses of their love ones killed in previous attacks, which are still in the bushes, for burial.

Asake called on the government to do the right thing by being “fair to everybody.”

He said: “When the first attacks took place in Gonan Rogo and Makyali between May 12 and 14, 2020, the next thing we saw was the state government in conjunction with the local government authorities sending relief materials worth millions of naira to the people in Laduga, a Fulani community in Kachia LGA, without any form of assistance to the Adara victims of the attacks in Kajuru.

He accused the government for allegedly “turning a blind eye to the ethnic cleansing going on in Kajuru,” maintaining that “up till today, nobody has been able to show that the Adara people or any group in southern Kaduna community has gone to attack a Fulani community.”

Meanwhile in a statement issued by its spokesman, Mr. Emmanuel Yawe, ACF said it was alarmed by the latest attacks by bandits in Kajuru.

According to Yawe, “Recently, there have been repeated attacks on the people in Kajuru LGA in the state.

“The most recent attack left nine people in Angwan Tudu area dead on June 3, 2020. This waste of life is uncalled for and we condemn it without reservation.”

He noted that the Kajuru community has lived together from time immemorial, saying: “We do not see any reason why they should start killing themselves as they have been doing such in the recent past.”