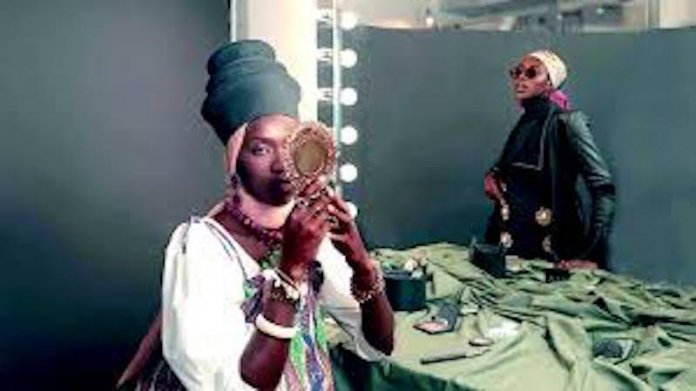 Obinna Obioma could have been surfing the internet to watch funny videos like many young people do but he chose to do something worthwhile that makes his journey into photography quite interesting. As a YouTube fan, he regularly checked out instructional videos on how to take good pictures, improve picture quality and make it a rewarding career.

“I would have been a career diplomat and perhaps been working in the Nigerian Foreign affairs. Or perhaps I would have followed my fathers footsteps and worked for an international organization like UNESCO,” he began, recounting how he veered into obtaining a Master’s degree in Diplomacy and International Law at Conventry University, England shortly after his first degree programme. He could have been travelling the world in dapper suits or starched native wears, improving foreign relations. Instead, he ventured into some self-discovery.

The young creative from Abia State recalled how photography started first as a hobby before it metamorphosed into a dream.

“At an early age, I had always been fascinated by the arts. I loved looking at images. My earliest introduction to photography came from my father and how he always took pictures of myself and my siblings. His camera was intriguing to me and I dreamed of having one for myself. It is safe to mention however that during my final year as an undergraduate, I was fortune to have finally gotten a camera as a gift from my mother and the rest they say is history,” he recounted.

He went on to consolidate his knowledge with studies in Creative Practice at the International Centre of Photography (ICP), New York because he was always hungry for knowledge. He told THISDAY how that journey began from a workshop in Nigeria.

“On my return from England after completing my formal education in the Summer of 2016, I attended the BigH photography class in Abuja and was subsequently tutored and mentored by Henry Nwaeze, the lead photographer of BigH Studios, eventually becoming a staff and team member.

“A few years later, I thought it best to seek further knowledge abroad and in the Fall of 2018, with the support of my family and a few special people in my life, I enrolled in the International Center of Photography (ICP) New York where I bagged an art degree,” he said.

Altogether, Obinna has invested seven years into photography with a greater part of those years as a professional. He also cultivated interest in studying the works of top-notch photographers which had influenced him positively but he wouldn’t mention specific names of these veterans. Asides that, he had allowed some African philosophy to seep through his work.

“My work is influenced by individuality, identity and my African heritage so I would say any work that allows me to tell stories through those parameters have often been my best,” he said.

Obinna hopes to make photography impactful so that other young people may choose this path albeit for different reasons and life goals.

“Photography journey is different and people go into it for different reasons. I would say however, like anything, it can be lucrative financially but you have to put in the work. Nothing is free or easy,” he declared. He added also that photography requires finance and the reward comes with monetizing the skills earned through the years. For him, any aspiring photographer must be ready to make sacrifice as it is capital intensive, constantly remember the goals and be patient till he finds his artistic voice.

“Don’t stop learning. Be kind, humble and don’t stop being grateful to everyone that photography has put in your path,” he advised.

At the moment, Obinna is trying to change the narrative of black people especially black women on how they are underrepresented and being misrepresented using his photography as the vehicle of engagement. Sometimes, he superimposes colourful patterns on images which are mostly portraits. No doubt, his creativity is also expressed through the multi-layered textures with such quiet beauty. His works are distinctly African as they open fresh chapters to the global discourse on black women.