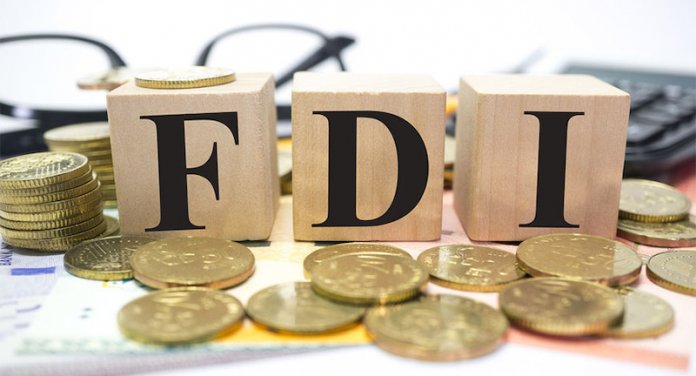 Building investor confidence is always a top priority for any serious country. That is because the absence of confidence deters Foreign Direct Investments (FDIs). This has significant effect on long-term investments in any country and is the reason why policymakers make sure they avoid any step that would be seen as disincentives to investors.

That is why many Nigerians, particularly the business community were taken aback by last week’s directive by the federal government to the Ministries of Power, and Finance, Budget and National Planning as well as the Bureau of Public Enterprises (BPE) to speed up the process of finalising the pre-engineering and concessionary financing agreement with German multinational conglomerate, Siemens.

The uncertainty surrounding the move which comes exactly three months after the government ordered a forensic audit of the activities of the 11 electricity distribution companies (Discos) has been perceived by some as a ploy to revoke the agreement with the Discos.

President Muhammadu Buhari, during the signing of the power deal, had directed both teams from the company and their Nigerian counterparts to first focus on fixing the transmission and distribution infrastructure that had threatened Nigeria’s electricity supply industry.
He said the goal was to achieve 7,000 megawatts of reliable power supply by 2021 and 11,000 megawatts by 2023 in phases one and two respectively, noting that after the transmission and distribution system bottlenecks have been fixed, the third and the final phase would be to drive generation capacity, and overall grid capacity to 25,000 megawatts.

As part of the deal, it was learnt that the Ministry of Finance, Budget and National Planning would pay from the Signature Bonus Account about €15.2 million and N1.7 billion as Nigeria’s 15 per cent counterpart funding for the concessionary loan after the federal government convinced the Discos to sign the concessionary loan agreement, despite their initial opposition.

The Siemens project, under the Presidential Power Initiative (PPI) is one that appears to have become a cornerstone of the President’s agenda. An expectation associated with the implementation of the Siemens project is a valuation of the DisCos, as necessary to determine the basis of any potential share dilution that may result from the ability of the DisCo investors to meet their counterpart funding or repay the resultant loan. Of critical note is that the forensic audit has been identified as part of the process of determining the valuation of the DisCos, as indicated in a recent report by the National Economic Council’s (NEC) Ad Hoc Committee on Ownership Review and Analysis of DisCos and Electricity Sector Review.

According to the report, the International Finance Corporation (IFC) is expected to utilise the information, “in developing the commercial structure of the intervention under this Presidential Power Initiative (PPI) and in undertaking an independent company valuation of the DisCos.”

But some stakeholders in the sector are wondering the magic the Siemens is expected to perform when the underlying misalignment in the power sector reform that the investors have over the years been calling on the federal government and the industry regulator to address have not been addressed. Today, the entire power value chain is in a state of flux.

Operators insists that the failure of the government to implement and enforce the power sector master plan is one of the factors that have hindered power supply in the country as the Nigerian Electricity Regulatory Commission (NERC) has always set tariffs below cost reflectivity.
In addition, they noted that the federal government’s decision to continue subsidising a part of the market compromises the financial position of the Discos and their ability to raise capital expenditure to expand their operations.

They had also called for the injection of N100 billion of subsidy to defer the effects of any tariff increases on electricity customers; payment of MDA electricity debt, currently estimated in excess of N80 billion, which is a major leakage of DisCo revenues; as well as a debt-free financial books that would enable the DisCos to access the debt financing necessary to meet the magnitude of investment in the sub-sector.

It is also worthy to note that the premature introduction of the Eligible Customer Regulation by the regulator has created unnecessary risks and confusion in the industry that has not resolved the issue of stranded capacity.

That was why in reacting to the deal with the German multinational, the National Union of Electricity Employees (NUEE) recently expressed worry that the federal government is handing over what it described as sensitive part of the nation’s power sector to Siemens, which the union said had failed three times in the unsuccessful SCADA/EMS contract awarded to them in Nigeria in the past.

The General Secretary of NUEE, Joe Ajaero, had advised the government against such move, saying, “We had stated that Siemens has a contract for the rehabilitation of one of the 300KV line circuit breaker between Ajah and Egbin, which is dangerously standing on one feeder circuit, but for over two years, the company is yet to mobilise. It is not on record that they construct transmission line; which is one of the major needs of Nigeria’s power industry.”

More so, the assets were not just handed over to the companies. The investors staked a total of $3.8 billion to acquire them, with agreed terms and conditions which the federal government which holds 40 per cent stake in the companies has been unable to implement.

Nigerians may do well to recall the failed privatisation of the refineries in 2007 under the Olusegun Obasanjo administration. No sooner had the Umaru Yar’Adua government come on board than some vested interests started to clamour for the revocation of the sale.

The clamour was so intense that the government revoked the sale and refunded money to those that had acquired the moribund refineries. In the last thirteen years since that painful decision, government has poured hundreds of millions of dollars in all sorts of Turn Around Maintenance and repairs with not a drop of petrol coming out of the refineries. Are we about to witness a repeat of the same scenario with the potential revocation of the DISCOs? The wisdom of history should warn government to be wary of the dangers associated with such an action.

Instead of addressing the issues plaguing the sector, some government officials have continued to clamour for the agreement with the power investors to be revoked.
“If the ownership is revoked, there would be litigations and it would erode confidence in the economy. Anyway, why is the minority investor pushing for a forensic audit in a private company?
“Does that not tell you there is an ulterior motive? If there will be forensic audit, it should be ordered by the board of the companies and not the government because these are private investments. Is that what the government wants?” the chief executive officer of one of the successor companies who pleaded to remain anonymous said.

Indeed, Section 96 of the Electric Power Sector Reform Act, 2005 (EPSRA) gives the regulator latitude for investigative action, as necessary to balance the interests of consumers and operators in a monopolistic sector. This requirement, naturally, engenders ready hostility in any context in which the operator is seeking to create an imbalance by precluding or objecting to any means by which the regulator seeks to maintain this balance.

This is more so in an environment in which the customer believes the operators are shortchanging them, under delivering and underperforming and, essentially, preying on them.
Furthermore, the prevailing message that has been and is being painted by government agencies and other Nigerian Electricity Supply Industry (NESI) stakeholders is that the DisCos are holding back remittances that should go up the value chain, on the back of sharp practices of estimated billing, resulting in the current market liquidity challenges.

Additionally, DisCos have been labelled with bad governance that has resulted in poor procurement practices, improper financial transactions, nepotism, etc.
A major factor in DisCo opposition to the forensic audit is the consistent third-party, seemingly, agenda-driven requests for forensic audits by the NEC. NEC’s multiple requests for the DisCos to be forensically audited and its related directives to NERC are based on nothing more than an interest to expand state government ownership into private investor interests, in violation of the terms of the privatization transaction terms.

“A forensic audit will not provide a cure for a NESI that has not been well-served by a regulator that is not independent, that is weak, politicised and responsible for a multitude of regulatory misadventures and missteps.

“A forensic audit will not correct regulatory misadventures of politically determined tariff design and rates; three years of lack of minor reviews; poorly designed customer estimated billing methodology imposed on the DisCos; a virtually non-functional Meter Asset Provider (MAP) program; a tariff that precludes the DisCos from comprehensively metering customers and making the investment that is fundamental to improving power supply to customers,” the source added.

Clearly, the challenges bedevilling the power sector are as old as the country and regulatory inconsistency has over the years weighed down progress in the sector.
Even the Bureau of Public Enterprises (BPE) had previously warned against the federal government taking over the privatised power assets.

BPE’s Director General, Mr. Alex Okoh, recently advised the government not to succumb to the pressure of re-possessing the privatised assets.
According to Okoh, re-nationalising the power assets is not the solution but evolving a better investment option around the distribution value chain would pay the country better.
Therefore, there is a need for the government to tread lightly on the issue and ensure that politics does not interfere with business contracts so as not to hurt the flow of the much-needed FDI into the country.