I have read and listened to the various comments and analysis by our colleagues on the recent decision handed down by the Supreme Court, in the case of Ude Jones Udeogu v FRN, Orji Uzor Kalu & Slok Nigeria Limited S.C.622C/2019 (Kalu case), in which Section 396(7) of the Administration of Criminal Justice Act 2015 (ACJA) was declared null and void by virtue of Section 1(3) of the 1999 Constitution of the Federal Republic of Nigeria (as amended)(the Constitution), for being inconsistent with the Constitution, particularly Section 290(1) thereof. Though the judgement has raised several legal issues, in my opinion the decision of the Supreme Court in this case is sound, at least with regard to the nullification of Section 396(7) of the ACJA, taking the provisions of the Constitution into consideration.

I must disagree with those who have alleged that, the Apex Court sacrificed substantive justice on the altar of technical justice, in this case. The Kalu case is easily distinguishable from that of Adegboyega Oyetola v Ademola Adeleke for example, where the same allegation of technical justice was levelled against the Supreme Court for nullifying the decision of the Electoral Tribunal, due to the fact that the Judge who read the lead judgement failed to sign the register on a day that important oral evidence was taken, meaning that he was absent from the proceedings that day. While some see the issue of the absence of the Judge at one sitting as being a constitutional issue, because they argue that, for that particular day the Tribunal was not properly constituted, many others like my humble self believe that, at best, the Judge’s absence may be classified as an irregularity, while the issue in Kalu’s case is more importantly about jurisdiction, which is fundamental and goes to the root of the case.

Jurisdiction
It is trite law that, jurisdiction is the life blood of a case, without which a case is dead. No matter how well-tried a matter is, without the requisite jurisdiction, the whole proceedings are null and void ab initio. The locus classicus of Madukolu v Nkemdilim 1962 2 S.C.N.L.R 341 elucidated the ingredients of jurisdiction of a court inter alia, thus: “…..it is properly constituted with respect to the number and qualification of its membership”. The pertinent question to ask at this juncture, is, whether the Federal High Court (FHC) with Honourable Justice M.B. Idris, JCA sitting as a FHC Judge, was properly constituted to continue to hear Kalu’s case which was a criminal part-heard matter, vis-a-vis the provisions of Sections 253 and 290(1) of the Constitution, even though the President of the Court of Appeal via Section 396(7) of the ACJA, sought to cloak him with the requisite jurisdiction. The answer is No!

Section 253 of the Constitution provides that the FHC shall be duly constituted, if it consists of at least one Judge of that court. Someone then posed this question – would the FHC have been duly constituted, if a sitting FHC Judge had sat alongside Justice Idris to fulfil this pre-condition? What do you think, my learned colleagues? By virtue of Section 290(1) of the Constitution and the Oath of Office which Justice Idris took on 22/6/19, he ceased to be a FHC Judge, having become a Justice of the Court of Appeal, thereby failing to fulfil the condition set out in Section 253. It is also trite that, the Constitution cannot be amended by means of the provisions of a statute; it can only be amended following the process adumbrated in its Section 9.

Vol 10 Halabury’s Law of England 4th Edition Paragraph 715 Page 323 defines jurisdiction inter alia as: “……the authority which a court has to decide matters that are litigated before it……”. National Bank v Shoyoye 5 S.C. Page 181 at 191; Gafar v Government, Kwara State 2007 4 N.W.L.R. Part 1024 Page 375 at 411. The next question to ask, is whether Hon. Justice Zainab Bulkachuwa, President of the Court of Appeal (as she then was) and Section 396(7) of the ACJA had the power to confer the requisite jurisdiction on Justice Idris to return to the FHC to finish Kalu’s case; and that because Orji Kalu’s counsel had applied that Justice Idris be given the fiat to complete the matter and other counsel did not seem to object to the application, this also conferred jurisdiction on Justice Idris. The answer to this question, is also an emphatic No! Parties to an action do not have any power whatsoever to confer jurisdiction on a court, whether they agree to or not.

In Obasanjo v Yusuf S.C.193/2003 2004 9 N.W.L.R. Part 877 Page 144 at 213 Niki Tobi JSC stated inter alia that: “Jurisdiction is a very hard matter of law which is donated by the Constitution and the enabling statute. It is also a very sensitive matter in the judicial process…..Courts of law must always bow to the Constitution, and the enabling statute”. I submit that, neither Justice Bulkachuwa, nor Section 396(7) of the ACJA are the Constitution (or the enabling statute) which are empowered to confer jurisdiction on Justice Idris to complete Kalu’s matter at the FHC. Even if it was possible for the head of the court to confer such jurisdiction on a Judge, surely in this case, it would have been the Chief Judge of the FHC, and not the President of the Court of Appeal, for obvious reasons.

Appeal Courts Sitting as Trial Courts
With due respect to Learned Senior Advocate, Femi Falana’s argument that Sections 15 and 22 of the Court of Appeal Act and Supreme Court Act respectively, empower both courts to sit like a trial court as if the matter had been instituted there, thereby allowing them to rehear a matter like a court of first instance, there is merit in the assertion that the Supreme Court could have chosen to rehear the matter, especially in the interest of justice, seeing as “justice delayed is justice denied”, and this matter had lingered for well over a decade. Possibly, this may be one panacea to the conundarum which the nullification of Section 396(7) of the ACJA has caused – for the Court of Appeal or the Supreme Court, to rehear such matters when they are faced with them.

However, I disagree with the Learned Senior Advocate’s further assertion that, since it is constitutional for appeal courts to rehear matters like a court of first instance, why should it be unconstitutional for a Justice of the Court of Appeal to return as a High Court Judge to complete a part-heard matter. For starters, aside from the power of original jurisdiction given to the Supreme Court to the exclusion of any other court by Section 232 of the Constitution, to adjudicate “….in any dispute between the Federation and a State or between States, if and in so far as that dispute involves any question (whether of law or fact) on which the existence or extent of a legal right depends”, the cases which can be re-heard like a trial court by these appeal courts are appeals brought before them from the lower courts, not fresh matters. In Kalu’s case, Justice Idris, JCA, was sitting as a court of first instance, not re-hearing a matter brought on appeal. With all due respect to the Learned Senior Advocate, the role played by Justice Idris, JCA in Kalu’s case, is different from that provided for in Section 15 of the Court of Appeal Act.

Conclusion
It is obvious that, though Section 396(7) of ACJA is a good initiative towards meeting the ends of justice as swiftly as possible, a constitutional amendment to accommodate its provisions is probably the most viable option going forward, even more so than allowing Judges to complete all their criminal part-heard matters before they take their new Oath of Office. It is tidier. As for our colleagues who have argued that, it is unjust for Orji Kalu and his co-Defendants to benefit from their application which was based on a law that has now been adjudged to be unconstitutional by the Apex Court (a fact which some claim may have been known to them before the application was made), take consolation in the fact that, such benefit/respite need not be permanent if the matter is dispensed with speedily, once it is started de novo. Unfortunately, it will not be heard at the Lagos High Court, where with the quantum of funds involved, would have qualified the matter to be put on the Fast track. However, hopefully, with many eyes on this case, it will not be allowed to drag on as it did previously.

Lucky Orji Kalu, for now anyway! With Section 396(7) of the ACJA being nullified, thereby voiding the first trial, he should have been released from the Correctional Centre by now. By this judgement, he has been returned to the position of a Defendant/Accused Person/Suspect. By virtue of Section 36(5) of the Constitution, he is innocent until proven guilty; plus, the offences he stands accused of, are bailable offences. The law, is the law!

P.S.: Covid 19 Update
As the numbers of those infected with the Covid-19 virus continues to rise in Nigeria (and the deaths increase), I was astounded that some Governors believe that playing to certain galleries and allowing public worship at this time, is the best way to secure the welfare of the people of their States. Last Thursday, I watched in amazement, the absurd submissions of Hon. Ado Doguwa, the Chief Whip of the House of Representatives (also representing a Kano constituency), seeking to justify the questionable decision of Kano State Government to permit our Muslim brethren to observe Jumat prayers and prayers to mark the end of the holy month of Ramadan, publicly, even though His Eminence, the Sultan of Sokoto, the spiritual leader of Muslims in Nigeria, directed that Muslims should pray at home. One of the reasons Hon. Doguwa gave for Kano State Government’s decision, was that apart from consulting with the religious leaders of the State who gave their approval for public worship during the Sallah weekend, Kano people do not joke with their faith! My question to Hon. Doguwa is, who is it that jokes with their faith? Lagos or Sokoto people? If your child throws a tantrum, asking to put his/her hand in fire, would you allow? While obviously, faith and prayers are beneficial and not harmful like putting one’s hand in fire, public worship and gatherings generally, are not advisable presently, because we are faced with a highly contagious, deadly virus which has not been fully understood, and does not seem to have a universal cure for no. We must exercise caution for the greater good of our people, as this pandemic is a matter of life and death – it is only those who are alive, that can pray. “Abo oro nt’omo luabi. To ba de nu e, a d’odindi” (a word is enough for the wise). 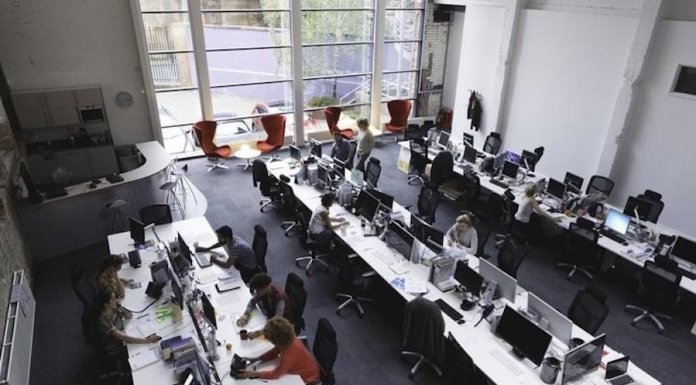