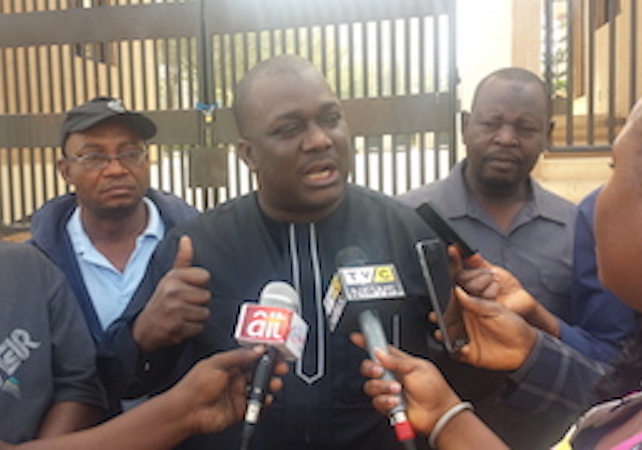 JUSUN, while hailing President Buhari for giving effect to the constitutional provisions granting autonomy for state Judiciary and legislature, expressed regret that state governors were opposed to measures aimed at promoting democracy and federalism by strengthening the other arms of government.

JUSUN’s National President, Marwan Mustapha Adamu, in a statement yesterday, said his union was waiting for the governors to carry through their threat to challenge the Executive Order 10 in court.

Adamu, who recalled his union had got judgment on the issue, which most of the governors have refused to obey, expressed disappointment that governors, who are all direct beneficiaries of various court judgments, are the ones now choosing which court judgment to respect.

The JUSUN chief recalled that the governors neither comply nor appeal the 2014 judgment given in favour of his union by the Federal High Court when it went to court for the interpretation of Section 121(3) and other relevant sections on judiciary autonomy.

He stated that for JUSUN and its members, there is no going back on the issue of financial autonomy for judiciary, adding: “we won’t rest unless that is actualised.

“Let me use this opportunity to inform the governors that JUSUN is ready to meet with them in court. They can’t always have their ways. The autonomy for the judiciary as a third arm of government has come to stay, so there is no going back on that.

“Section 121(3) of the Constitution of the Federal Republic of Nigeria, 1999 (as Amended); and all other applicable laws, instruments, conventions and regulations, which provides for financial autonomy at the state arm of government is very clear, so anything less than that would be resisted by the union.

“The governors also need to be reminded that the union had in 2014 gotten a judgment in favour of financial autonomy for Judiciary and none of them is complying nor appealing that ruling.”