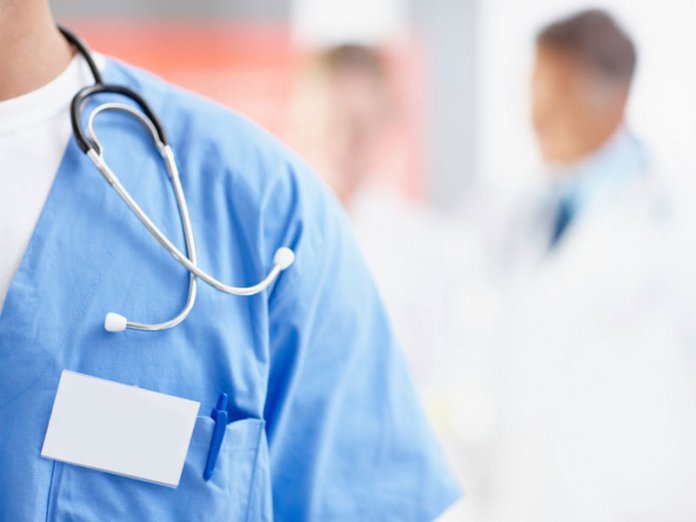 Health workers in Kaduna State have commenced a seven-day warning strike, despite threats of sack by the state government.

The health workers, under the umbrella of Health Care Unions and Association, had on Tuesday issued an ultimatum to the state government demanding the refund of 25 per cent of their salaries, which they alleged, was illegally deducted.

But the state government in a strongly worded statement on Friday by Muyiwa Adekeye, spokesman of Governor Nasir el-Rufai, threatened to sack any worker who fails to report to his duty post, saying government cannot “bend to the blackmail“ of the health workers.

‘’Government rejects the strike threat and will regard persons who fail to show up at their assigned places of work as having forfeited their employment,” the statement had said.

He said salary deductions, which was introduced in April 2020, applied to everyone who works for the state government, from the governor to the most junior civil servant with a take-home pay of more than N50,000 monthly to fund palliatives for vulnerable people.

However, 14 leaders of the healthcare workers unions and associations, in a communique issued on Saturday in Kaduna, at the end of their meeting which held on Friday, announced the commencement of a seven-day warning strike, despite the threats by the state government.

According to the health workers, “The meeting was called to assess the response of the Kaduna State Government to our earlier communication and notice of a 7-day warning strike to press home our demands.

“We observed the following. Kaduna State government deducted 25 per cent of the salaries from about 11,000 of her healthcare workers in the midst of Covid-19 (April and May).

“This action was done in violation of section 5 of the Labour Act.

“Kaduna State Government paid between N150,000 to N450,000 as Occupational
Safety incentives to about 300 selected HCWs and non HCWs working as staff or volunteer in the IDcC and isolation centre or serving in some of the Covid-19 pillars.”

The health workers said less than 2 per cent of the HCWs in the state benefited from the packages.

They maintained that the promised 10 per cent incentives for other HCWs, though inadequate is yet to be paid by the state government.

According to the communique, “Most HCWs that were infected with Covid-19 are from health facilities outside the IDCC and isolation centres and none of them have been paid the purported N100,000 daily for 10 days.

“None of our members working in hospitals have been contacted to give their details for the widely publicized N5 million and the N2 million life and disability insurance respectively.”

The communique further maintained that: “All health workers are exposed to varying degrees of risk of infectious diseases such as Covid-19, tuberculosis, HIV/AIDS, Lassa fever, Ebola fever among others.

“There are no adequate PPEs in the state hospitals as evidenced by patients buying their own gloves, HCWs getting their own personal facemask and eye goggles among other basic PPEs.

“We want to make it abundantly clear that our action is not in any way a blackmail in the
midst of the Covid -19 pandemic.”

The communique also recalled that medical doctors in the state were on strike prior to the pandemic, but were prevailed upon to call off their actions by the state and National Secretariat of the Nigerian Medical Association (NMA).

“At a time when the Case Management thematic pillars were having difficulties to get volunteers, the unions came to their rescue by mobilizing and fully organizing the first training for HCWs to improve the capacity to take care of Covid-19 patients.

“Up until Thursday 21st May 2020, the unions and associations were opened to negotiations and honoured an invitation for a meeting called by the honourable Commissioner for Health even at a very short notice.

“However, issues raised at the meeting were not considered by the government, rather our members were inundated with a circular signed by the Commissioner for Health, threatening no work no pay.

“This was followed by a press release with a threat from government to sack any of our members who participates in the strike.

“On the basis of the above, we wish to state that the 7-day warning strike has commenced
as we earlier notified from 12 noon today Friday 22nd May, 2020.

“We want to thank our members for complying with the directive of the unions and associations in the Kaduna State Health Sector.

“The general public should take note that we are open to dialogue and should therefore prevail on the state government to listen to the voice of reason and do the needful to avert the avoidable crisis in the Health Sector of the state,” the communique said.