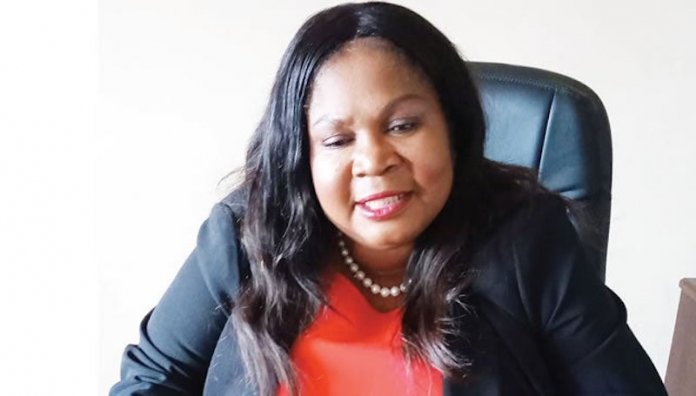 The Ekiti State Government has said it will reach out to the government of Kwara State to exchange ideas on the medical history of the patient who died of the underlining complication of Covid-19 in Ekiti on Wednesday.

The 75-old-year woman was suspected to have died of Covid-19 in one of the tertiary hospitals, after being hospitalised upon referral from an health institution based in Kwara State.

The Commissioner for Health, Dr. Mojisola Yaya-Kolade, said this in Ado Ekiti on Thursday when the Covid-19 taskforce was giving an update on the pandemic.

Yaya-Kolade disclosed that the 75-year-old woman hailed from Ayedun in Kwara State and was hospitalised at the General Hospital, Omu Aran, where she was initially treated for congesting cardiac failure before referral.

The commissioner stated that though there wasn’t any Covid-19 lockdown in Kwara State, but clarified that the issue of contact tracing is very crucial under the present circumstance.

“After they suspected Covid-19 in the deceased, she was referred to Federal Teaching Hospital, Ido Ekiti on May 14. She was treated for two days in isolation before the state was informed and specimen was collected which result came on May 20 and unfortunately the woman died on the May 19.

“We have been able to establish that the deceased came from Ayedun in Kwara and she was not infected here in Ekiti,” she said.

She said another elderly patient whose case was critical and hospitalised at the Ekiti State University Teaching Hospital has been treated in collaboration with the hospital and had recovered.

“As of now, Ekiti has no problem. The only problem we have is the people coming or sneaking into Ekiti and only two fatalities have been recorded,” she said.

The commissioner said the state has not recorded an upsurge of victims that would warrant introduction of home isolation method adopted by the Lagos State Government.

The Director General, Office of Transformation, Strategy and Delivery, Prof Bolaji Aluko, said that the security situation in Ekiti State remains stable with no cases of incursion from neighbouring states.

Aluko added that those who had been arrested for defying the lockdown were being given moderate punishment to serve as deterrent.

The state’s Covid-19 Ambassador, Mr Femi Adeoye, raised the issue that most of the traders and villagers were not well informed about the use of masks.

He advised that efforts must be intensified to sensitise traders who ply their trade at Irona market that has now become over populated due to the closure of Oja Oba and Bisi markets on the need to embrace social distancing and personal hygiene.

The Special Assistant on Public Health, Dr Jimlas Ogunsakin, said over 300 farmsteads have been visited by the taskforce where they carried out adequate sensitisation on the spread of the scourge.

“Our major problem is that many of these villagers are yet to believe that coronavirus exists. We should all collectively move round for this news to sink into the people’s minds,” Ogunsakin said.