Crude oil prices jumped by about $2 per barrel yesterday with the global benchmark hitting one-month high and the United States’ crude climbing above $30 per barrel.

The gradual recovery of oil prices was fuelled by optimism about the reopening of the economies and output cuts by major producers.

Bloomberg reported that summer weather is enticing much of the world to emerge from coronavirus lockdowns.

Shops and restaurants prepared to reopen in Italy yesterday, while other centres of the outbreak such as New York and Spain gradually lifted restrictions.

The June WTI contract expires today, but there was an indication of it repeating a historic plunge below zero last month on the eve of the May contract’s expiry.
However, analysts cautioned that demand was not expected to recover to pre-pandemic levels any time soon.

Also supporting oil prices are production cuts by the Organisation of the Petroleum Exporting Countries (OPEC) and its allies, including Russia, a grouping known as OPEC+.
The world’s top exporter Saudi Arabia announced last week that it would cut an additional one million barrels per day in June, while OPEC+ wants to maintain existing oil cuts beyond June when the group meets next.

Kuwait and Saudi Arabia have agreed to halt oil production from the joint Al-Khafji field for one month, starting from June 1, Kuwait’s Al Rai newspaper reported on Saturday.
Production is also falling as US energy firms cut the number of oil and natural gas rigs operating.

Citing reports by companies that track crude oil shipments to the international market, Reuters reported that OPEC+ has cut its oil exports sharply in the first half of May, suggesting a strong start in complying with a new production cut agreement.

Members of the OPEC+ are cutting supply by a record 9.7 million barrels per day from May 1 to offset a slump in prices and demand caused by the coronavirus outbreak.

Kpler, a company that tracks oil flows, said OPEC+ seaborne oil exports had declined by 6.3 million bpd over the past month towards 27 million bpd, calling the decline a “stunning reversal” from April when producers pumped at will.

Also, Petro-Logistics, another tanker tracker, estimated the producers cut exports by 5.96 million bpd for the first 13 days of May compared to April averages – a “massive” decline, the company posted in a tweet.

According to Kpler, Saudi Arabia is showing the largest cutback.
Saudi oil exports have averaged 7.26 million bpd, down 2.24 million bpd month on month. Russia is also making a large reduction of 922,000 bpd in May, Kpler said.

Kuwait and the United Arab Emirates (UAE) have also reduced shipments significantly.
The two countries have loaded a combined 4.25 million bpd onto ships for export, a drop of 1.26 million bpd month on month, Kpler said.

Southern Iraq exports averaged 2.73 million bpd in the first two weeks of May, according to Refinitiv, a drop of more than 600,000 bpd from April.

But Nigeria, which like Iraq is a laggard in making its share of earlier OPEC+ cuts, apparently has yet to cut exports.
Nigerian crude exports averaged 1.82 million bpd in the first two weeks of May, Refinitiv data shows, steady from April.

The OPEC+ agreement applies to production; so, exports do not provide the full picture on compliance, as withdrawals of crude from storage, could boost exports temporarily. 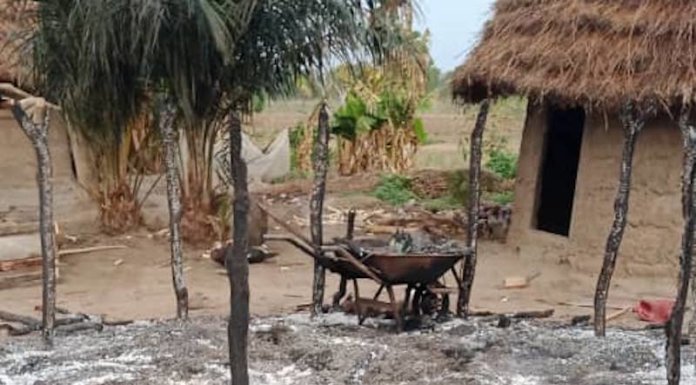