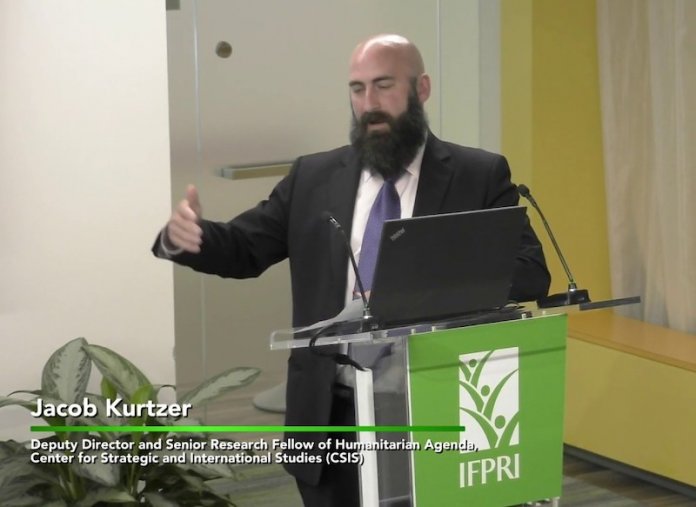 Amid intractable humanitarian crises the activities of Boko Haram and Islamic State in West Africa Province (ISWA) have generated in the Northeast, the United States has provided over $1 billion humanitarian assistance to Nigeria under the administration of President Muhammadu Buhari alone.

For the 2020 fiscal year, also, the US has appropriated $431.75 million in foreign assistance to Nigeria, part of which is meant for the containment of escalating humanitarian challenges in the Northeast, the epicentre of the war against terrorism.

The figures were contained in a new report by the Center for Strategic and International Studies (CSIS), a US bipartisan policy research organisation, citing the Office of US Foreign Assistance Resources, Department of State, Washington.

The report, published on May 11 with the support of the United States Agency for International Development (USAID), analysed the consequences of terrorist campaigns in the Northeast; humanitarian crises it had caused; humanitarian support Nigeria has received from the US and recommendations for effective response to humanitarian challenges in the region.

The report acknowledged increased humanitarian response to the grievous conditions of over seven million internally displaced persons (IDPs) in the Northeast, though revealed that massive needs “persist in the troubled zone.”

In addition to human cost, the report observed that public officials “estimate economic loss to be up-wards of $9 billion, while the World Bank estimates infrastructure damage alone at over $9 billion and the economic loss of productivity at over $8 billion.

“For the United States, the northeast competes for attention with myriad other priorities, including bilateral economic ties, security crises elsewhere in the country and a substantial development port- folio,” the report said.

Citing figures obtained from the Office of US Foreign Assistance Resources, the report revealed that the US “remains the single largest donor to humanitarian needs in the northeast. Total foreign assistance funding appropriated to Nigeria in 2019 was nearly $700 million.”

Specifically, the report acknowledged that the Northeast, the country’s theatre of terrorist operations, remained a priority for the US humanitarian officials working in Nigeria, who regularly raise issues around humanitarian access, though with limited success.

With robust economic and security ties, including an ongoing nearly $600 million sale of Super Tucano aircraft, the report observed that humanitarian issues hardly received priority or in commensurate magnitude or prioritisation.

The report, therefore, added that the humanitarian response is also impacted by U.S. legal requirements regarding humanitarian action in areas with known presence of foreign terrorist organizations and by prioritizing counterterrorism concerns over humanitarian needs.

The report lamented the military impediments to humanitarian action in the Northeast along with the documented history of abuses, which it said, raised critical questions regarding the role of US security sector assistance.

It observed that much of the US efforts to human rights-related provisions in the US law, including the Leahy Act, in no small measures, reduced the effective footprint needed to effectively engage Nigerian forces.

Despite the US security sector and humanitarian assistance programs, the report observed that ten years of violent insurgency in northeast Nigeria “have led to massive humanitarian needs for nearly eight million people, and the crisis shows no signs of abating. “

It lamented ongoing restrictions by the government on humanitarian action, which according to the report, threatened the US policy goals of improved humanitarian outcomes and a reduction in the presence of violent terrorist organisations.

Its consequences, it revealed, have been that millions of civilians in Borno, Adamawa, and Yobe States live in extreme vulnerability, with credible fears of violence along with high levels of malnutrition, water shortages, limited access to health care, and food insecurity.

It examined another limitation ro the US intervention in the Northeast, noting that humanitarians “regularly point to the US military and other donor armed forces as the best vector through which to pass humanitarian messages.

“Nigeria is known to be sensitive to interference with its internal affairs and training efforts have been cancelled or otherwise described as fraught with tension and not particularly successful,” the report said.

It explained that the limited presence of US forces and high deficits in Nigerian capacity suggested that current structures and engagements were not doubt incapable of meeting ambitions to engage and influence on humanitarian and human rights concerns.

It thus suggested a rethink of the role of security sector assistance, saying military-to-military engagement with the Nigerian forces “remains a priority for the United States for its own counter- terrorism interests, as indicated in both the National Security and National Defense strategies.

“As the United States relies on African partners to engage Boko Haram and ISWAP in the Lake Chad Basin, rethinking the security sector approach to a shift on civilian protection, accountability, training across the spectrum of military actors,” the 45-page report suggested,

It equally emphasised that humanitarian challenges would represent an important opportunity to shift the civil-military dynamic in the Northeast, recommending a three-pronged approach to improve the humanitarian response.

It, first, recommended that the United States should encourage the government of Nigeria to allow humanitarian actors to provide needs-based assistance to vulnerable persons in inaccessible areas and to ease restrictions within garrison towns.

It also recommended that the US and other donors should tailor security sector assistance and cooperation to emphasize a priority focus on civilian protection, humanitarian access, international humanitarian law and civil-military coordination.

The report, finally, recommended that Nigeria’s humanitarian team should lay out a clear framework for humanitarian action, including desired outcomes, red lines, and guiding principles regarding dialogue and operations with both the Nigerian military and insurgent groups.

Founded by Mohammed Yusuf in 2002, Boko Haram started its insurgency operation in the Northeast in 2009 under the leadership of Abubakar Shekau initially against soft targets, but progressed in 2011 to the bombings of the Force Headquarters and the United Nations Office in Abuja.

Since 2009, the campaign of violence by Boko Haram insurgents has cost at least 27,000 lives, displaced some two million people and spawned an affiliate of the Islamic State of West Africa Province, opposing the westernisation of Nigeria and seeking to establish an Islamic state.

In September 2019, Buhari claimed that his administration had substantially defeated and degraded the Boko Haram insurgents to the extent that the insurgents were attacking only soft targets. He urged the armed forces to protect innocent Nigerians, whom he said, were ‘soft targets’.

In October 2019, the UN Office for the Coordination of Humanitarian Affairs (UN-OCHA) claimed that over seven million people currently need humanitarian assistance in Borno, Adamawa and Yobe states alone due to the activities of the Islamist terrorist organisations.