Nigerians in the Diaspora Commission (NIDCOM) has described the recent attack on its Chairman, Hon. Abike Dabiri-Erewa, by the Chairman of Nigerians in Diaspora Organisation (NIDO), Europe chapter, Mr. Keneth Gbandi, as selfish and self-seeking.

NIDO had in a recent statement accused Dabiri-Erewa of using her office to create discord among diaspora organisations.

But in a statement issued yesterday by NIDCOM Head of Media and Protocols, Mr. Abdur-Rahman Balogun, the commission said in the Act establishing NIDCOM, it is to coordinate the activities of all diaspora groups and organisations abroad.

He recalled that former President Olusegun Obasanjo indeed came up with the idea of NIDO to be an umbrella body of all diaspora organisations, but unfortunately for 20 years, “this vision has not materialised, because NIDO has not succeeded in bringing registered and recognised diaspora groups under one roof.”

Balogun noted that rather, it has been controlled in some countries by oligarchic few, who are determined to turn it to a private and personal belonging.

He stated: “Our attention has been drawn to an obviously confusing and illogical statement being circulated in the media by the Chairman of NIDO Europe, Mr Keneth Gbandi, on the relationship between NIDCOM and NIDO, as well as several existing and very well socio- cultural and professional diaspora groups abroad.

“The statement to the least could be described as selfish and self-seeking as it is all in the attempt of a very few microscopic minority who want to lord over the majority. NIDCOM has been able to engage as many diaspora groups as possible in all parts of the world through its various activities and interventions.

“But the leadership of NIDO-Europe wants to go it all alone. According to Gbandi, who has been in NIDO leadership in the last 20 years, it’s either his way or no way. We stress again that Gbandi’s argument that whenever NIDCOM board is constituted by the president, it should be made up of only members of NIDO, remains a pipe dream by Gbandi and his very few cheerleaders.”

Balogun noted that for the purpose of clarity and emphasis, NIDCOM is for all diasporans, irrespective of groups and affiliations, and not for one organisation or group in the diaspora.

Purple: From Real Estate to Lifestyle

Tinubu and the Latter-Day Nostradamus

EFCC: A Commission’s Search for a New Life

Purple: From Real Estate to Lifestyle 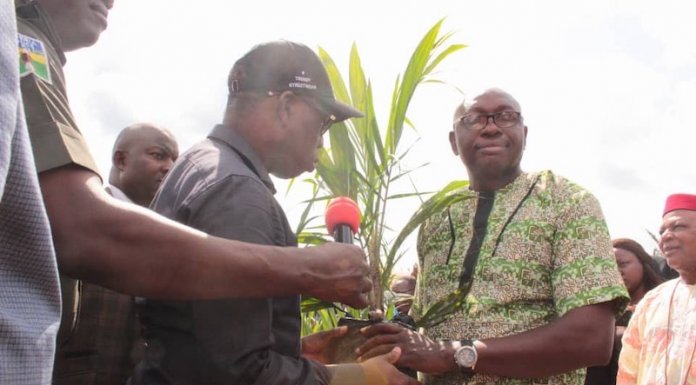