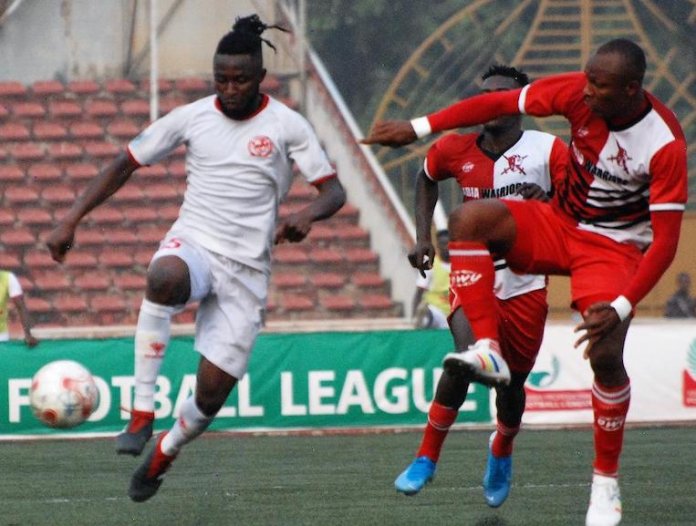 The management of Enugu Rangers International F.C, has confirmed receiving the insurance compensation for its late player, Ifeanyi George who died in an auto crash last March.

George who chalked a cap with the Home-based Eagles before his untimely death, was insured along with his Flying Antelopes teammates by the former Nigerian champions.

The General Manager/ C.E.O. of Rangers, Prince Davidson Owumi confirmed yesterday that the immediate family of the late player will be presented with the insurance compensation by Premier Brokers Limited, the insurance company that brokered the deal.

“Despite the fact that we still mourn the sudden death of Ifeanyi George, our former attacker, we are glad to announce that the club is in possession of the Insurance premium due for the immediate family of the late footballer which will be presented as soon as the lockdown in almost all the states of the federation is relaxed,” stated the former NPL chairman.

George died in the auto-crash along Asaba-Benin express road on his way to Lagos to be with his family members after the club announced a break after NFF called for a shot down of all football activities in March due to Covid-19.

“We are hoping that the man who made this possible, His Excellency, Rt. Hon. Ifeanyi Ugwuanyi, the Executive Governor of Enugu State will be available to make the presentation on the chosen date as a show of respect for another first from him. Remember he also approved and commissioned the first club owned gymnasium in the country,” stressed Owumi.

The group personal accident insurance policy approved for Rangers by Gov. Ugwuanyi covers players and officials of the club in and out of field of play accidents.

In another development, the management of Rangers International F.C has opened a condolence register at its corporate office, Abakaliki Road, G.R.A, Enugu in respect of the late former NFF executive board member/ Chairman of the NNL Hon. Chidi Ofo Okenwa who died penultimate Tuesday. He was also Chairman of Enugu Football Association.