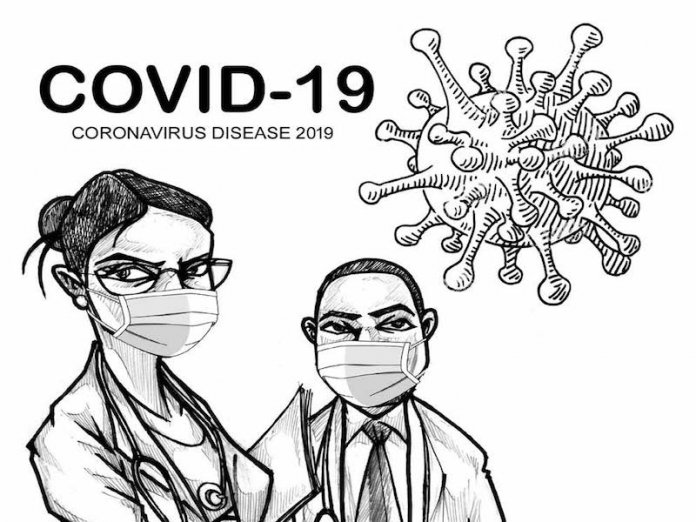 A coalition of media and civil society organisations yesterday disclosed that journalists reporting the incidents of COVID-19 in Nigeria are endangered, citing challenges at their workplaces.

Also uesteray, a global network of editors, media executives and leading journalists, International Press Institute (IPI), also, raised the alarm that some governments globally were hiding behind the public health emergency, to muscle the media.

The coalition expressed the concern in a report of a survey it conducted between April 27 and May 1 to assess the support available to journalists, reporting the incidents of COVID-19 in the country.

With the rising cases that x-rayed the complexity of coronavirus in the country, the coalition commissioned the survey due to the perceptions that journalists might be having a hard time doing their jobs during this period.

While journalists in some countries face challenges with authorities in the area of having easy access to information, the coalition observed that Nigerian journalists also faced challenges in their offices.

It said: “The participants, 463 in number, comprise correspondents, reporters, editors, freelancers and presenters from 73 print, broadcast and online media across 33 states and the Federal Capital Territory.

Findings of the survey showed that journalists covering the COVID-19 required additional allowance separate from salary and payment of outstanding salaries, among others.

The findings listed the needs of journalists to include special COVID-19 coverage insurance package, specialised training on COVID-19 reporting, provision of face masks and provision of specialised equipment to enable social distancing while on the field.

The coalition, therefore, recommended that media owners and managers should widen the scope of their support to ensure that reporters on the field are adequately insured and financially empowered.

The coalition urged media owners and managers owing salaries to pay them; establish workplace policy and follow the same to equip their journalists with specialised and personal protective equipment including for observation of social distancing while on the field.

It also urged them to train their editorial staff on how to crowd source information for their stories without having to necessarily go to the field, explore technological options for interviews while in-house infrastructure should be put in place to ensure the safety of employees and guests (particularly for broadcast media) in line with the safety advisory of the government and health authorities.

Amid COVID-19, the IPI noted that free flow of news and information “is more essential than ever. Government institutions should ensure open dialogue and the exchange of vital information.”
To this end, the organisation stated that it was closely monitoring press freedom restrictions in this exceptional situation.
A recent data collected by the IPI revealed that an alarming number of European governments, especially in eastern and central Europe, had used the ongoing health crisis as a pretext to restrict the free flow of information and clamp down on independent media.

The data showed that the most serious threats have been observed in states with authoritarian tendencies such as Hungary and Russia, where the pandemic has been exploited to grab more powers and tighten control over information.

Meanwhile, other governments with poor records on media freedom, such as Bulgaria and Romania, have also moved to introduce excessive criminal penalties for fake news about the virus, which risk misuse and interference with the media’s ability to inform the public.

It added that elsewhere, especially countries such as Serbia and Moldova have moved to control reporting, impose restrictions on journalist’s access to information, and even try to ban opinion articles.

The report further stated that while some curbs on fundamental rights migjt be necessary to combat the pandemic, those limiting media freedom appeared opportunistic and excessive.