“She was such a sweet person, really a sweet person,” BBC quoted Island Records founder Chris Blackwell as telling the Jamaica Observer while informing the newspaper that Millie Small – full names, Millicent Dolly May Small – had died from a stroke. “Very funny, great sense of humour. She was really special,” he added.

Blackwell also credited Small with taking the Jamaican musical genre ska to an international level with her first hit record “My Boy Lollipop”.

The song itself was her rendition of “My Girl Lollipop”, written in the mid-1950s by Robert Spencer of The Cadillacs, a group known for belting out the rhythm and blues genre known as doo-wop, which originated among the city-dwelling African-American youth in the 1940s. It was first recorded in New York in 1956 by Barbie Gaye before Small, appropriating similar rhythm, recorded her version in 1964. That same year, the hit single chalked up international sales of 5 million copies.

“It became a hit pretty much everywhere in the world,” Blackwell continued. “I went with her around the world because each of the territories wanted her to turn up and do TV shows and such, and it was just incredible how she handled it.”

Small, then a nubile 16-year-old had some time in late 1963 accompanied Blackwell – who besides being her legal guardian was set to manage her career – from Kingston to London. Blackwell had taken her to Forest Hill district in London, where she received intense training in dancing and diction. This was where she made her fourth recording of “My Boy Lollipop”, courtesy a rearrangement by the Jamaican guitarist and composer Ernest Ranglin.

Already two months its release, the hit single saw Small rising to sudden superstardom. She, for instance, appeared in May 1964 as a guest on the ITV’s special programme Around the Beatles. On December 28 the same year, she also featured in ITV’s Play of the Week episode “The Rise and Fall of Nellie Brown”, in which she played the role of Selina Brown. March 6 the following year saw her making an appearance on the Australian TV programme Bandstand as part of a concert in Melbourne. Small’s international tour would trail into the early 1970s.

Meanwhile, the song retained the No 2 in both the UK and the US charts. Her fame also extended to other countries, including Nigeria where “My Boy Lollipop” literally became one of the themes of the post-independence and Civil War years.

Somehow, the fame she enjoyed with “My Boy Lollipop” eluded her with her previous and subsequent songs. Between 1963 and 1969, she also recorded singles like “Don’t You Know”, “Until You’re Mine” “Something’s Gotta Be Done”, “Sweet William”, “Oh, Henry”, “I Love the Way You Love”, “Bring It On Home To Me”, “My Street”, “It’s Too Late”, “Killer Joe”, “Carry Go Bring Come”, “Readin’ Writin’ Arithmetic” and “I Want You Never To Stop”, among several others.

“The problem was that after My Boy Lollipop,” Blackwell was quoted by The Guardian of UK as saying, “We just couldn’t find another song of that calibre.”

Despite a few attempts at shaking the one-hit-wonder tag with a couple of singles, Small resigned to the dictates of fate.

She spent a couple of years in Singapore – between 1971 and 1973 – before returning to spend the rest of her life in the UK. A rare interview she had with Thames news in 1987 let on that she was broke and was living in a youth hostel with her toddler daughter, Jalee, who was born in 1984. Blackwell, who got to hear about her condition, bought her a home in Britain and rehabilitated her.

She hit the limelight on August 6, 2011 – on the 49th anniversary of Jamaica’s independence – when she was awarded the Commander in the Order of Distinction for her contribution to the Jamaican music industry. In July the following year, she stated that she had resumed recording and planned to perform in Jamaica for the first time in over 40 years.

Born on Monday, October 6, 1947, as one of seven brothers and five sisters, in the Jamaican parish of Clarendon, she died on Tuesday, May 5 in London, UK. 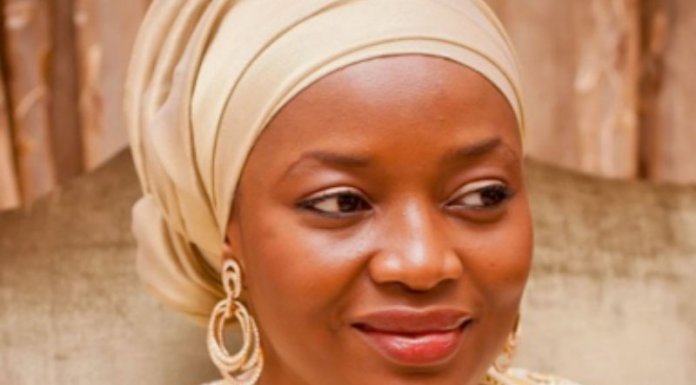 Bandits Kill 3 PDP Delegates, One Other in Niger