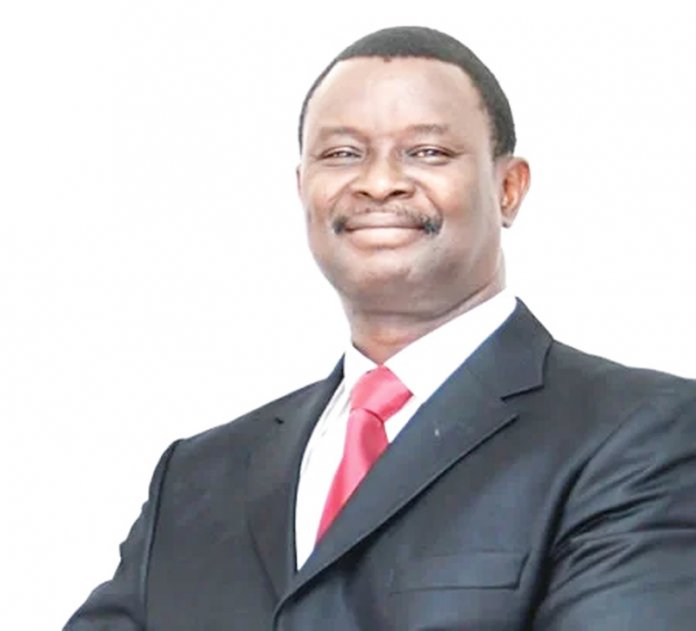 Televangelist and founder of the Mount Zion Film Ministries, Mike Bamiloye has released a new movie titled “The Train”. Subtitled, “The Journey of Faith”, the movie chronicles his true life’s story. It tells the early life, trajectory, marriage and more about the popular evangelist. The biopic, written and produced by Damilola Mike-Bamiloye and directed by Yemi Adepoju and Isaac Femi-Akintunde, premiered on YouTube on May 3, 2020.

The movie stars Seun Adejumobi, Omolara Ayoola, Tolulope Mike-Bamiloye and many other members of his drama ministry. His Mount Zion Film Productions gave a first look of ‘The Train’ in a less than two minute trailer late in April. The trailer’s opening scene shows a native doctor reciting incantations in his shrine. He fires at the spirit medium before him and the scene changes to quick shots trailing the childhood days of Mike Bamiloye.

From being a very restless child running around the neighbourhood, to a young pre-teen on a self-discovery, the shots devoid of dialogue, show a child full of mischief; one that mimics the mannerisms of an old man and even attempts to grow his own grey beards. Although there is a physical in the trailer to the biopic, it is quite obvious that the train is a symbolic accessory to the life story of one of the pioneers of Christian cinema in Nigeria.

Speaking about the new project, The Train, recently, Bamiloye who has touched lives through his faith-based movies said: “It’s a very complex story but the Lord helped them all. I never thought of it at all. I never saw it coming.”

He further said “He just came up to me and said the Lord had put it in his heart to do a movie on the Story of My Life ahead of my 60th Birthday. And I did not want to stop him. But I didn’t know how he would achieve it, because I have a very complex life story. I thought how he would do it: even from my birth to Age 12 was a very, very complicated story. Only the Lord Jesus Christ could couple together such a dislocated life. It is the Story about How Jesus Christ can mend a dilapidated life. How Jesus can transform a bad hopeless life to a life of glory and honour. May the Lord God of Heaven bless all the Casts and Crew.”

This won’t be the first straight-to-YouTube release of a Nigerian film production. In fact, this is also not the first Mike Bamiloye’s film on Youtube. A recent production of the Mount Zion Faith Ministries entitled: ‘Gbemi’, has over 4,000 views on YouTube. Similarly, other Christian film producers apart from the Mount Zion Ministries also release YouTube movies which are in great demand. Even before the Coronavirus outbreak, filmmakers without huge budgets for cinema exhibition, had resorted to YouTube to monetize their productions.

However, in the case of Mike Bamiloye, it is not because of its commercial value, but evangelism.

A household name in faith-based movies on television through his brand and effort in keeping the gospel alive, Mike Bamiloye was born on April 13, 1960 in Ilesa, a town in Osun State. He is married to Gloria Bamiloye, a film actress and evangelist. He founded Mount Zion on August 5, 1985. His debut drama, titled “Hell in Conference” was staged at the National Christian Teachers Conference in 1986 at Ilesa in Osun State.

The filmmaker, actor, dramatist, and director has featured, produced and directed several Christian films over the years in Yoruba and English themes.

His catalogue of movie productions include ‘Agbara Nla’, ‘Apoti Eri’, ‘Ajeboye 1 & 2, ‘Shackles’, ‘Captive of the Mighty’, ‘One Careless Night’, and ‘The Hunting Shadows’ 1-3.

The Case for Moral Capital