The Edo Progressives Movement (EPM), a faction of the All Progressives Congress (APC) loyal to the National Chairman of the party, Mr. Adams Oshiomhole, came under criticisms at the weekend for organising a mock governorship primary election last Wednesday.

The state government and the Peoples Democratic Party (PDP) condemned the EPM for holding the primary, at the residence of former deputy governor of the state, Chief Lucky Imasuen, despite the restriction on social gathering ordered by the federal government to curb the spread of COVID-19.

They called on the police as well as the federal and state governments to arrest and quarantine those who attended the political gathering.

The state government, in a statement jointly signed by the Special Adviser to the Governor on Media and Communication Strategy, Mr. Crusoe Osagie, and the Commissioner for Communication and Orientation, Hon. Paul Ohonbamu, accused Oshiomhole of serial violations of directives to halt the spread of COVID-19 and cause crisis in the state by organising political gatherings through his group.

The main opposition party and a group, the Governors’ Mandate Network, also called on the Inspector-General of Police, Mr. Mohammed Adamu, and the Presidential Task Force on COVID-19 to arrest those who took part in the primary.

The Edo State chapter of the party also berated the Oshiomhole-led faction in the state for endangering public health in its desperation to replace the Governor, Mr. Godwin Obaseki, in the forthcoming election in the state.

The PDP berated the Obaseki administration for lacking the courage to bring the associates of the national chairman to book for breaching safety measures to combat the virus.

However, in condemning the primary, the state government said the illegal meeting termed ‘APC faction mock primary,’ did not only go against the directives of the federal and state governments, but also jeopardised efforts to contain COVID-19, thereby endangering the lives of Edo people.

The statement by the state government described the former governor’s actions as not only reprehensible but callous and selfish.

It accused Oshiomhole of continuing in his alleged quest to cause a crisis in the state and destabilise the state’s chapter of the APC amid COVID-19 pandemic.

“It is not surprising that Comrade Adams Oshiomhole has continued his doom-fated attempt to destabilise the Edo State chapter of the APC. But what is most unconscionable is that he is propagating this move at the expense of the safety and wellbeing of Edo people.

“By organising the supposed mock primary on April 30, 2020, with more than 50 persons in attendance, he is undermining efforts of different stakeholders in containing the spread of the virus and also dishonouring all those who have died from this virus. Those who organised the political gathering initially held at Lucky Imasuen’s residence in Benin City later moved to different locations to continue their inglorious show of shame, in the perpetuation of the wishes of their puppet master.

“The antics of Oshiomhole are well-known, but it bears repeating that he is on a mission to re-enact what happened in Rivers, Zamfara and Bayelsa in Edo State. He has continued to perpetuate the factionalising of the party in the state, with an intent to cause the party to lose its opportunity to participate in the forthcoming gubernatorial election,” it stated.

The state government urged the presidency and the leadership of the APC at the national level to call Oshiomhole to order.

In another statement, the Secretary to the State Government, Mr. Osarodion Ogie, said it was despicable of Oshiomhole to organise such an event at a time the world was reeling from the havoc of COVID-19.

Ogie noted that Oshiomhole’s actions are tantamount to spitting on the grave of the dead and endangering the lives of many others.

Also reacting to the conduct of the primary, the Governors’ Mandate called on Obaseki and the Nigeria Centre for Disease Control (NCDC) to prosecute Imasuen, Pastor Ize Iyamu, Odubu, and other loyalists who gathered at Imasuen’s house to conduct the mock primary in violation of the social distancing rules.

It urged Obaseki to ensure that about 200 persons, who were at the venue of the mock primary, were quarantined.

The group, in a statement by its Chairman, Mr. Osaro Onaiwu, said information available to it suggested that some of the people at the venue of the mock primary were already on the run.

“While some, it was gathered, are already in Abuja, some others have gone into hiding to avoid been quarantined as demanded by the mandate,” it stated.

It called on the IG and the COVID-19 task force not only to prosecute any of the members, who were at the venue, but to also declare them wanted to face the law and also be quarantined.

The Governors’ Mandate added that what Imasuen and others did was not different from what a Nollywood actress, Mrs. Funke Akindele, did that warranted her and the husband to be convicted. 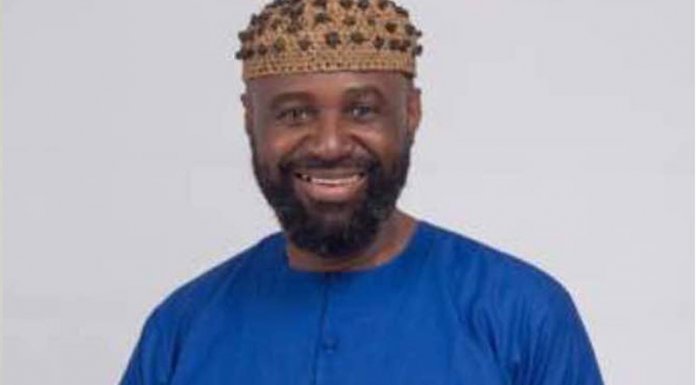