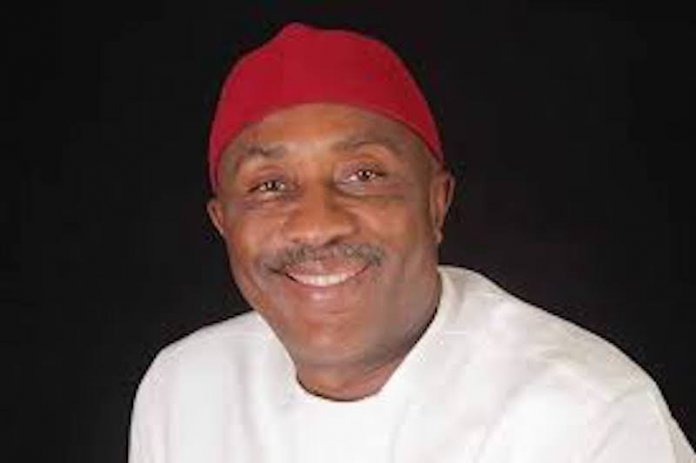 Onyeagucha, also, faulted Uzodinma’s claims that his administration increased the state’s internally generated revenue from N600 million to N1.2 billion within the period he assumed office.

He clarified these claims in a statement he issued yesterday in response to some issues Uzodinma raised in a state broadcast he addressed to mark his 100 days in office.

In a statement titled Uzodinma lied about his 100 days in office, former SSG said Uzodinma’s allegation that Ihedioha administration appropriated N800m in the 2020 Budget for the renovation of the Governor’s Office “is a sham and smacks of ignorance. There is no such subhead.”

He noted that Uzodinma’s assertion that he raised the state’s IGR from N600m to N1.2 billion amounted to brazen and flagrant misrepresentation of a well-documented income data of a state, unfitting of a governor.

According to him, the truth is that Ihedioha administration “met the IGR at N250 million and scaled it up to N1.187 billion as at December 31, 2019. Ihedioha stated this articulately in his January 1 state broadcast that the IGR had risen to over N1 billion.”

Again, Onyeagucha said Uzodinma lied to the people of Imo State by informing them that his administration tackled flooding challenge in Owerri.

He noted that a government that was inaugurated during the dry season like Uzodinma’s regime “cannot lay claim to grappling with flooding that is yet to manifest.

“Ihedioha administration came into existence at the peak of the rainy season. The submerged nature of Owerri at that time forced him to take extensive steps towards confronting the situation,” former SSG explained.

He said: “Through ENTRACO, the state government desilted Owerri Municipal towards galvanizing the blocked drainage system and it yielded desired results. The government also mobilized relevant professionals who brought their expertise to bear in combating Owerri flooding.”

He equally faulted Uzodinma’s claim that he had revived ADPALM and that it was producing 300,000 metric tonnes of oil daily saying ‘this is not only deceptive but a figment of his imagination which speaks volumes of the character of the person at the helm of Imo affairs.”

He narrated how the Ihedioha administration “undertook a considerable percentage of the rehabilitation process. Production is yet to commence.

“In the broadcast, Uzodinma stated that he inherited a sorry state of affairs on assumption of office on January 15. This is obsessive falsehood and inconsistent with comments credited to him on assumption of duty.

“In his maiden broadcast, Uzodinma promised Imolites that he would continue with the governance structure, roadmap and foundation laid by Ihedioha government.”

Consequently, former SSG noted that Uzodinma “has been struggling to clone Ihedioha vision. In the same speech he used to commemorate his 100 days in office, he reiterated his tendency to continue with the 25 roads projects commenced by Ihedioha administration.

“It is illogical to claim that he inherited a sorry state of affairs. Besides, it is on record that Ihedioha administration was appraised as the best overall performing state in ICT development by the National Council on Digital Economy.

“It was also ranked as the fastest growing economy in Nigeria by Business Day Newspapers, a leading economic journal given the manner the administration revitalized and reformed all the key sectors of Imo economy within seven months.

“Uzodinma’s claim that he inherited an empty treasury is another fallacy and malice that must be addressed. Let him tell the good people of Imo how he was able to pay salary of workers in January and to offset other government expenses.

“It is on record that within the seven months the hedioha administration lasted, the government never borrowed a kobo and yet it was able to undertake huge infrastructure development projects including the reconstruction and rehabilitation of 25 roads.

It is regrettable that in less than three months, the Uzodinma government has borrowed billions of naira without concrete achievements to showcase after 100 days,” the former SSG explained.