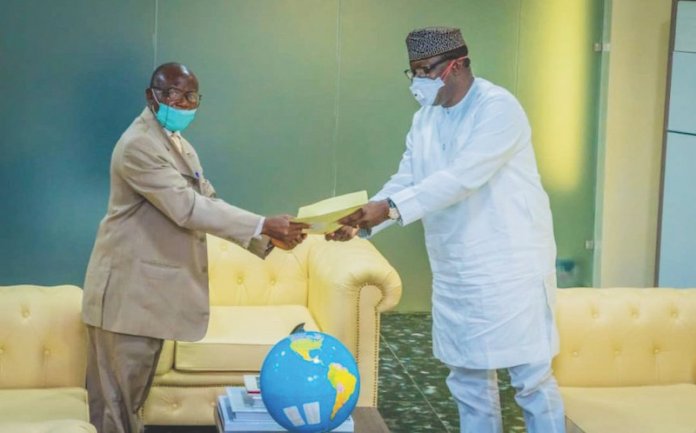 Ekiti State Governor, Dr. Kayode Fayemi, last week, pulled off a good one, when he recognised a certain father, Mr. Femi Adeoye, who refused his son access to the house for just returning to Ekiti from Lagos after defying the lockdown orders, especially, that he could not also ascertain his Covid-19 status.

Not only did Fayemi recognise him, he also made him an Ambassador of the Covid-19 Response Team, whilst at the same, suspended the security man, who made the video with the sole aim of making a mockery of the otherwise disciplined and principled father.

Spare a thought and imagine Mr. Adeoye at the border of Ekiti, then, he would be a major pain in the skin of the allegedly compromising security agents across the country. What Fayemi has done is to encourage good deeds by recreating a society that recognises the principle of reward and sanction in its quest for egalitarianism. With choices like this, hope is on the horizon!