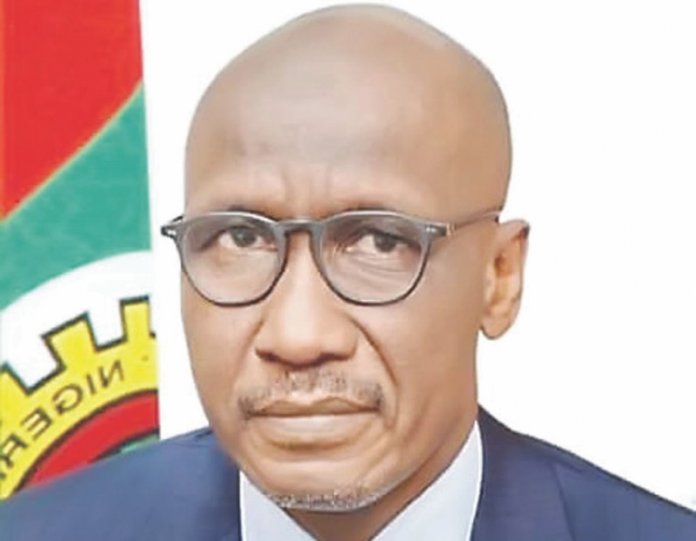 The two are from diverse backgrounds but seem driven by the same passion- the desire to make things better. Timipre Sylva, Minister for State for Petroleum and Mele Kyari, the Group Managing Director of the Nigerian National Petroleum Corporation (NNPC) are two of a kind.

The two were appointed to their respective offices by President Muhammadu Buhari almost at the same time. Kyari came in July 2019 while Sylva came on board in August of the same year. But the two have been able to forge a rare collaboration that has brought synergy to operations in the oil and gas industry and ensured calm in the highly combustible Niger Delta.

This is an extraordinary accomplishment in view of recent history where rivalries and insubordination have defined relationships between the minister of state petroleum and the GMD of NNPC. These are two different people who have found common grounds and aggregate a progressive vision for the oil sector. The two are perfectionists who’re known not to compromise and who;re willing to go the extra mile to achieve their ambitions.

Kyari, a geologist who has spent his working life in the oil and gas industry, was born in Maiduguri, Borno State. Sylva trained as a linguist and was born in Okpoama-Brass, Brass LG of Bayelsa. But Sylva cut his teeth at the Shell Petroleum Development Company where he did his National Youth Service Corp and developed interest in oil and gas. He later became a special assistant to the Minister of State for Petroleum, Dr. Edmund Dakouru, in 2004.

Today, Sylva his occupying the position of his former boss and showing he’d had some extraordinary tutelage under Dakouru. He’s showing remarkable capacity as minister of state for petroleum in an industry driven by knowledge, technical competence and transparency.

This perhaps is why he and Kyari have been able to forge a productive partnership that is transforming the industry. In the last one year they’ve been in the saddle, the two have combined positively to chart a new course for the NNPC and the oil and gas industry.

It started off with NNPC developing a five-step approach to attain global excellence via the TAPE agenda (Transparency, Accountability and Performance Excellence), with the active support of the minister of state who has acted has a bulwark for Kyari’s transparency initiatives.

Among achievements they’ve shared together is the completion of Phase1 of the Port Harcourt Refinery Rehabilitation exercise and the re-opening of OML 25 flow station in Rivers State after two years of inactivity as a result of community issues between the host community/Belema Oil and Shell Petroleum Development Company.

Kyari, working with Sylva, was able to restore oil production in the community and get youths of the area engaged, thereby bringing peace and stability to a hitherto volatile community. It is easy to downplay the significance of that development, but when you think of how many years production had stopped in the area and what Nigeria and the community were losing, then the impact of the action would be better appreciated. The reopening of the oil station would add 35,000 barrels of crude oil per day to Nigeria’s daily production.

In a statement issued by the NNPC after the historic peace agreement, Kyari acknowledged the role of the minister of state in ensuring the settlement of the dispute, and said Sylva had shown alignment with the vision of President Muhammadu Buhari. He said the minister was working tirelessly to ensure harmonious relations between host communities and oil industry operators in the country. The two, together with stakeholders, have also worked to address challenges in the upstream and downstream oil sector in a manner that has promoted transparency and industrial harmony. Unlike previous years, the industry has witnessed better synergy, a situation has also promoted investment into the sector.

It is the existence of this kind of productive collaboration that led to the recent unprecedented rally of international and local oil companies in the country to support Nigeria’s response to the Covid-19 pandemic. s NNPC and its partners mobilized a N21 billion intervention fund to support federal and state governments in the country. The money went into the purchase of ambulances for emergencies, medical equipment, including donation of fully equipped intensive care units to states which have recorded high cases of the pandemic. Every state in the country received at least one ambulance from the fund.

The intervention was mobilized within days of the pandemic and the purchase and delivery of the items kicked off a few days after it was announced. This synergy between the minister and the GMD has been glaring during the cross country tour to deliver the intervention items. The two were often seen together in the same delegation with each taking turns to make a speech.

Sylva is not a minister just enjoying the cruise. Neither is Kyari. Both share a passion for the people. The people are the centre of their universe.

Before his appointment as GMD, Kyari had been a unionist, fighting the cause of those working in the industry. He built a reputation for transparency, diligence and commitment.

Sylva is no different. Sylvia’s life has been about people. He first demonstrated this trait when appointed Executive Secretary of the National minority Business Council, Port Harcourt, where he saw to the creation of employment opportunities for his people. This was the passion that led him into politics where he became a hero for the youths of the Niger Delta.

Sylva’s political acumen and capital have combined admirably with Kyari’s industry capacity and reputation. One complements the other without false airs. Unlike in the past when efficiency was compromised by unnecessary rivalries, the two are focused on the same agenda and not working at cross purposes. The industry is no doubt the better for it. And Nigeria, the ultimate beneficiary.
––Suleiman wrote in from Abuja.