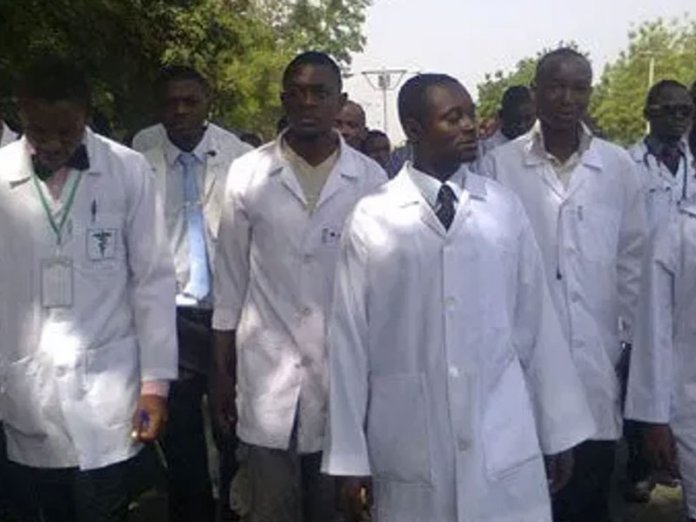 Globally, this is not the right time for doctors or any health personnel to embark on strike. It is ill-timed because the world is currently battling ravaging health war with the sudden outbreak of COVID-19 pandemic that had claimed and still claiming many lives and defied cure. This is an axiomatic and indispensable fact, devoid of any sentiment or emotion.

Reading through it and in between the lines, I was baffled why the resident doctors in ESUTH Parklane Hospital Enugu should descend so low to covertly pen down such write-up on social media platforms to justify their ill-timed strike action, instead of engaging the state government in a constructive dialogue to promptly resolve their differences for humanity sake.

According to the doctors, their major grouse is the state government’s inability to pay them 100 % Consolidated Medical Salary Scale (CONMESS) as obtained in Federal Teaching hospitals and some state owned- teaching hospitals.
According to their elucidations in the write-up, the struggle for the 100% per cent CONMESS predated Governor Ifeanyi Ugwuanyi’s administration.

The doctors also claimed that their counterparts in Federal and some state hospitals have been paid the 100 per cent CONMESS.

Deciphering from the above claims by the Parklane resident doctors, it is obvious that they are not realistic and at the same time trying to capitalise on this critical moment of global health challenge to blackmail and armtwist the Enugu State Government to accede to their impossible and unrealistic demands at the expense of other state obligations that require government funding as well.

I am aware that before now, some of these doctors have opportunity of leaving Parklane Hospital and picking appointments elsewhere where they can be paid 100% CONMESS.

Many of them have done so and some are on look out for such opportunities which is normal and a norm in their practice. Some of them apart from owning private hospitals, where they pay more attention, also work in other hospitals and at the same time in Parklane Hospital.

Nobody questions them about that, not even their employer, the Enugu State Government. Any attempt to query or question such professional harlotry, the doctors will quickly say that it is their professional right to do so. Many have criticised the practice and seen it as bane of comprehensive healthcare services in Nigeria today.

Now come to think of it, after the Parklane Resident Doctors’ encounter with Ugwuanyi’s predecessor, Mr. Sullivan Chime on the issue of 100 per cent CONMESS payment and even went on six months strike to press home thier demands without success, despite the financial liquidity in the state coffers then, where do they think that Ugwuanyi’s government will get fund to pay them now? How? Have they forgotten that Ugwuanyi’s government on assumption of office in 2015 was faced with recessed economy that nearly shut down governance in Nigeria. Since then, coupled with the crashed price of crude oil globally, the business of governance has continued to suffer adequate funding. This was unlike between 2011-2015 that price of crude was consistently between 100 dollars and 110 dollars per a barrel.

Even after Chime’s administration agreed to pay them 70% CONMESS, the government couldn’t implement it till after five years, just at the twilight of the administration. With the raging Covid-19 pandemic that had crippled the economy of the world with the price oil at zero per cent for the first time in international market, where do the Parklane resident doctors want the current administration to get money and pay them 100 per cent CONMESS? Are these resident doctors of Parklane saying that other civil servants should be denied their monthly salaries and allowances and that government should abandon all other financial obligations and pay them 100 per cent CONMESS?
I cannot understand what they really want and how they think they will achieve it at this point. What happened to the 25 per cent covid-19 pandemic allowance Ugwuanyi’s government paid the doctors and othe health workers just a day before they embarked on the needless strike? What about the life assurance scheme approved for them which is the first of its kind in the country since the outbreak of the global health pandemic? These are not parts of their employment entitlements, but the state government gave it to them as additional incentives to motivate them.

Did these Parklane resident doctors really take Hippocratic or hypocritical oath upon graduation from medical school? It is good to know because their actions so far depict that of people, who took hypocritical oath and are acting hypocritically. If not, why are their agitations not in line with Hippocratic oath they took which is to place human lives at all times above every other interests. What informed the striking doctors’ decision to flout the subsisting Industrial court judgment that stopped them from embarking on any strike action and another judgment of the same Court that emphatically ordered the state government to commence contempt proceedings against them against them, if not their hypocrisy and lawlessness? Are they above the law? What will be their fate with the latest court order for them to be charged for contempt of court?

Are these doctors saying that had it been that Enugu was overwhelmed with Covid-19 cases like Lagos and Kano, this is how they would have treated the people of the state-abandoning them to their fate at a trying period. Too bad. Are Parklane Resident Doctors not aware that some doctors in Lagos volunteered to assist in the battle against covid-19 pandemic? Are they not the same doctors like them? Why is that out of the all the medical/ health workers in ESUTH Parklane Enugu, it is only the resident doctors that embarked on strike at this critical period of Covid-19 pandemic?

Parklane Hospital resident doctors should know that history will not be kind to them if they allow the strike action to linger. They should know that this is not time to down tools even if their demands are genuine. There should return to work immediately and continue negotiations with the state government, possibly after the covid-19 pandemic is over. This was major part of the Nigerian Medical Association (NMA) directives to doctors across the country. This is not time to hold Enugu people to ransom by embarking on ill-timed strike action.

However, the enormity of their contributions and that of other health/ medical personnel and the attendant challenges they face as frontliners in the fight against the spread of Covid-19 pandemic are well known and appreciated. But that is not enough reason for the ESUTH Parklane Hospital resident doctors to embark on strike now that their services are mostly needed in Enugu State. The timing of the strike is condemnable, catastrophic and dangerous. It is capable of spelling more doom on the ailing health sector in the country at this critical time of global health challenge.

Nwankwo Francis wrote in from Enugu 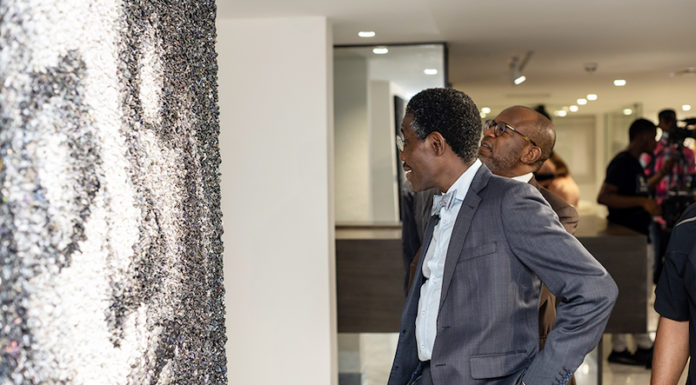