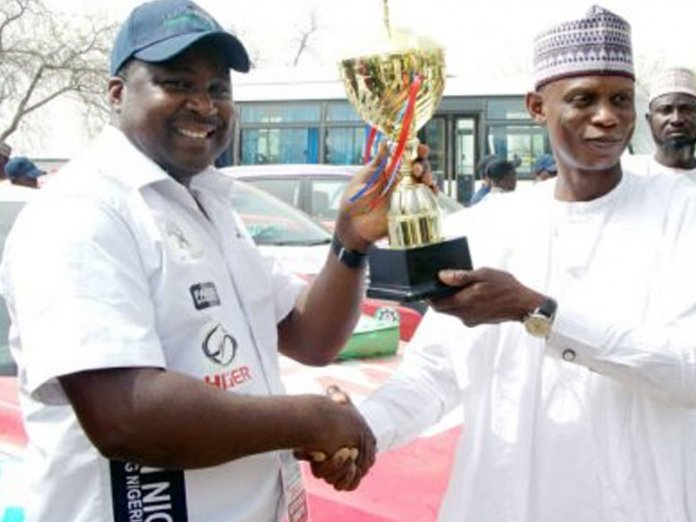 The trophy was presented in Kaduna to the Managing Director, Mr. Ibrahim Tanko Mohammed by the driver of Peugeot 508 GT, the car that won the motor race, Mr. Shima Shimbe.

Peugeot brand defeated all its competitors-Honda, Nissan, Hyundai, Changan (from the stable of Stallion Motors), GAC, JAC (Elizade Motors), Yutong and JMC-to win the trophy. The car was adjudged the overall best winner because it met all the criteria stipulated by the organizers of the rally.

At the trophy presentation ceremony, which was decidedly low-key due to the current global pandemic, Mr. Mohammed said that, “PAN Nigeria participated in the 2020 edition of the motor race in order to support the National Automotive Design and Development Council (NADDC), the federal government agency that drives the modernisation, development and growth of the automobile industry in the country.

Mohammed identified performance, comfort, fuel economy, adaptability and safety as the unique selling points of the winning brand, adding the attributes enabled the car to win the keenly contested race.

The Argungu Motor Rally is Nigeria’s premium and first motorsport. It started in the early 1970s as part of the Argungu Fishing Festival, and has overtime developed into a growing and internationally recognised brand.