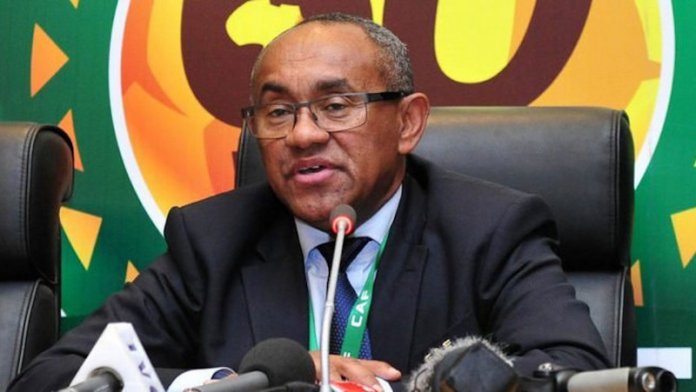 With less than a year to another Elective Congress of Confederation of African Football (CAF), the incumbent, Ahmad may have tactically shelved his intention to seek re-election into the continental football top job.

The CAF President said yesterday that he wanted to be focussed and not ‘distracted’ in the fight to banish the coronavirus pandemic ravaging the world footballers as no exception.

Amid power struggle within the cabinet and an alleged large scale misappropriation of funds levied against his leadership, the Malagasy football technocrat announced on his verified twitter handle that “Today, several medias announced my application to a second mandate of @CAF_Online’s President. I am fully focussed on the #Covid19 crisis management. When I will take my decision, I will let you know,” Ahmad tweeted at about midday local time yesterday.

But while the CAF boss is still playing mind games towards the crucial elective congress, a former scribe of the body, Amr Fahmy, has already threw his hat into the ring as a major challenger almost the same way and time that the incumbent began his plot to upstage immediate past President, Isah Hayatou. The Cameroonian held sway since 1988 before he was roundly beaten at the Addis Ababa congress in Ethiopia.

Incidentally, Fahmy, who is a scion of the legendary Egyptian football family is the grand child to the first CAF Secretary General of CAF but fell out with the present regime after serving from November 2017 till early this year.

THISDAY can recall that most of the foot soldiers deplored by Ahmad camp to upstage the former Executive have fallen out with the former finance minister of Madagascar because of his alleged bitter politics and style of administration.

At the last CAF General Assemble shortly before AFCON 2019 in Egypt, Ahmad worked against the return of Nigeria’s Amaju Pinnick who was the 1st Vice President following the resignation of Ghanaian Kwesi Nyantakyi.

Pinnick was the rallying point for most of the executive committee members and is believed to have led the plot that ousted Hayatou.

However, in the wake of the weighty allegations of fraud at the confederation under Ahmad’s watch, FIFA’s Secretary General, Ms Fatma Samoura was appointed by the world body to sanitize CAF administration.