A Tribute by former staff of The Democrat Newspapers

Sometime early 1987, Mallam Ismaila Isa Funtua, MD, as we fondly called him, brought an intimating CV to our office at the Democrat newspapers, Kaduna. The owner of the CV graduated from two of the world most famous universities, Warwick, and behold, Cambridge universities.

The CV was intimidating not only because of its academic high flying colours, but more so, the profiles of the universities attended. It recorded three degrees, two Bachelors, Sociology and Law and a Masters, also in Law. That Curriculum Vitae bored the name of one Abba Chima Kyari, an Ox-Bridge Alumni. Weeks later, a rather tall, but slim black man, with two Kanuri marks on his face, came to our office. He was introduced as Mallam Abba Kyari. He was in white and red cap, (Dara), a mode of dress he maintained almost throughout his life.

He had come to assume duty as the Deputy Editor, Democrat (daily) and was to work under an equally indefatigable journalist, Mallam Abdulkarim Albashir, the Editor. Mallam Albashir was later to be promoted to the post of Editor-In-Chief, while Abba Kyari replaced him as Editor (daily). Mallam Mamman Daura introduced late Abba to Mallam Ismaila Isa Funtua.

Gausu Ahmad, Editor Weekly Democrat was “drafted” to the Democrat stable by another veteran, Alhaji Mohammed Ibrahim, ex- D-G of NTA and FRCN and now the Makama of Ringim, Jigawa State. Gausu was at that time working with the defunct Concord Press Limited, as Editor Sokoto State Community Concord. Initially, Gausu was reluctant to join the Democrat newspapers as he was reportedly “tired of jumping” from one newspaper to another. He, however, sought to know who Mallam Ismaila Isa Funtua was from the late Adamu Ciroma. Ciroma described Mallam Ismaila Isa as an “extremely competent” person. Thus, Gausu Ahmad was persuaded to join the Democrat newspapers.

At the first appearance, Abba wore a stoic and aristocratic looks. Deep down and at close encounters, however, he was a very humble and humorous person with a lot of passions and love for the down-trodden. His sense of humour came out easily when he told stories and engaged in inter-ethnic jokes with the MD, Mallam Ismaila Isa Funtua, the latter being a Bakatsine (Katsina man) and Abba, a Kanuri. Abba would also tell stories and jokes about Fulani and Tivs, especially the Tor Tiv Palace.

By the time Mallam Abba joined the Democrat newspapers, the weekly edition was already in operation.as it had been relaunched months earlier. Late Mallam Abdulkarim Albashir, late Gabriel Abutu, Mr Vincent Ozomaya (Production Manager or PM), Ladi Adamu, (woman Editor) and Gausu Ahmad worked to resuscitate the old Democrat newspaper. There was also our Chief Sub, Pat, from the old Bendel State. The orientation of the paper was however changed from its partisan leaning to a more professional journalism under the new leadership of Mallam Isa and Albashir.

At the planning and later staff recruitment level, Mallam Albashir, Mr.Vincent Ozamaya, (PM), Ahmad Rufae Mahmoud(Chief Account), late Gabriel Abutu (Chief-Sub) and Gausu Ahmad would travel to Kuru, Jos, to meet Mallam Ismaila Isa, who was then undergoing his MNI course at the National Institute for Policy and Strategic Studies (NIPS), for strategizing and planning for take-off.

The Democrat newspapers were resuscitated from the rested weekly newspaper that was stillborn at the eve of the collapse of the Nigeria’s Second Republic. For the paper was launched on Friday night 30th December while the military struck the next night, 31st December, 1983. The defunct New Nigerian newspaper wrote a Candido comment titled “Charles Sharp was here”, sarcastically comparing the event to the launch of the New Nigerian, whose founder, the late Premier of Northern Region, Sir Ahmadu Bello, was assassinated barely two weeks after the launch of the paper. Coincidently, both newspapers were launched by the same Charles Sharp, a British print media veteran.

So the old Democrat operated fledgingly until it fizzled out after one or two years. The “new” Democrat, therefore, had the task of not only restoring the confidence of a disappointed audience, but also to compete with the then dominant New Nigerian Newspapers. Above all, the “new” Democrat set out to create a niche in the southern media space. This was however, a no mean task and herein lies the role of Mallam Abba Kyari.

With his Cambridge intellectual background, legal mind and a high sense of mission and commitment, Abba gave the daily edition a fresh look, both in design and content. He was very particular about foreign news and would make sure that Mallam Bello Bashir Gwarzo monitored all the major international radio stations to write foreign news and briefs.
Abba would also insist on the best headlines, layout and design for the paper, often with high intellectual touch. With him, it was never a routine journalistic reporting and commentaries, as with other papers. Indeed, Abba always aimed at perfection in whatever he did. He helped to ensure that the papers took liberal stance. His legal background saved the Democrat newspapers from many possible libels and unjustifiable criticism against any government officials, despite some critical editorial comments published by the papers. This was also a good testimony for ex-President Babangida’s tolerance and liberal attitude towards the press.

Mallam Abba helped mentor many junior staff who later became editors and managers in their various media and other organizations. Two examples were Bello Bashir Gwarzo, who later became Managing Director of The Triumph Newspapers in Kano, late Gabriel Abutu who became editor, Democrat Weekly.
By any standard, Abba Kyari was an enigma. He embodied the attributes of an aristocrat, a professional, a technocrat and yet deep down, he was humble and passionate.

The weekly edition specialized in human interest stories, covering all parts the country, sports and good cartoons created by Abubakar Shekara, currently Director of Press to Governor Tambuwal, of Sokoto State. Its sports pages were a great fun, being edited by a weird genius, Suleye who worked with passion.

With the arrival of Mallam Abba at the Democrat newspapers, the senior editorial staff ventured into a new routine of consultations with some senior veterans. Now and then the MD, Mallam Isa, would arrange meetings with the late Adamu Ciroma and Mallam Mamman Daura. The duo would provide the senior editors some insights into journalism and the workings of newspaper industry, in particular. Late Adamu Ciroma in an orientation lecture to the staff of the new Democrat newspapers provided the basis for the editorial policy of the Democrat newspapers. Mallam Ciroma told the staff how they, at the New Nigerian stable, set up a mechanism for measuring public opinions and checking proprietorial pressures. He explained that whenever they noticed government showering praises on them, then they knew that they were tilting too much toward government and away from the people. On the other hand, when they heard the opposition praising the papers, they realized that they were being too critical against the authorities. In either case, they retraced their steps and tried to balance.

Mallam Abba Kyari’s relationship with colleagues and juniors was simply that of comrades. Whenever our MD, Mallam Isa was around, a rich meal would be brought to office. The MD, Together with Albashir, Kyari, Gausu, Mahmoud, Abdulhamid Baba Tunde and Tunde Mohammed, we would have feasst, cracking jokes as one happy family.

But Abba never stayed in one place for too long, not even in his office. He would go up to the production, the paste up and other sections, overseeing the work while other editors remained in their offices. He would ensure that the work was done properly. He would never accept failure or laziness, but was never oppressive or unjust against junior staff.

Mallam Abba was a loyal staff, a dependable leader and a reliable friend. Little wonder, President Buhari trusted him so much against all criticism by the uninformed and the mischievous. Indeed, to demonstrate the level of trust the President had on his Chief of Staff, Abba Kyari, Buhari directed all minister to clear with Abba before coming to him for their problem. There were all hues and cries against the directive. Buhari’s reason only became clear after the demise of Abba Kyari. The President described him as a loyal and trusted friend for over forty years.

We also continue to hear and read eulogies, accolades and all types of praise being showered at the late Abba from across regional, ethnic and religious divides throughout the country. This was after he was much maligned by the uninformed and professional critics. Had Abba been an ordinary mortal, he would have been swept away. Typical of him, he persevered and triumphed at the end.

It was Alexander Pope, I think, who once said: “The natural tendencies of men, so slow to praise and so quick to blame, makes the discovery of ideas more difficult than of the high seas and oceans.” That exactly was the metaphor of Abba Kyari.

For him, it was a triumphant exist during a plague, which according Islamic principle is a martyrdom for a Muslim. May Allah (SWT) multiply Abba Kyari’s good deeds many folds, forgive his short-comings and admit him, out of His mercy, into Aljannatul Firdausil aala.
Courtesy of Mallam Ismaila Isa Funtua, Managing Director, New Africa Holdings Limited, Kaduna, Nigeria, Publishers of the Democrat Newspapers. 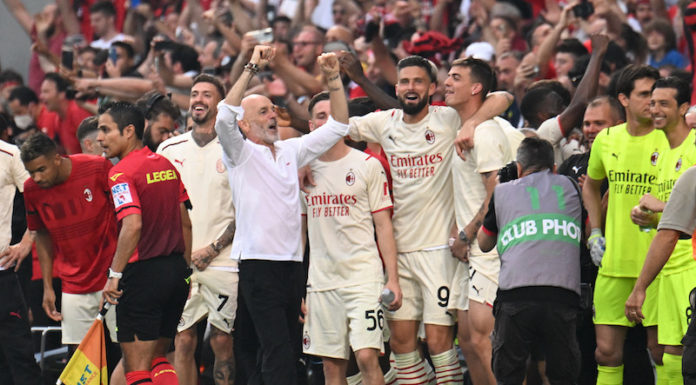