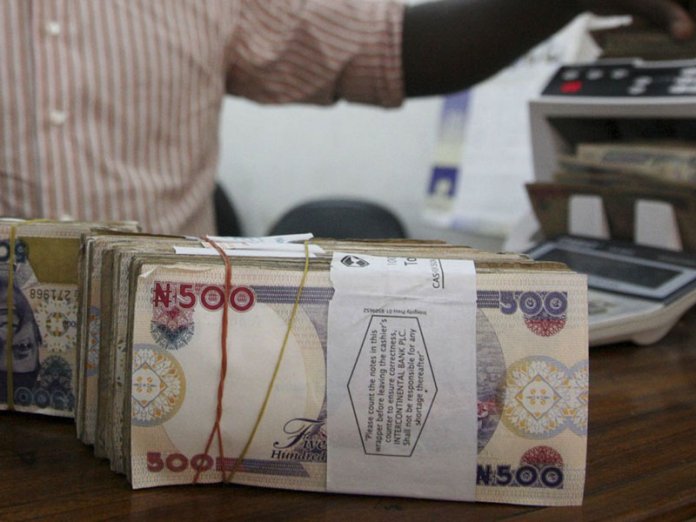 A report by a coalition of civil society groups, led by the Africa Network for Environment and Economic Justice (ANEEJ),

has revealed that 703,506 poor and vulnerable Nigerians, out of an enrolled figure of 834,948 targeted in the Nigerian social register, has so far received a total of N23.742 billion from the recovered $322.5 million Abacha loot returned from Switzerland as at December 31, 2019 under the Conditional Cash Transfer of the Social Investment Programme (SIP).

The figure, it noted, excludes amount being distributed to poor Nigerians as part of the federal government’s response to COVID-19 pandemic, from January to April.

Ugolor, who is the Head of Monitoring Transparency and Accountability in the Management of Returned Assets, (MANTRA) project, a sub-sect of Anti-Corruption in Nigeria (ACORN) programme of DFID/UK Aid, in a statement given to journalists in Abuja, said the MANTRA monitors were able to reach 73,998 beneficiaries, located in 4,540 communities, traced to 97 LGAs and in 20 states of the federation, who were captured in the data base developed by the National Social Safety-Net Coordination Office (NASSCO) as “verified by our monitors, which is an improvement from the total beneficiaries of 30, 846 in the first monitoring report wherein MANTRA covered 11 states.”

“Our mission is to ensure transparent and judicious use of the recovered Abacha funds in line with its stated purpose to ensure that recovered money is not re-looted,” he stated.

He recalled that the Federal Ministry of Justice (FMOJ) signed an MoU with ANEEJ in January 2018 to monitor the utilisation of the $322.5 million recovered Abacha loot, which Switzerland returned to Nigeria in 2017.

The money is being disbursed by the National Cash Transfer Office, now located in the Ministry of Humanitarian Affairs, Disaster Management and Social Development through payment operators to the beneficiaries in line with a MoU between Nigeria, Switzerland and the World Bank as witnessed by the Nigerian civil society at the inaugural GFAR meeting in Washington DC in 2017.

The use of the returned loot for the cash transfer programme, according to Ugolor, is in keeping with the Sustainable Development Goal 16.4, Global Forum on Assets Recovery principles and the United Nations Convention Against Corruption (UNCAC) provisions on asset recovery for which Nigeria is a signatory to all these instruments.

On the findings of the field monitoring, he said: “We had four objectives in our monitoring plan and we deployed a total of 1456 monitors across the country in the exercise using a 21 per cent sample size.

“We also hired an audit firm for the upstream (Central Bank and National Cash Transfer Office), and Midstream (payment operators) monitoring. While our field monitors were deployed mainly for the downstream monitoring, covering the State Cash Transfer Offices (SCTO) and local government areas), making it an end-to-end monitoring.

“Our first objective was to ascertain targeting of payments to specified beneficiaries. By the end of the first year of our monitoring, majority of beneficiaries identified their community leaders as the source of their enrollment into the social register.

“Our objective 2 has to do with beneficiaries’ grievances and how they are addressed. At the end of the first year, we observed that less than half of the total complainants (43 per cent) had registered their complaints. The complaints received include: request for increase in base stipend, third party deductions, ID card related challenges, delayed payments, irregular or late payments, tedious payment processes and distance to payment points. We discovered, however, that only 22 per cent of such complaints were resolved and this remains some of the challenges facing the scheme which needs improvement.

“Our third objective is the total amount of the recovered $322.5 million disbursed. N24,658,072,000 was disbursed by the NCTO to the Private Service Operators as at 31 December 2019 of which N23,742,580,000 go to the beneficiaries. We also found that only 72.5 per cent of the agreed 80 per cent was part of the Abacha loot in the funds disbursed to the beneficiaries during the period under review.”

According to Ugolor, the current nationwide disbursements of the recovered Abacha loot from January to April is part of the federal government’s response to COVID-19 and is being monitored by ANEEJ trained monitors nationwide.

The ANEEJ ED stressed the need for stakeholders’ collaboration in the fight against corruption and thanked the federal government, the UK, Switzerland and the US governments as well as the World Bank for their collaboration, which has seen to the success of the MANTRA model in achieving the level of success thus far.