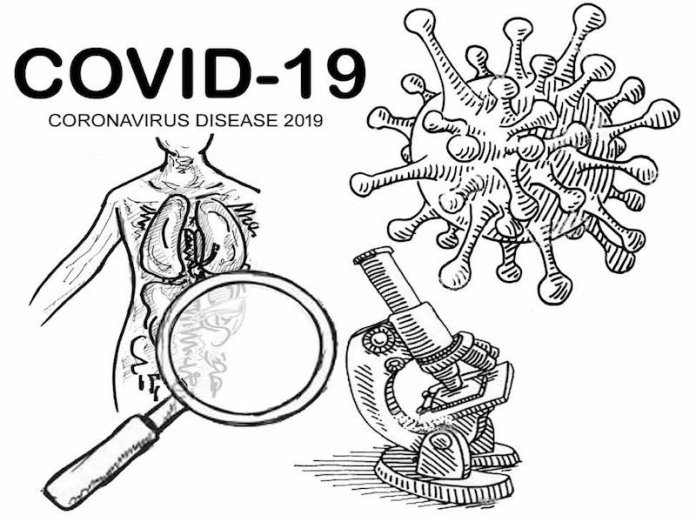 Technologies being used to fight the COVID-19 pandemic – which has claimed over 140,000 lives – may yield unexpected, but important, dividend to the fight against terrorism in Africa.

Two key facts about the nature of the virus are informing government strategies to curb the spread of coronavirus: the first is that the virus originated outside the country and secondly, the virus is transmitted by an infected person’s physical contact with other persons, objects and surfaces. As simple as these two perspectives are, they have led to partial or nationwide lockdowns in many African countries and elsewhere in the world.

Many countries banned international and domestic travel, closed their ports of entry and prohibited all “non-essential activities,” thus effectively confining people to their respective homes, apart from access to basic goods and healthcare services.

Simply put, contact tracing has become a risk assessment tool premised on the likelihood that persons exposed to individuals infected with the virus could test positive for the virus too. On an international level, hotspots were identified by the alarming numbers of confirmed cases in countries like where the virus originated. These hotspots included China, as well as Italy, Spain, the United Kingdom, France, Germany and the United States, particularly the state of New York.

Persons who had recently travelled to these locations were typically considered high risk. Many tested positive and had shared history of either visiting these countries or exposed to someone who had visited these locations.

Terrorist experts therefore ought to consider strategies being used to combat the COVID-19 virus; “contact tracing” may become an important approach when it comes to mapping the evolution of African terrorist organisations. The paradox is that the “jihad virus” in Africa has been mis-diagnosed as primarily local, making it the formidable threat it is today.

For example, it is widely understood that the origins of the global jihadi movement began in the 1979 Afghan-Soviet war of the mujahideen under the leadership and inspiration of the Palestinian Islamic scholar, Abdullah Azzam. Since then, the Middle East has been the epicentre of jihadist activity, particularly post 9/11 and the Arab Spring.

Terrorism “contact tracing” would therefore assume that anyone with links to persons from, or themselves attempting to travel, return or reside in theatres of jihad like Afghanistan, Iraq, Syria or Pakistan may have connections to Al-Qaeda or the Islamic State, with the likelihood that they may have been radicalised towards waging jihad under the prescripts of these terrorist organisations. Therefore, some type of epidemiological analysis or strategy could prove useful to understanding and curbing the threat of African terrorist organisations.

Let’s take the case of Al-Shabaab; although it’s difficult to determine exactly how many Somalis travelled to participate in the Afghan-Soviet war and how many returned, my own initial research on the group in this regard identified four prominent members. Ibrahim Haji Jama Mee’aad ‘Al-Afghani’ who played a key role in structuring Al-Shabaab in its early years. Aden Hashi Ayro, one of Al-Shabaab’s founding members. Hassan Dahiir Aweys, who assisted in facilitating some of Al-Qaeda’s early operations in Mogadishu, and Al-Shabaab’s former leader Ahmed Aw Abdi Godane.

My research also confirmed that Osama bin Laden’s deputy, Abu Ubaidah al-Banshiri, who headed Al-Qaeda’s East African operations, was instrumental to the establishment of Al-Qaeda’s own East African branch by funding and training of Somali militants against the US and Somali government forces.

My research determined that this group of individuals were not only key to the establishment of an affiliation between Al-Shabaab and Al-Qaeda, but they may have been of considerable value to their organisation in light of their militant experience.
Why is this important to the “contact tracing” conversation? Because exposure to jihadist ideology and links to foreign operatives determines the ideological, strategic and operational capacities of an African terrorist organisation.

An upcoming book by respected scholar, Jacob Zenn’s, Unmasking Boko Haram: Exploring Global Jihad in Nigeria argues that merely looking at jihadism through the lens of local factors fails to sufficiently explain the evolution of jihadism in Nigeria. It’s akin to looking at the COVID-19 infections without acknowledging the international nature of the disease.

Zenn argues that although there is certainly an instigatory role local factors play in African jihadist movements: from the political climate in Sudan under Omar al-Bashir and Hassan al-Turabi’s ideological influence endorsing Osama bin Laden’s residence, to the 1991 Algerian civil war leading to the emergence of the Islamist guerrillas now established as Al-Qaeda in the Islamic Maghreb (AQIM), to the ousting of Siad Barre in Somalia that same year leading to a complete state of anarchy, to the socio-economic marginalisation of the Muslim community in Northern Nigeria, clashes with Christians against the emergence of Islamist organisations and movements with competing ideological interpretations… each of these events created the climate for the rise of violent extremist groups whose development occurred within a wider intercontinental context far more connected than given credit for.

Therefore, understanding jihad in Nigeria requires what Zenn has employed in Unmasking Boko Haram, which is essentially a corona virus type of contact tracing of Nigerian Islamic scholars, preachers and their students to Salafi jihadist figures, theatres of jihad and movements where the ideology is practiced and most prevalent.

This work is ground-breaking because although it is well known that Africa’s deadliest terrorist organisations form part of a global network of affiliates to Al-Qaeda or the Islamic State, Unmasking Boko Haram uncovers how this came about as a result of an extremely rich history of Nigerians participating in momentous events, meetings, operations and correspondence with foreign Al-Qaeda (linked) groups and operatives abroad, the Sahel, North and East Africa.

Unmasking Boko Haram reveals that much like the COVID-19 pandemic, understanding the nature of the global jihadi movement and the key role regional and international connections play in Boko Haram/ISWAP’s past and present progress towards deadly sophistication is not only uniquely imperative, but instrumental in informing counter-terrorism strategies insofar as identifying and interrupting the constant flow of financial, ideological and operational capital transferences contributing to the capacities of African terrorist organisations.

Zenn’s book is probably one of the most important contributions to the study of Boko Haram/ISWAP, with crucial implications for the way we’ve come to learn or understood African terrorist organisations.

Brenda is a Public Policy Analyst, expert in Security studies is currently a doctoral student at the University of Pretoria